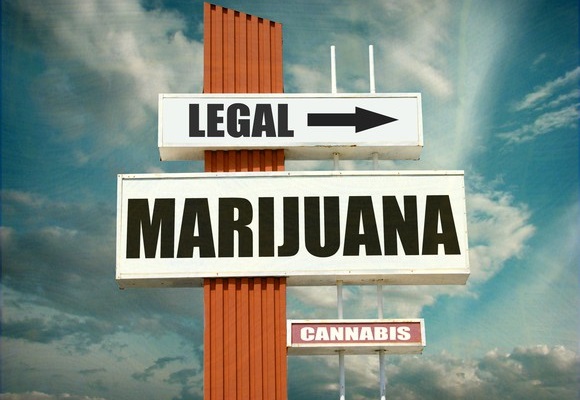 Going green has taken on a new meaning in the U.S. Thirty states plus the District of Columbia now allow legal use of medical marijuana. Eight of those states, along with D.C., also have legalized recreational use of marijuana. The numbers in both categories could be higher in the not-too-distant future.

Two states appear to be on course to legalize recreational marijuana in 2018. Another state could also join the ranks of those allowing legal use of medical marijuana. Here’s what you need to know.

Michigan already allows patients to use medical marijuana. The prospects of the Wolverine State also legalizing recreational marijuana now look better than ever.

The Michigan Board of State Canvassers gave its stamp of approval on April 26, 2018 to an initiative to put recreational marijuana legalization on the ballot later this year. Supporters needed to gather 250,000 signatures; they ended up with more than 365,000.

There’s one compelling reason why states like Michigan are considering allowing recreational marijuana: higher tax revenue. The proposed ballot measure would legalize possession and sale of up to 2.5 ounces of marijuana for recreational use, if passed. All recreational marijuana sales would be taxed at an additional 10% on top of Michigan’s current 6% sales tax. The revenue generated would be used to fund education, roads, and cities and counties with marijuana-related businesses.

Republicans are currently in control of Michigan’s legislature. Some of them are concerned that having recreational marijuana legalization on the ballot could boost voter turnout in ways that hurt their chances to maintain their majority.

It was clear nearly a year ago that New Jersey could be headed down the path to legalize recreational marijuana. Then-candidate for governor Phil Murphy publicly voiced his support for legalization.

Fast forward to today. Murphy, a Democrat, is now governor of New Jersey, and his party controls the state’s general assembly.

Some members of his own party are opposed to legalization, as well as most Republicans in the state assembly. In addition, public polls have shown that New Jersey residents have mixed views on allowing legal use of marijuana. A recent Stockton University poll, for example, found that 49% support legalization of recreational marijuana, with 44% opposed. With a margin of error at 3.65%, the poll’s results certainly don’t indicate a consensus.

Still, with the top elected official in the state pushing hard for legalization, there’s a decent chance that New Jersey will join the list of U.S. states that allow recreational marijuana. Peer pressure could make a difference in the outcome: Support is building to legalize recreational pot in neighboring New York state.

Oklahoma currently has no laws broadly allowing legal use of marijuana for either medical or recreational purposes. The state does, however, have a law in place allowing medical use of cannabis extracts that have high levels of cannabidiol (CBD) and low levels of THC (the primary psychoactive ingredient in marijuana).

However, that could change on June 26. Oklahomans will vote that day on State Question 788, which proposes legalization of medical marijuana and the establishment of a state system to tax and regulate its use. If the measure is passed, patients would be able to legally purchase medical marijuana at licensed dispensaries with authorization by a physician. They would also be allowed to grow up to six mature marijuana plants on their own.

The proposal would impose a 7% sales tax on sales of medical marijuana and would generate additional money through licensing. Three-quarters of any excess revenue from medical marijuana would go toward funding education in Oklahoma, with the remaining one-quarter used to fund drug and alcohol rehabilitation programs.

Polls taken earlier this year indicate that the majority of Oklahomans support the proposal in State Question 788. Another ballot initiative could be on the way, too. A group called Green the Vote is gathering signatures to include State Question 797 — which would legalize recreational use of marijuana — on the ballot in November.

Despite the continued increase in public support for marijuana legalization and the growing number of states allowing either medical or recreational marijuana, there remain very few decent investing alternatives to capitalize on these trends. Most of the biggest marijuana stocks are Canadian companies that don’t have major operations in the U.S. because of federal anti-marijuana laws. And most of the stocks of U.S. companies in the marijuana industry are penny stocks — which have significant risks.

However, investors might want to take a look at two U.S. stocks that could benefit from the expansion of cannabis in the U.S., and especially if additional large states like Michigan and New Jersey legalize recreational marijuana. Scotts Miracle-Gro (NYSE:SMG) and Kush Bottles(NASDAQOTH:KSHB) aren’t marijuana growers, but they could profit from growth of marijuana usage in the U.S.

Scotts Miracle-Gro sells fertilizer, hydroponics, lighting systems, and other supplies to cannabis growers. The company has placed big bets on pot, making multiple acquisitions in recent years, including the $450 million buyout of hydroponics products company Sunlight Supply only a few days ago. Most of Scotts’ revenue, though, still comes from its lawn and garden products. The stock is a less risky option than most for investors wanting to buy a marijuana stock.

Kush Bottles was the top-performing marijuana stock of the first quarter. The company makes bottles and child-resistant containers for cannabis growers and assists them with branding solutions. Kush has operations in California, Colorado, and Washington state, all of which have legalized recreational pot. The company is a lot smaller than Scotts Miracle-Gro — however, it has a much steeper valuation.

Neither stock is a perfect vehicle for investing in the marijuana industry, but there simply aren’t many options from which to choose right now. Investors might be better off looking north to Canada until the day comes when the federal government officially allows states to make their own decisions about cannabis.

Marijuana stocks are overhyped: 10 better buys for you now

When investing geniuses David and Tom Gardner have a stock tip, it can pay to listen. After all, the newsletter they have run for over a decade, Motley Fool Stock Advisor, has tripled the market.*

David and Tom just revealed what they believe are the ten best stocks for investors to buy right now… and marijuana stocks were noticeably absent! That’s right — they think these 10 stocks are better buys.

Source: 3 States Most Likely to Legalize Marijuana This Year — The Motley Fool