A Michigan university could be the pioneer in offering a cannabis degree with an undergraduate curriculum. Check out the exciting news in this post from CNBC!

The University of Northern Michigan is offering a new degree this year: medicinal plant chemistry. And apparently it pays.

“All of our graduates are going to be qualified to be analysts in a lab setting,” Brandon Canfield, the associate professor of analytical chemistry who started the program, tells CNBC Make It. That could lead to a position that pays $70,000 right out of school, he adds.

But first students have to actually graduate. According to one of the programs earliest participants, Northern Michigan sophomore Alex Roth, who has 400-level classes like Biostatics and Gas and Liquid Chromatography to get through, that’s not as simple as it sounds.

“When they hear what my major is, there are a lot of people who say, ‘Wow, cool, dude. You’re going to get a degree growing marijuana,'” Roth said, the Detroit Free Press reported. “It’s not an easy degree at all.” 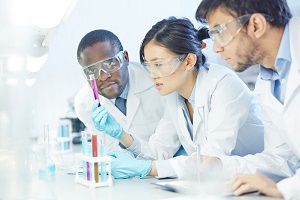 In fact, students won’t even be growing marijuana, Canfield says, though that is the first question everyone asks him.

There are a couple specific tracks offered within the major. One has a bio-analytical focus. Those students could go on to graduate programs, says Canfield, and they’ll be strong job candidates because they will have completed an independent study.

The other track is for aspiring entrepreneurs. For those students, it’s not clear what the future might hold. To offer an example of what they could do, Canfield suggests they might open a growing operation with a lab in-house.

“We have a small sample set of students right now, so we’re not sure where the greater interest is going to be,” he says, “but some students are very enthusiastic about the business track.”

He came up with the idea for the program in 2016 after attending an American Chemistry Society meeting and hearing members of the cannabis chemistry subdivision speak.

“One of the recurring themes involved the lack of preparedness or the lack of competency in a lot of the existing analytical labs,” he explains. “The speakers were expressing a great need for increased skilled laboratory technicians, analysts and oversight.”

As an analytical chemist himself, this need struck him as an opportunity.

The Detroit Free Press notes that, “while medical marijuana revenues in Michigan are estimated at more than $700 million, if full legalization of marijuana happens, as it has in eight other states and the District of Columbia, the revenues could be enormous.”

“Think about that types of regulations involved in our food,” he says. The more popular a product becomes, the more of a demand there is to regulate it. “That’s going to guarantee a perpetual need for this kind of analysis.”

So, considering the direction the industry is headed, for the students, he says, “the prospects look pretty good.”

Source: You could make $70,000 out of college with a BA in marijuana studies