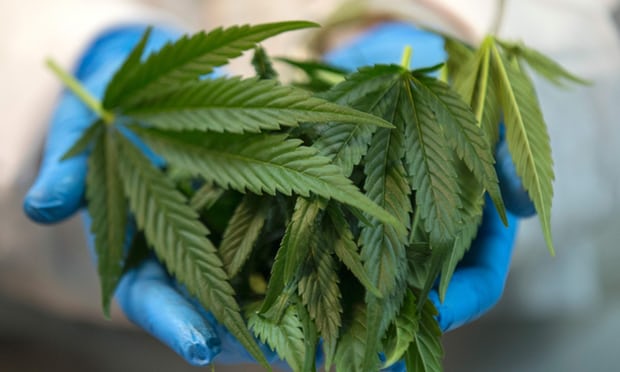 A daily dose of cannabis extract could reverse the brain’s decline in old age, a study suggests. Check out the findings of the study in this post from The Guardian.

Researchers have come up with an unusual proposal to slow, or even reverse, the cognitive decline that comes with old age: small, daily doses of cannabis extract.

The idea emerged from tests on mice which found that regular, low doses of tetrahydrocannabinol (THC) – the main psychoactive ingredient in cannabis – impaired memory and learning in young animals, but boosted the performance of old ones.

The discovery has raised hopes for a treatment that improves brain function in old age without inducing the behavioural effects well known to recreational users of the drug. To investigate whether it works in humans, the scientists plan to launch a clinical trial later this year.

“If we can rejuvenate the brain so that everybody gets five to 10 more years without needing extra care then that is more than we could have imagined,” said Andras Bilkei-Gorzo at the University of Bonn.

Research on cannabis use by adolescents has found compelling evidence that regular, heavy use can impair the memory. But the impact of the drug on older people’s brains has been far less well studied.

Writing in the journal Nature Medicine, the scientists describe how they gave a month-long course of daily THC to mice aged two months, one year, and 18 months. The mice were then tested to see how fast they solved a water maze, and how quickly they recognised familiar objects such as mice they had met before.

Without the drug, the younger mice aced the tests, while the older ones struggled. But infusions of THC had a dramatic impact on both groups. The performance of the younger mice plummeted on THC, while older mice improved so much that their scores matched those of healthy drug-free young mice. The benefits lasted for weeks after the infusions ended. None of the mice displayed the strange effects one might expect from doses of THC.

“These results reveal a profound, long-lasting improvement of cognitive performance resulting from a low dose of THC treatment in mature and old animals,” the scientists write. The boost in brain function was linked to an apparent restoration of gene expression in the brain to more youthful levels.

The German team believes that the drug works by stimulating what is known as the endocannabinoid system, a biochemical pathway that becomes less active with age in mice, humans and other animals. “I’m sure that what we are seeing are the long-term consequences of normalising the system,” Bilkei-Gorzo said.

David Nutt, the former government drugs adviser and professor of neuropsychopharmacology at Imperial College London, said he was not surprised at the potential for THC to improve memory in old age. “The key question now is does the same apply to humans? Clearly this needs to be tested, but it will not be possible in the UK due to the ridiculous restrictions on cannabis research occasioned by its being a schedule 1 drug.”

Michael Bloomfield, a clinical lecturer in psychiatry at University College London said: “What is particularly exciting about this research is that it opens up a whole new chemical system, the endocannabinoid system, as a potential target for new avenues of research, which could include illnesses like dementia.

“However, we are still in very early days and further research is needed,” he said. THC produces complicated and sometimes apparently opposite effects depending on the dose, the age of the person taking it, and how often the drug is administered, he warned. “This means that the possibility of doctors potentially prescribing cannabis, THC or similar compounds for memory problems in older people is still a long way off,” he added.

Featured image: Older mice given THC improved so much that their performance in tests matched those of healthy drug-free young mice – and benefits lasted for weeks after the infusions ended. Photograph: Jack Guez/AFP/Getty Images