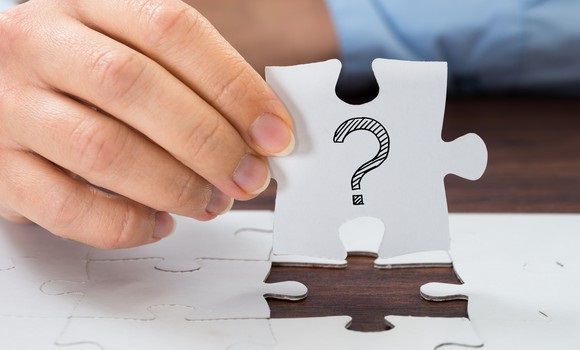 A landmark cannabis lawsuit that has the potential to reshape the medical cannabis policy, has been filed against Jeff Sessions and the DEA. Read more in this post from The Motley Fool.

There are few industries with a faster growth rate at the moment than legal marijuana. In a 2017 report from Marijuana Business Daily titled “Marijuana Business Factbook 2017,” it was forecast that U.S. legal cannabis sales would increase by a whopping 45% in 2018. Much of this growth probably stems from California’s legalization of recreational weed in November 2016, and opening its doors to adult-use sales on Jan. 1.

Growth is also a function of favorability. Five separate national polls have been conducted since April of last year — CBS News, Quinnipiac University, Gallup, Pew Research Center, and Fox News — and all five have found support for legalization ranging from a low of 59% to a high of 64%. Quinnipiac University also found in its August poll that 94% are in favor of legalizing medical weed nationally, compared with just 4% who opposed the idea.

Marijuana’s scheduling is a nightmare for businesses and medical patients

But in spite of this clear public support, and the rapid sales growth that has the potential to create jobs within the cannabis industry and in industries that help support the marijuana supply and distribution chain, it remains a Schedule I substance at the federal level. As a Schedule I substance, cannabis is wholly illegal, on par with LSD and heroin, is considered to be highly prone to abuse, and has no recognized medical benefits.

This Schedule I classification can be a nightmare for pot businesses, researchers, and medical patients. Businesses often have little or no access to basic banking services due to the fact that financial institutions report to the Federal Deposit Insurance Corporation, a federally created entity. Offering any financial services to a pot company could be viewed as a criminal and/or fineable offense.

Meanwhile, researchers have to deal with a mountain of red tape. With only one approved cannabis grow facility in the U.S., at the University of Mississippi, clinical tests to highlight the benefits or risks of marijuana are practically impossible to get off the ground.

The DEA and Jeff Sessions dig in their heels

Were this not enough, the U.S. Drug Enforcement Agency (DEA) and Attorney General Jeff Sessions have quashed any chance of reform in recent years.

The DEA, with the help of the Food and Drug Administration, examined the benefit and risk profile of cannabis back in 2016 at the behest of two petitions. Ultimately, the DEA chose not to reschedule marijuana. The DEA cited marijuana’s high potential for abuse, the fact that it has no currently accepted medical use, and the lack of accepted safety under medical supervision as reasons it wasn’t altering its stance. What’s more, since it often takes years for the DEA to take up petitions, regulators are unlikely to review it again for a long time.

At the same time, Sessions is aiming to make life as difficult as possible for the cannabis industry. Last year, he sent a letter to a few of his congressional colleagues to see if the Rohrabacher-Farr Amendment (also known as Rohrabacher-Blumenauer) could be repealed. This is an annually approved budget amendment that protects medical marijuana businesses from federal prosecution. Thus far, Sessions has been unsuccessful.

However, Sessions was able to rescind the Cole memo on Jan. 4. The Cole memo was a loose set a “rules” that legalized states agreed to abide by to keep the federal government out of their business, so to speak. Things like ensuring that weed grown within a state stayed there, and keeping kids away from pot, were among the top priorities outlined in the Cole memo. Its rescinding will allow state-level prosecutors to use discretion when bringing cannabis charges against people and businesses, even those operating in legal states.

Sessions, who has previously suggested that “good people don’t smoke marijuana,” and is against the idea of using pot to fight opioid addiction, is certainly no friend of the weed industry.

Medical marijuana supporters are bringing the fight to Washington

But rather than sit idly by while Sessions targets an industry that’s gaining support from the public, a group of medical cannabis supporters is fighting back.

Recently, a lawsuit was filed by five plaintiffs that targets the constitutionality of keeping cannabis as a Schedule I substance via the Controlled Substances Act. In particular, the lawsuit names both the DEA and Sessions as defendants. The plaintiffs include Army veteran Jose Belen; former NFL player Marvin Washington, a co-founder of a hemp-based performance products company; 12-year-old Alexis Bortell, who suffers from epilepsy; 7-year-old Jagger Cotte, who has a severe neurological disorder known as Leigh’s syndrome; and the Cannabis Cultural Association, which focuses on helping minorities in legal states.

The 98-page suit dishes out a number of allegations, according to Newsweek, including:

The big question that needs to be answered

The real battleground here is whether medical cannabis offers benefits or not. Sessions has gone so far as to suggest that the opioid crisis began with marijuana and other drugs, and seems unwilling to explore the possibility that cannabis could be used medicine.

On the other hand, a number of early-stage university studies have demonstrated what look to be signs of a clinical benefit. Last year, the University of Bonn and Hebrew University found that giving tetrahydrocannabinol (THC), the psychoactive component of cannabis, to older mice helped improve their cognitive function. Specifically, when given THC, older mice were finishing a lab maze in a similar time as younger mice. That would imply that THC may have the potential to positively affect brain-related disease, such as Parkinson’s or Alzheimer’s disease.

Beyond just loose studies, cannabinoids from the cannabis plant have demonstrated positive benefits, too. GW Pharmaceuticals (NASDAQ:GWPH), a clinical-stage drug developer focused on cannabinoids, recently filed a new drug approval application with the Food and Drug Administration for Epidiolex, a cannabidiol-based medicine for two rare types of childhood-onset epilepsy. In two separate late-stage trials for each indication, Dravet syndrome and Lennox-Gastaut syndrome, Epidiolex handily met statistical significance in terms of reducing seizure frequency relative to baseline compared to the placebo.

Is cannabis successful at treating all ailments? No. There have been plenty of studies that’ve fallen flat, including a late-stage cancer pain trial that involved GW Pharmaceuticals’ Sativex in the United States. The key point, though, is that cannabis does appear to offer some sort of medical benefit to select groups of patients, at least according to the dozens of studies I’ve perused over the years.

This cannabis case will shape the industry for years to come

And don’t think for a moment that anyone has a clue how this lawsuit will turn out. I recall that a lawsuit by Republicans in the House against the Affordable Care Act’s cost-sharing reductions in 2014 wasn’t given much of a chance of success. Two years later the GOP prevailed, and in 2017, President Trump dropped an ongoing appeal put in place by the Obama administration and did away with cost-sharing reductions.

In other words, any outcome is possible here, and this landmark cannabis case has the potential to shape, or should we say reshape, the intermediate and long-term outlook for the pot industry in the United States. In short, keep your eyes peeled, because the fireworks are about ready to fly.

Source: A Landmark Marijuana Lawsuit Has Been Filed Against Jeff Sessions and the DEA