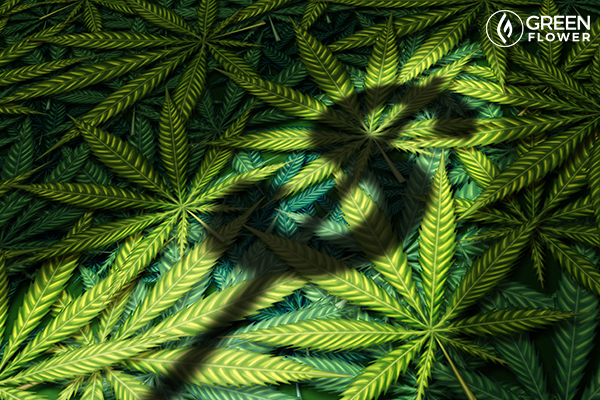 As the momentum of cannabis and hemp legalization continues, several industries must learn how to adapt. This post from Green Flower reveals the five most affected industries.

In the words of cannabis icon Bob Dylan, “the times, they are a-changing.”

Cannabis is now legal for adult-use in nine states and for medical use in 30 states.

Congress is currently working toward de-scheduling hemp in an update to 2014’s Farm Bill that permitted industrial cultivation of cannabis’s versatile cousin.

Companies and industries that may be affected by increased legalization had better start swimming, or they’ll sink like a stone.

For better or for worse, cannabis and hemp legalization will have an impact on some of our country’s larger industries.

Some will be boosted by the change, while others may find themselves suddenly needing to make up lost profits that are instead being funneled into the fast-growing hemp and cannabis industries.

Here’s are 5 industries that will be most heavily impacted by the rise of cannabis and hemp as potentially marketable crops.

Because of the damage that the therapeutic power of cannabis could do to profits, the pharmaceutical industry – with a few exceptions – is in no hurry to see the plant legalized.

One report estimated that medical cannabis could siphon as much as $4 billion in profits from the pharmaceutical industry each year. As the top-earning pharmaceutical company in the country, Pfizer alone could lose as much as half a billion dollars in revenue each year.

This is largely due to the wide range of medical conditions and symptoms that can be eased by treating them with cannabis instead of turning to prescription medication, which includes:

Essentially, cannabis is a natural and exponentially less expensive alternative to potentially harmful pharmaceutical drugs, and it’s becoming more validated by the medical community as an effective therapeutic treatment.

Case in point: Doctors are prescribing fewer prescriptions for painkillers and other drugs in states with legal medical cannabis programs.

Most impressively, an average doctor in these states prescribed a whopping 1,826 fewer doses of opioid painkiller medication each year.

These numbers should increase substantially as credible cannabis education continues to take hold.

Though more research needs to be done (if and when the FDA acknowledges the benefits of cannabis), the potential is clear. Cannabis has the power to offer relief and freedom to millions of people who may otherwise remain tethered to the pharmaceutical industry.

Those in the textile industry, particularly non-organic cotton, should be nervous about the rise of legal hemp as an industrial resource.

In many ways, hemp could be a dream for clothing manufacturers and designers looking for an environmentally responsible alternative to non-organic cotton.

Cotton isn’t cheap to grow, and it requires much more in terms of resources than hemp. Non-organic cotton requires 50 percent more water to grow than hemp does, and is the recipient of more than 10 percent of the world’s pesticides and 25 percent of its insecticides.

Hemp may also be an attractive option for current cotton farmers who may be seeking a new niche within the textile industry. It’s a great crop for promoting soil health, and can be used as an effective rotation crop for farmers. Hemp also acts as a natural pesticide, eliminating the need for harmful chemical use while cutting costs.

Though it currently holds just a fraction of the market that the alcohol industry does, cannabis has the potential to give booze quite a run for its money.

One recent study showed that in counties with legal medical cannabis programs, alcohol sales dropped by an average of 15 percent. In fact, an additional study showed that the beer industry could lose up to $2 billion in revenueif cannabis legalization continues to become more widespread.

The alcohol industry is well aware of the threat posed by cannabis.

Evidence from WikiLeaks’ 2016 DNC email dump suggests that the powers that be in the alcohol industry may have gone as far as to purchase advertising to lobby against the rise of legal cannabis, citing the issue of “marijuana-impaired driving”.

They have reason to worry; 27 percent of beer drinkers say they have switched or would switch to cannabis if it were legal in their state.

Also, unlike alcohol, cannabis won’t kill you if you take too much.

Not all industries want to see cannabis crash and burn.

With the federal government maintaining its anti-cannabis stance, banks have been apprehensive to offer loans to cannabis startup companies.

Because of cannabis’s current classification by the federal government as a Schedule 1 drug, banks who support cannabis companies face the threat of prosecution for money laundering.

However, as the plant becomes more accepted by individual states, banks are beginning to warm to the idea of working with cannabis businesses. The cannabis market expected to hit $57 billion by 2027, according to Arcview and BDS analytics, so it’s no surprise that they might be looking to grab a piece of the pie.

2017 saw a rise in the number of banks that were willing to provide service to cannabis companies and dispensaries, bringing the number from 340 to 400 banks nationwide.

Banks who do choose to work with cannabis-focused business do so at their own risk; in June of 2018, the Senate Appropriations Committee shot down a proposal that would have protected banks who opt to do business with cannabis companies.

Much like the way that beer and wine are closely intertwined with the tourism industry, legal cannabis has brought a significant boost in tourism to the states whose laws allow it.

In 2017 alone, Colorado welcomed 86 million out-of-state visitors, who spent almost $21 billion during their visit to the Rocky Mountain region.

Some businesses are taking advantage of the boom by catering their services toward tourists who are in town to enjoy the local cannabis scene.

Visitors to many cannabis-friendly states have the opportunity to enjoy guided tours of grow houses and dispensaries to get a feel for how the industry operates on the ground level.

On a typical tour, guests will receive an up close and personal look at the process of growing, harvesting, and curing cannabis, as well as tours of glassblowing facilities and cannabis dispensaries.

The food industry is also getting on board, much to the excitement of those who want to pair their kush with the local cuisine.

As more states take a less prohibitive stance toward cannabis, time will tell how legalization affects tourism in a long-term sense. Certain areas may establish themselves as geographical hubs within the industry, as California wine country has done in the U.S. wine industry.

In the meantime, cannabis connoisseurs across the nation can watch as the cannabis industry continues to grow.