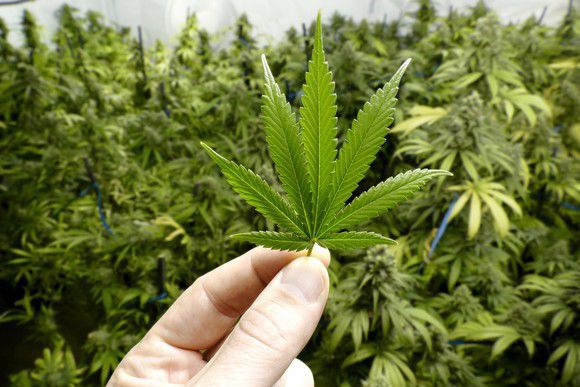 Marijuana stocks are doing well but they’re not alone. This post from host.madison.com reveals some fast-food chains have been gaining big from a rise in cannabis use.

At the federal level, marijuana is a wholly illegal substance currently categorized as schedule I. As a schedule I drug, it has no recognized medical benefits, and is thusly considered to be just as dangerous as heroin or LSD.

However, in spite of this scheduling, legal weed is growing by leaps and bounds at the state level. In just 22 years, we’ve gone from having zero states being authorized to prescribe medical cannabis and sell recreational weed to 29 medical-legal and eight adult-use-legal states today.  Organic growth within these legal states, along with the expectation that new states will look to legalize medical cannabis or recreational pot, is expected to boost legal U.S. weed sales by 300% to approximately $17 billion between 2016 and 2021, according to a report from Marijuana Business Daily that was released earlier this year.

As you might have rightly imagined, marijuana stocks have done particularly well over the past couple of years. After all, it’s not often you see industries consistently growing at 30% a year, give or take 5%. Businesses directly involved in the marijuana supply chain, such as growers, processors, and retailers, have all seemed to benefit. But they’re not alone. 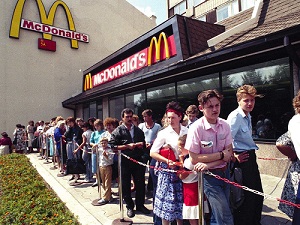 According to a newly released analysis from Green Market Report and Consumer Research Around Cannabis, certain fast-food chains have been benefiting in a big way from a rise in cannabis usage. As some of you might know, increased appetite, or “the munchies,” are a common side effect of using marijuana.

Green Market Report, after accepting around 27,500 online surveys, found that over the past four weeks of its study, McDonald’s (NYSE: MCD) was, by far, the most popular destination of marijuana users. Over this four-week period, 43.4% of pot users had visited the Golden Arches, and that’s not something to grimace about. Despite the second-most popular fast-food chain changing from city to city in the survey, McDonald’s lead wasn’t challenged.

Beyond McDonald’s, Yum Brands’ Taco Bell came in second, with 18.3%, Wendy’s was third, at 17.8%, and Burger King, owned by Restaurant Brands International, was fourth, at 17.6%. All of these results were notably higher for cannabis users than those folks who had not used marijuana over the previous four-week period. After Burger King, there was a pretty big drop-off between fifth and tenth, with Subway, KFC, Arby’s, Chick-Fil-A, Jack in the Box, and Carl’s Jr. rounding out the top 10, in that order.

Why McDonald’s? Jeff Stein, Vice President of Consumer Research Around Cannabis, said: “McDonald’s wins by virtue of the sheer number of locations — by default really. Those competitors which better understand cannabis users and their consumer habits can certainly close the gap by integrating what they learn through their marketing efforts.”

Though exciting, it’s also important to keep in context that very few places around the world afford consumers the legal right to use cannabis, so the positive impact of pot users getting the munchies is still likely negligible when looking at McDonald’s sales and profits, as a whole. However, considering that Canada may be on the verge of legalizing adult-use marijuana, Mexico recently legalized medical cannabis, and more U.S. states could legalize recreational and/or medical weed in the months or years to come, this nascent trend could become an actual needle mover in the future.

It’s not just the McDonald’s of the world that are potentially benefiting from the green rush. A handful of out-of-the-box industries are, too.

For example, Scotts Miracle-Gro (NYSE: SMG) has embraced marijuana’s expansion with open arms. Though around 90% of the company’s sales still are derived from its core lawn and garden operations, the remaining 10% is now generated from its fast-growing subsidiary, Hawthorne Gardening Co. This subsidiary has been an active acquirer, and it’s angled its operations at hydroponics, which uses nutrient solutions in a water solvent to grow plants, as opposed to traditional soil. The goal of this is to appeal to medical cannabis businesses and improve their crop yields.

Hawthorne also sells soil nutrients and lighting solutions for the medical weed industry. This subsidiary is allowing Scotts Miracle-Gro to take advantage of pot’s rapid growth without putting too much skin in the game.

Another company that very well could be benefiting is Cree (NASDAQ: CREE), a manufacturer of high-efficiency LED lighting and lighting systems. The traditional lighting solution for cannabis growers is to use high-pressure sodium (HPS) lights. But HPS lights tend to create a lot of heat and draw a lot of electricity

Comparatively, LED lights run at a lower wattage and produce less heat, making them potentially ideal for growers. The downside? They cost a lot more up front, and there’s no guarantee the legal weed business lasts for the long term. It’s unclear just how much of a benefit, if any, Cree has seen from the expansion of the marijuana industry in North America, but I guess it’s been a positive for the company.

What non-traditional company will be next to benefit from the green rush? Only time will tell.

When investing geniuses David and Tom Gardner have a stock tip, it can pay to listen. After all, the newsletter they have run for over a decade, the Motley Fool Stock Advisor, has tripled the market.*

David and Tom just revealed what they believe are the ten best stocks for investors to buy right now… and McDonald’s wasn’t one of them! That’s right — they think these 10 stocks are even better buys.