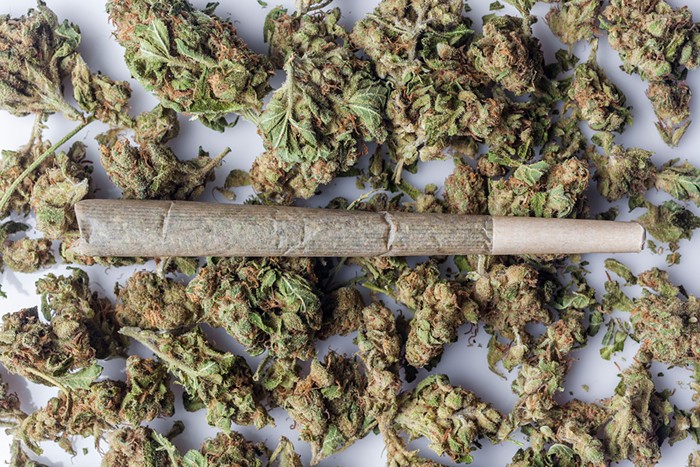 There’s still so much to learn about the potential of this multifunctional plant to replace pharmaceutical medications. This post from Portland Mercury highlights four marijuana uses other than getting high.

IGNORANCE HAS TARNISHED the almighty marijuana plant’s reputation for a long-ass time. Thinly veiled propaganda campaigns have swayed popular opinion against it for more than a century for no justifiable reason. As the mainstream slowly wakes up to this realization, a wave of curiosity about how it can be used for the benefit of society continues to grow, with Oregon’s legal recreational program at the forefront.

Everyone knows that weed gets you high. But what else does it do? There’s growing research to suggest that it has a powerful potential to heal. Move over THC (tetrahydrocannabinol), there’s a new star in cannabinoid town. CBD, or cannabidiol, is showing itself to be quite the mover and shaker when it comes to treating health issues such as arthritis, chronic pain, psoriasis, anxiety, depression, and a host of others conditions that normally rely on pharmaceuticals. CBD’s anti-inflammatory properties are part of what make it so powerful in helping with pain relief.

There’s a lot you can do with this magical herb other than get recreationally baked. Here are several of the more popular ways to use cannabis, besides of course, helping save an economy.

Everyone suffers from the jitters and the blues every once in a while, but that’s no excuse to run to the nearest weed store, is it? Actually, it just might be. Anxiety is proven to respond well to strains higher in CBD, and the antidepressant and anxiolytic properties found in cannabidiol are likely the reason. Walk into any weed store and the budtenders will be happy to point you toward strains that are celebrated for their calming effect.

More than 40 million Americans suffer from arthritis and chronic pain due to inflammation, and a quick internet search will bring up several academic articles on how cannabis is being used to effectively treat these disorders. Lab studies show that the pain and swelling caused by inflammatory joint diseases, in particular, can be treated by the anti-inflammatory compounds in CBDs and other cannabinoid derivatives. CBD-infused oil has been a popular choice of medication for this because of its high concentration and easy ingestibility.

There’s a long tradition in Jamaica of using cannabis, and in particular cannabis tea, to treat morning sickness and nausea from pregnancy, among other things. It’s a preparation made with an infusion of canna butter or canna oil steeped in water that metabolizes slower than smoking the plant, which is what helps with sustained relief over a longer period of time. THC helps with the nausea, and any anxiousness brought on by it can be counterbalanced with a cannabis strain that has an equal amount of CBD. One should keep in mind that there have been very few academic studies done on exactly how cannabis affects unborn children, but tradition as well as widespread testimony holds that, used in this way, it has no particularly negative impact.

A preparation of hemp seed oil infused with a high-CBD, low-THC strain of cannabis applied topically has showed remarkable results in treating the inflammation associated with psoriasis and eczema. It has been observed that cannabinoids are also readily absorbed into the skin, which makes it an ideal method of treatment, although the regulatory effect of THC on the immune system is also present in preparations taken orally. Sufferers are rejoicing over this holistic method of treatment that brings much need relief, especially during the drier winter months.

There’s still so much to learn about the power of this multifunctional plant and its potential to replace pharmaceutical medications that often have negative side effects, but it can only happen with the help of proper understanding. Let’s hope we have the opportunity to embark on even greater research in the future, hindered as little as possible by unnecessary regulation.

Source: Four Ways to Use Weed Other Than Getting High – The Cannabis Issue 2016 – Portland Mercury