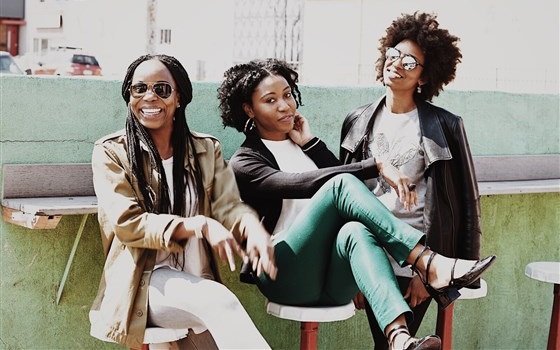 Cannabis enthusiasts create a cannabis media company to cash in on the green rush. Read, in this post from NBC News, about their aim to highlight minorities in the legal cannabis industry.

U.S. Attorney General Jeff Sessions has made it no secret that he wants to make marijuana illegal in every state. As of now, it is recreational use is legal in several states, including Alaska, Colorado, Maine and yes, even Washington, D.C. Yet, new cannabis businesses pop up everyday as savvy entrepreneurs find ways to cash in. In 2016, Whoopi Goldberg launched a successful marijuana line for menstrual cramps available in California.

According to Marijuana Business Daily, whites make up over 80 percent of marijuana business owners, compared to only 4.3 percent of blacks. Yet, more minorities are getting on board. Black women are leaving a mark on the “Green Rush” and making their own green dollars. Digital content creators Safon Floyd, 36, from Miami, Kali Wilder, 36 from Kansas City, Missouri and Sirita Wright, 36 from Maryland, were not going to be deterred by the cannabis controversy or dismal stats. They launched EstroHaze, a cannabis media company, after graduating from Canopy, one of the nation’s top cannabis accelerators.

Safon, Kali and Sirita shared with NBCBLK what they hope to accomplish with their business, challenges they have faced and outlook of the business.

NBCBLK: TELL ME WHY YOU CHOSE TO GET STARTED IN CANNABIS?

SAFON: I chose to get started in cannabis, particularly cannabis media, because it is the perfect marriage of two things that I respect, know and love – cannabis and sharing stories. I also chose to get started in this space because of a blatant void that needed to be filled — raising the minority voice in this new industry where, frankly, the minority female presence was bleak, to say the least. I, along with my co-founders were equipped and convicted to fill to this void.

KALI: With the explosive growth in the industry as more states came on board, we wanted to learn more. We started attending meet ups like High NY and Women Grow meetings, and began to see the diverse types of entrepreneurs in the space.

WHY GET STARTED IN THE BUSINESS NOW?

SAFON: The timing couldn’t be any more impeccable. Now, is the time that this industry is rapidly growing — by the moment. Us getting in on what feels like the ground up allows us the space and opportunity to establish, build and infiltrate. Hopefully, the impact will last for generations to come.

WHAT SURPRISED YOU WHEN YOU FIRST GOT STARTED OTHER THAN THE LOW NUMBER OF MINORITIES IN CANNABIS?

KALI: There are still low numbers of minorities on the retail side but the ancillary side was different. There were women diving into this space, mainstream media just wasn’t seeing them.

HOW DO YOU DEFLECT THE STEREOTYPES OF CANNABIS WHEN YOU MEET PEOPLE OUTSIDE THE BUSINESS OR EXPLAIN TO SOMEONE WHAT YOU DO ON THE GROCERY LINE?

SAFON: Believe it or not, as media coverage expands and the benefits of the plant are becoming publicized, people, including my mom (which says a lot), are growing to be a lot less sensitive about cannabis than they once were.

KALI: I attack those from a few different standpoints based on who it is. I break down the lives it saves, the science of the plant, the ways regulation works, the communities it’s impacted, the different ways to consume. Lots of people don’t know you don’t have to be “high” to enjoy the benefits of the plant.

SIRITA: I am unapologetic. Cannabis is saving lives, creating jobs and a huge opportunity for people of color to attain generational wealth.

WHERE DO YOU SEE ESTROHAZE THIS TIME NEXT YEAR?

SAFON: This time next year, EstroHaze will be producing original programming, shopping around a show or two, hosting epic events in thriving and emerging markets, all while continuing to lift the voices of minority women in this space.