‘Health Effects of Cannabis’ tops National Academies’ 2017 bestseller list. Topping the chart is a significant indicator of interest. This post from Leafly highlights how, now more than ever, a whole lot of people want scientifically accurate information about cannabis.

The National Academies of Sciences, Engineering, and Medicine just released their 2017 bestseller list, and here’s what topped the list: The Health Effects of Cannabis and Cannabinoids: The Current State of Evidence and Recommendations for Research. 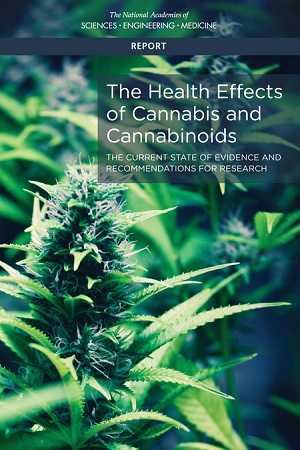 The National Academies are three separate academies of leading researchers and scholars, organized under the federal government, that provide scientific analysis and advice to the nation. In 2017, the organizations published a total of 323 reports, but none was purchased and downloaded more than The Health Effects of Cannabis. That means a whole lot of people want scientifically accurate information about cannabis.

Topping the chart isn’t an insignificant indicator of interest. The National Academies put out a number of reports on urgent headline matters including immigration, CRISPR genome editing, health equity, Alzheimer’s and dementia, and climate change. And yet cannabis drew the most downloads.

The report, published in January 2017, leans toward caution on cannabis, as would be expected from a federal organization. USA Today’s headline summed it up: “Marijuana can help some patients, but doctors say more research needed.”

What else made the National Academies’ chart?

3. The Economic and Fiscal Consequences of Immigration

9. Information Technology and the US Workforce: Where Are We and Where Do We Go from Here?