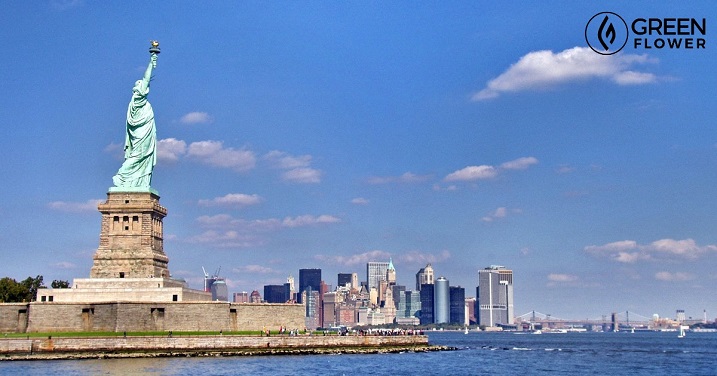 The effort to legalize cannabis in New York received a huge boost when a state-conducted study had favorable things to say about cannabis legalization. This post from Green Flower shares the story in more detail.

Momentum for cannabis legalization in New York State has never been greater, and efforts to make legalization a reality there received a huge boost last week.

The state of New York conducted a study which looked at various cannabis policy factors and the results of the study were released last week.

Results from the study were very favorable. The study provided many conclusions that cannabis advocates have been touting for years.

New York State does not have a citizen initiative process, which is how most other legal states have achieved legalization.

Because of the lack of initiative process, it’s extra amazing that New York’s government found favorable things when they researched the benefits of cannabis reform.

What did the report find?

Governor Cuomo has long been an opponent of legalization, often referring to cannabis as a gateway drug despite the fact that the gateway drug theory was debunked a long time ago.

With that in mind, it was significant to see that the study found the following:

The study, conducted by New York’s Department of Health, instantly became one of the strongest arguments in favor of legalization in New York.

How much money would New York State make from legalization?

According to the Department of Health’s study, New York State would make a tremendous amount of money via tax revenues from legal cannabis sales.

The report estimated that New York’s adult-use cannabis industry would generate roughly 1.7 billion dollars in sales if cannabis were legal.

Those cannabis sales would generate an estimated $200 million to $600 million in state and local tax revenue.

Tax revenue estimates for New York State would depend on what the tax rate would ultimately be.

To put that figure into perspective, Colorado generated roughly $247 million in cannabis taxes and fees in 2017.

The Drug Policy Alliance has been working towards ending cannabis prohibition in New York State for a long time. News of the study’s results was well received by DPA, as expected.

“We are pleased that the Governor and the State Department of Health have fully studied the existing evidence and accurately concluded that legalizing marijuana for adult use is the right choice for New York,” said Chris Alexander, Policy Coordinator for the Drug Policy Alliance.

“Now that the report has been released and its conclusions presented, we are hopeful that the Governor and the Legislature can fully shift to examining the ‘how’ and move on from the ‘if’.” he went on to say.

NORML has also been fighting for reform in New York State for many years.

“The Department of Health ought to be praised for taking a sober look at the available evidence and issuing sensible policy recommendations,” said NORML Deputy Director Paul Armentano.

The Green Flower team is hopeful that this new study will help push legalization over the top in New York State. The citizens of New York State deserve to have sensible cannabis policies!

Source: The Effort to Legalize Cannabis in New York Receives a Huge Boost