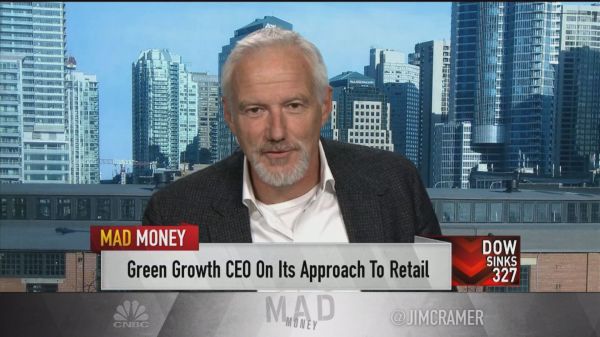 A retail industry veteran and cannabis CEO says most US cannabis stores are ‘underperforming’ their potential and are fraught with points of dissonance. This post from CNBC shares an interview with Peter Horvath.

Cannabis retail in the United States is fraught with “points of dissonance” in the stores that exist today, retail industry veteran Peter Horvath, who now runs a cannabis-focused consumer products company, told CNBC on Thursday.

Horvath, a former L Brands and American Eagle Outfitters executive whose newest employer, Green Growth Brands, will come public later this year, said he realized this when he visited 100 cannabis stores in the United States on a mission to understand the landscape.

The idea was to visit all of them quickly “so that, eventually, you can see what the patterns are,” Horvath told “Mad Money” host Jim Cramer in an exclusive interview.

“In most retail experiences, there’s too many points of dissonance. In cannabis, it’s the same, except they’re even more extreme,” the CEO said. “There are things to admire, but generally, every single store is underperforming its true market potential.”

Horvath described his experiences at the stores as “overwhelming.” Often, he said, there’s a security guard at the door in a bulletproof vest and a gun who verifies each customer’s age — “very inviting,” he quipped — followed by a well-staffed, but disorganized retail experience.

“It’s not organized in a way that’s intuitive,” Horvath said. “You’re worried: am I in line? Are they going to make me buy something if I just want to ask a question? In this case, I got to the desk, ready to buy something, and they said, ‘Did you register?’ Uh, no. ’Oh, you have to register at the desk in the front.”

That experience spoke to the disarray at many marijuana retailers that are currently operating in the United States, Horvath said, qualifying that “everybody’s doing the best they can.”

And, as an experienced retail executive leading a company backed by the Schottensteins, a family that helped build retail giants like DSW and American Eagle Outfitters, Horvath is setting out to trounce the competition.

“We think not only are we maybe the first guys you’ve met in this industry who’ve operated multi-billion-dollar businesses, have taken them public in the U.S. markets and done all those earnings conference calls, but also, we’ve built brands from scratch and brought them to consumers, competed for consumers with everyone else and the result is we came out on top,” Horvath continued. “So I’d say the team we’ve put together is arguably one of the strongest retail teams in any market, let alone cannabis.”