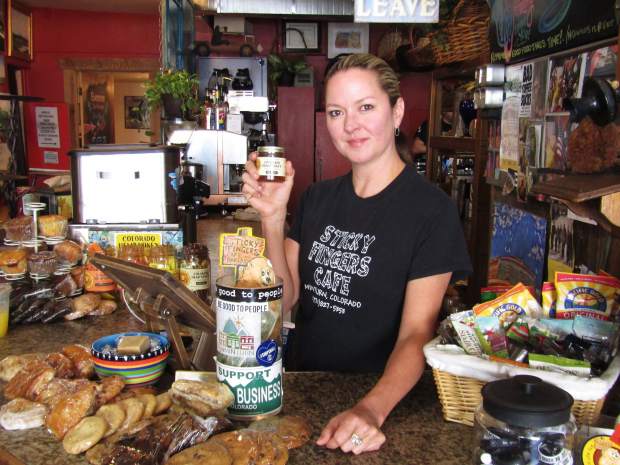 Cannabis experts and advocates are now talking about CBD as a solution for many health conditions. This post from VailDaily.com has insights on the health benefits of CBD.

When home health hospice nurse Sage Pierson was diagnosed with rheumatoid arthritis at age 40, she could have “walked into the woods and shot herself in the head,” she was in so much pain.

She tried the traditionally prescribed Humera and IV therapy but was not pleased with the results and did not like the noted side affects.

“I’m a nurse, so I decided to research alternative options, and medical marijuana kept popping up. I was very skeptical. I don’t smoke pot, never have, never will; I just want the inflammation to go away,” she recalled.

Pierson, also the former owner of Sticky Fingers Cafe in Minturn, decided to try cannabidiols, more commonly known as CBDs. Within two days, she “felt like her normal self.”

Dr. Mark Scialdone, Ph.D., president and principal consultant at BetterChem Consulting Inc., was a keynote speaker at Harvard Medical School’s CannMed conference in April. The cannabis conference was a “gathering of the greatest minds in medical cannabis research.”

According Scialdone, cannabinoids are chemical compounds found in the cannabis plant, and the two most commonly discussed are tetrahydrocannabinol, or THC, the cannabinoid responsible for a euphoric high, and cannabidiol, or CBD.

“Some cannabis plants have only THC, some have only CBD, and some have both. THC gets you high, and CBD does not,” Scialdone explained via email. “That’s because THC binds to a receptor in the brain that CBD does not bind to.”

All prospective “budtenders,” the industry title given to dispensary workers who handle marijuana sales, study an extensive guide detailing the different spectrums of cannabinoid.

“We only sell the ones with THC,” Roots Rx budtender Brooke Abercrombie said.

The Eagle-Vail branch of the Native Roots store even has a cannabinoid specialist on staff to answer questions and help customers sift through the plethora of products and options.

Hemp balms are what Pierson uses and credits for giving her life back and enabling her to hike Colorado 14ers again. Prior to using the balms, which contain CBDs, Pierson’s knees would swell like volleyballs and she had difficulty sitting down in addition to performing day-to-day tasks. Four years since she started using the CBDs, Pierson is doubtful she will ever return to allopathic medicine.

“CBDs are great anti-inflammatories. And they are not going to chew up your stomach like ibuprofen is. I can take CBDs in the a.m. and know that I am going to hike Holy Cross in two hours,” she said.

“Whenever a medicated herb can provide relief to a medical condition or illness it should not only be allowed, it should be encouraged before taking (Food and Drug Administration)-approved drugs with their long list of toxic side effects,” Scialdone said.

Most NFL players have now recognized the link between concussions on the field and chronic traumatic encephalopathy later in life. Many find pain relief from cannabis, which also protects and restores the brain, he said.

“CBD helps control the symptoms of epilepsy and other diseases. This has been known for a while. I helped develop The Remedy Oil with Elite Cannabis of Loveland in collaboration with Dr. Alan Shackleford,” Scialdone said of a woman who helped ease her minor-daughter’s pain through CBDs.

Pierson sold Colorado Hemp Honey at Sticky Fingers because hemp extract contains only CBD oil, which is legal to sell as a dietary supplement. Each morning, she puts it in her tea.

“I remember thinking, ‘hogwash this isn’t going to work,'” she said to a customer in her store.

The customer purchased two jars of honey after hearing Pierson’s story. A second customer overheard the conversation and bought honey sticks for her daughter, who suffers from allergies.

Pierson is so passionate about CBDs that she is thinking of returning to nursing school to study holistic nursing, and yes, she does recommend the products to her hospice patients.

“Anything we can do besides prescribing opioids for pain will be beneficial,” she said.

Medical marijuana is the second most popular search — unclaimed property is No. 1 — on the Colorado government website. Proponents of medical marijuana products such as tinctures, honeys, candies and topical creams claim the medicinal drugs help with epilepsy, cancer, depression, anxiety, psychotic disorders, chronic pain, diabetes, inflammation and psoriasis and can promote brain growth.

The Colorado Department of Public Health and Environment has even funded research on the medical benefits of marijuana use. The public health and environment’s website offers additional information, including health care professional resources, scientific literature review of health effects, monitoring marijuana-related health effects, trends in marijuana use and retail information for the general public.

And while the site lists pain relief, it is related to THC and not CBDs. In fact, a search on cannabidiol or cannabidiol oil brings zero results.

Dr. Daniel Vigil, program manager at Marijuana Health Monitoring and Research Program, wrote via email, “The vast majority of scientific research available is on whole marijuana (not distinguishing the cannabinoid content), or on THC. Research on CBD is mainly looking at possible benefit for specific medical conditions. We have not reviewed this research, since our focus is on possible health effects among the general marijuana-using public.

“CBD content of marijuana products is tracked by the Marijuana Enforcement Division, through the mandatory testing and reporting of all products. This data has not been used for following trends or for research, to my knowledge.”

The National Academies of Sciences, Engineering and Medicine released a report on The Health Effects of Cannabis and Cannabinoids: The Current State of Evidence and Recommendations for Research. The 468-page study covers everything from the history of cannabis to cannabinoid-based medication.

The FDA has licensed dronabinol and nabilone based on cannabinoids.

However, a cursory glance at the FDA website states while these drugs have been approved, “the FDA has not approved any product containing or derived from botanical marijuana for any indication. This means that the FDA has not found any such product to be safe or effective for the treatment of any disease or condition.”

The Vail Valley Pharmacy does not sell any CBDs because it is against the law for pharmacies, as they are governed by federal, not state, laws.

Pierson has had so much success with the CBDs that she used a tincture version for her beloved dog, Ozzy. The 12-year-old pooch had bone cancer and was given two months to live.

“That dog was always by my side, and he just wasn’t himself. I gave him the CBDs and within two days he was back to his happy self,” she said. The dog remained faithfully by her side for another year.

“It is still not a well-regulated product. I do not recommend it. If someone says, ‘My dog is in some sort of pain,’ but I don’t know what the pain is, I am not going to recommend it. Pets are super sensitive. I’ve had this conversation so many times with pet owners, it is exhaustive.”

“But,” he sighed, “people are still going to do what they want to do regardless of what their vet says.

“In terms of using CBDs as a potential pain medication, some clients say it works well for their dogs. Clients who have used CBDs for anxiety say it doesn’t work at all and makes their dogs much worse.”

Milizio advised if someone is determined to try a tincture for their pet, then they should use a much lower dosage than is listed on the bottle. The pet must be monitored carefully, and if pet owners sense anything seems untoward, then they should call a vet immediately.