The first CBD-based prescription drug in the US has finally been approved by FDA. This post from Business Insider India highlights why this welcome decision is worrying some marijuana startups.

This week’s historic decision by the Food and Drug Administration to approve Epidiolex, the first prescription drug derived from marijuana, has left cannabis startups in a tough spot.

Made by GW Pharmaceuticals, the drug treats two rare types of epilepsy using CBD, a therapeutic compound in cannabis that’s not linked with a high. The new approval is already ushering in a wave of renewed interest in the potential health benefits of marijuana’s many compounds, from CBD to THC – the plant’s other well-known ingredient and the one linked with a high.

But not all marijuana-derived products are created equal.

As a prescription drug, the ingredients in Epidiolex are subject to thorough testing and federal regulation; its CBD is known as “pharmaceutical grade.”

Other marijuana products are not necessarily subject to these standards, or even basic stipulations that ensure cleanliness and proper ingredient concentrations. That worries cannabis company executives who try to ensure their products are safe and of high quality. 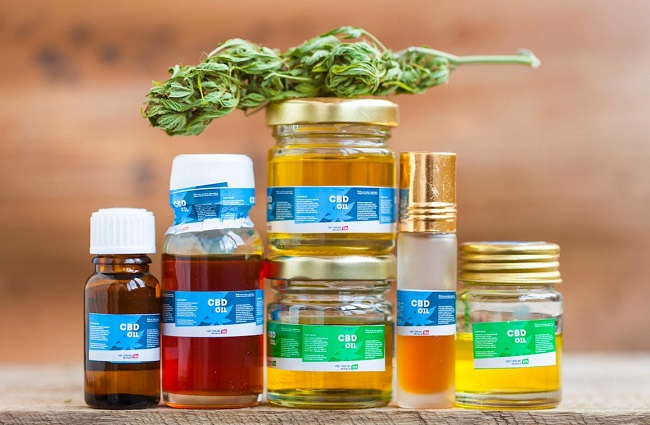 In states where marijuana has been legalized, thousands of cannabis startups sell pens, oils, and edibles that contain either CBD, THC, or both ingredients.

But now that CBD-containing Epidiolex has been approved, the Drug Enforcement Administration (DEA) has 90 days to reclassify CBD from something with “no recognized medical use” to a Schedule 2 or 3 drug like the ADHD medication Adderall.

Once that happens, marijuana startups will be able to sell their CBD-only products even in states where marijuana is illegal – as long as they register them with the DEA. Barbara Carreno, a DEA public affairs officer, told Business Insider that shift will represent a “sea change” for CBD companies.

For now, companies, in states where marijuana or CBD is legal, have the freedom to continue selling their products with little federal oversight while they benefit from the increased attention and legitimacy that Epidiolex’s approval lends them. This lack of regulation has led to wide variation in content, safety, and pricing of products that contain either CBD, THC, or both.

For a 2017 study published in the Journal of the American Medical Association, researchers tested 84 CBD products purchased from 31 different online retailers. Roughly seven out of 10 items had different levels of CBD than what was written on the label. Of all of the items tested, roughly half had more CBD than was indicated; a quarter had less. And 18 of the samples tested positive for THC, despite it not being listed on the label.

Still, some marijuana companies – especially those that focus on its medical applications and prioritize thorough scientific research – are excited by the approval and believe it will raise awareness of the benefits of the many compounds in the plant.

“It’s a big milestone for the industry and one that will have a massive impact on medical companies like us,” Aras Azadian, the CEO of Avicanna, a Toronto-based biotech company focused on medical cannabis, told Business Insider, adding that the decision “further validates cannabinoids and medial cannabis applications.”

Azadian is also planning to seek FDA approval for some of his company’s CBD products, which it plans to sell in the US. Last year, Azadian became the first marijuana startup to join the Johnson & Johnson JLabs Innovation network, an ecosystem designed to give budding companies access to the resources and leadership they need to get off the ground.

Other CBD companies – and groups that represent them – also see the decision in a positive light, saying that people who’ve found a CBD product that appears to offer results won’t suddenly want to switch to a new one. That may be especially true for parents of kids with the types of epilepsy that Epidiolex is designed to treat, and who’ve had success using other CBD products.

“I don’t know a mom or dad in their right mind who is going to change what’s already working,” Heather Jackson, the CEO of Realm of Caring, a charitable group linked with CBD company CW Hemp, told the Associated Press. “I really don’t think it’s going to affect us much.”

That remains to be seen.

“I believe if you are a CBD manufacturer and you can say that you’re making a quality product, from the farm your product is grown in … to the team that is working to package, bottle, and support the product … then you have nothing to worry about,” Harrylall said. “But if you aren’t sure [or] if you’ve cut corners, those CBD manufacturers are the ones that should be worried.”

Source: The first marijuana-based prescription drug in the US has been approved, and some cannabis startups should be worried | Business Insider India