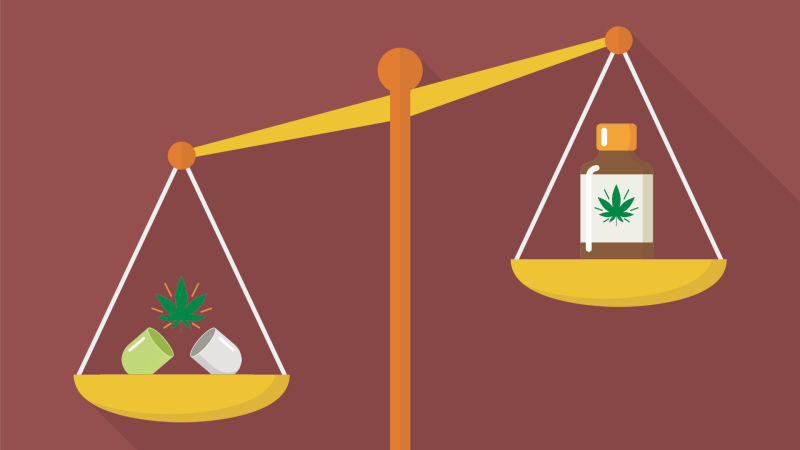 The list of health benefits of medicinal marijuana is long, but it is the recreational side effects that attracts many people. This post from Lifehacker.com examines how medical marijuana works, and its complicated legal status.

Marijuana offers some helpful medical benefits when used well, but thanks its current (and unusual) legal status it’s hard to obtain and use effectively. Once you learn the basics, however, you can overcome these hurdles. Let’s take a look at how medical marijuana works and the laws surrounding it.

This post is the second in Lifehacker’s Green Week, a series where we’ll be discussing medical marijuana, its benefits, drawbacks, and everything you need to know. Keep in mind, we’re not doctors, so you should check with yours before trying it, and similarly, obey the laws and regulations in your area regarding the procurement and use of medical marijuana.

What You Need to Know About Marijuana’s Legal Status 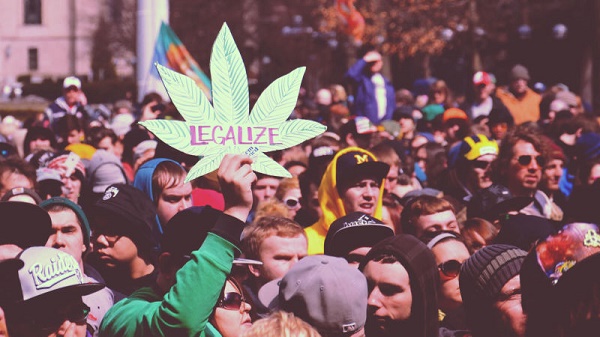 The current state of marijuana legality poses a larger problem than you might think. By itself, you’ve got a potent drug that offers several medical benefitswith a variety of side effects—most of which many people enjoy recreationally and others, like myself, consider unpleasant. Whether you like getting high or not, or support a person’s right to recreational drugs, marijuana does have medical value, but not without significant downsides. For example, marijuana can lower the frequency of seizures in children with epilepsy. Certain marijuana products (mostly tinctures, which we’ll discuss later), such asCharlotte’s Web and Jayden Juice, focus on one component of the versatile plant (cannabidiol, also known as CBD) to provide seizure prophylaxis withoutthe side effects of “getting high.” It also helps a subset of people with chronic pain issues live virtually pain-free.

But Jayden Juice and Charlotte’s Web were not discovered in a traditional lab, and they’re not pharmaceutical products. In a way, that’s an exciting form of progress, because we’re all familiar with some of the unethical behavior pharmaceutical companies exhibit, and it’s nice to have outsiders doing research that matters. Nevertheless, marijuana holds a lot of healing power that we can’t tap into without adequate financial resources, which means the labs and talent those companies have in droves. With them, we could discover new drugs that treat a large variety of conditions with fewer side effects than current medications on the market. 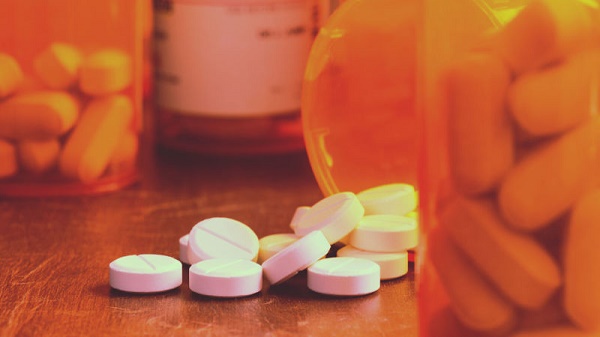 For a prime example, consider pain management. With few exceptions (primarily inflammatory pain), narcotic drugs known as opioids make up the majority of the pain management market. You probably know them asoxycodone (Oxycontin, Percocet), hydrocodone (Norco, Vicodin), tramadol(Ultram), and codeine. (Tylenol 3) They’re the drugs that pop up in dialogue when television shows and films discuss addiction. Opioids help you ignore the pain and feel euphoric, but you can only take them for a short period of time before your body builds up a tolerance and you need more and more just to feel “normal.” Ask any recovered addict and they will tell you how terrible the withdrawal symptoms become and how quickly they begin after stopping. Many people don’t understand the risk of taking opioids, and develop a physical dependency quickly before they even know it’s happening. On the other hand, marijuana doesn’t come with such a high level of risk and dependency. While you can develop a tolerance, you risk far fewer side effects and can manage that tolerance more easily.

Despite the potential benefits of marijuana over often more dangerous legal drugs, the US government still lists it as a Schedule I Controlled Substance. Opioids like hydrocodone and oxycodone fall into the Schedule II category, which means only a limited amount can be prescribed in the country per year. It also makes it much harder for someone who needs these drugs to get them. Despite the dangers opioids carry, they’re still considered to have medical benefits whereas marijuana—despite actual evidence to the contrary that the government actually acknowledges—is not, and keeping it a Schedule I drug doesn’t just make it illegal to possess, buy, or sell, but makes it near-impossible to study or research in a legal, medical setting. 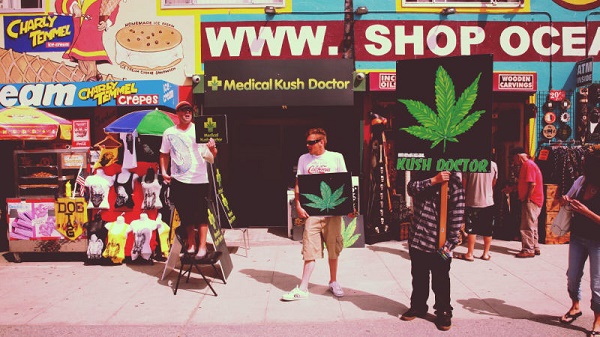 As a result of the federal government’s stance, states have enacted medical marijuana laws to allow individuals to grow a limited number of marijuana plants, for personal use. If you receive a medical marijuana prescription, you can join a collective and “donate” money to receive some of their “work product,” which simply means you can buy marijuana by using silly terminology to pretend you are not. Some states, such as Colorado and Oregon, have fully legalized the drug. Nevertheless, the federal government still considers it illegal, and that means you assume a variety of risks if you choose to use it for medical purposes. For example, a prescription in one state usually does not transfer to another, so you cannot travel and fill a prescription while you’re away from home. Furthermore, if you travel by air, you have to deal with the Transportation Security Agency, or TSA—a federal agency—and you are not subject to state laws even if you are traveling within the state where you received your prescription. Chances of prosecution are low, but these examples demonstrate that disconnect between state legalization and federal illegality.

Obviously, this process needs to change. It’s also probably obvious that I think the government should not oppose medical marijuana use. We need to study marijuana further and learn how to create more effective drugs with fewer side effects that can help people manage pain without getting them high. We need doctors to learn how to use marijuana as a treatment, and patients don’t have to rely on dispensary employees, who often know more about recreational usesthan medicinal ones, to provide advice on a powerful drug. At the very least, we need to eliminate the risk of fines and imprisonment for people who currently use marijuana for medical purposes. Many people believe imminent change is around the corner, and hopefully that prediction will become true. For now, before you go get yourself a medical marijuana prescription, know these risks and limitations exist. Although small, they are just the legal issues. You need to acquire a lot of knowledge to use medical marijuana safely and effectively. My goal, here, is to help you do that so you don’t have to go through the trouble I did.

How Does Medical Marijuana Work? 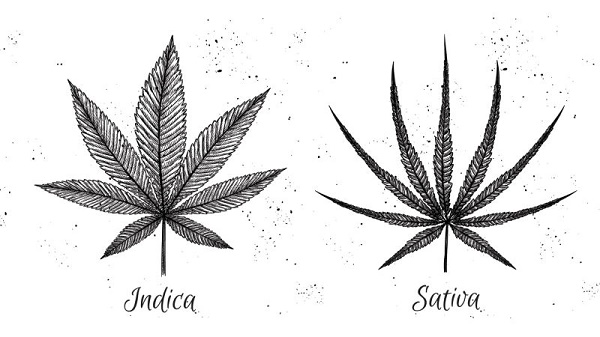 Before you do anything else, you need to understand how medical marijuana works, how it can help you, and what kinds of other fun things it does that you should expect. First, let’s go over the major types of the plant: 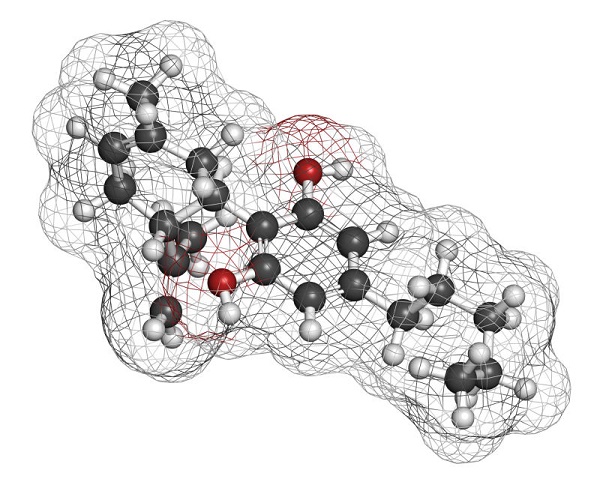 The first time you use any marijuana you will have a very different experience from subsequent times. Some people don’t get high at all and others get so high, even from a tiny amount, that they never want to touch the stuff again—that was me! You may fall somewhere in between as well. But you don’t have to get high to get the medical benefits from marijuana. Marijuana contains a large variety of compounds called cannabinoids, most of which fall under two headers: tetrahydrocannabinol (THC) and cannabidiol (CBD). While at least 85 types cannabinoids exist, for the sake of this explanation we’re going to take a reductive view and just wrangle them all into the THC and CBD categories. 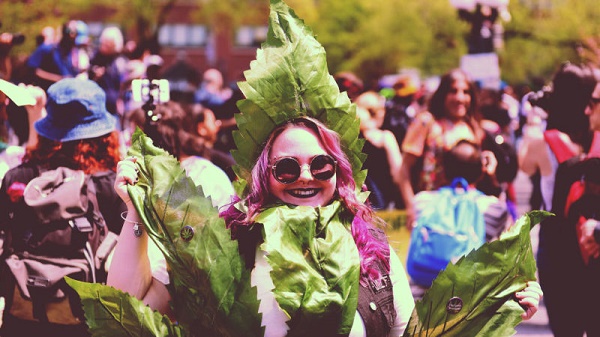 If you want to try medical marijuana, even if you know you want the benefits of THC, you should start with CBD products first. This way you can find out if CBD helps you at all and then you can incorporate THC based on what you learn. You’ll get no judgment from us for wanting to enjoy your medicinal marijuana, so long as you put your medical needs first. Understand what you’re doing so you can use responsibly.

Next, let’s discuss what happens to your brain when you use medical marijuana. Here’s an example timeline for edibles, my prefered method of treatment:

But what about smoking and vaporizing? What about sprays and tinctures? We’ll get there later in this series, but if you want an idea of how this all changes when smoking or vaping, it happens over a much shorter period of time (5-30 minutes) and the effects are significantly weaker because you will ingest less of the drug in a puff of smoke or stream than you will by eating it.

Of course, this is just how you may feel. It also helps to know how marijuana affects your brain and body, scientifically speaking. You’ll also want to take a more responsible approach to using the drug for medical purposes. As Green Week continues, we’ll discuss that and more. Stay tuned!

Source: How Medical Marijuana Works, and Its Complicated Legal Status