Uruguay is far ahead of the rest of the world on marijuana legalization. Read more, in this post from Entrepreneur.com, about how its crime rate plummeted after the end of the war on drugs. Canada gets the headlines for its plan to legalize marijuana nationwide in 2018. So does anti-marijuana rhetoric from some officials in the Trump Administration. Meanwhile, in the ... Continue Reading

The US attorney general, Jeff Sessions, rescinds the Obama-era guidelines that made legal marijuana possible and compares marijuana to heroin. Find out more in this post from SOL*CBD. A memo was released on Thursday, January 4, 2017, in which current United States Attorney General Jeff Sessions announced he is rescinding the Cole Memorandum, put in place by United States ... Continue Reading 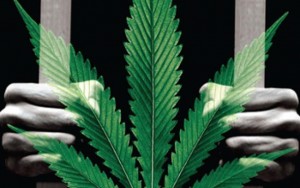 The Department of Justice will release 6,000 drug offenders from federal prisons, at the end of this month, as part of an effort to ease overcrowding of prisons. This post from High Times highlights the recent decision by the U.S. Sentencing Commission to provide early release for a number of drug offenders. In an effort to deal with prison overcrowding, as well as liberate ... Continue Reading