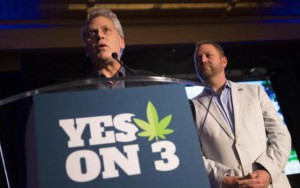 Despite a heavily funded campaign, Issue 3 lost. The defeat of Issue 3 is not, however, a loss on the marijuana legalization movement. This post from High Times discusses ResponsibleOhio’s role in Ohio’s marijuana legalization debacle. Marijuana monopolization was soundly rejected by the voters of Ohio on Tuesday. Some will argue that this is a defeat and a setback for ... Continue Reading