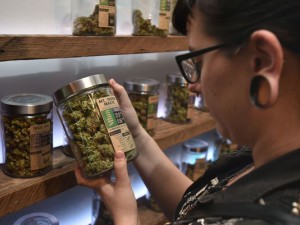 Eleven states that will likely be the last ones to legalize marijuana have been identified by 24/7 Wall St. This post from USA Today analyzes the states with harshest marijuana laws. Illegal in the United States for nearly 80 years, marijuana accounted for 8.2 million arrests nationwide between 2001 and 2010. Despite the decades old federal ban, the country's attitude ... Continue Reading