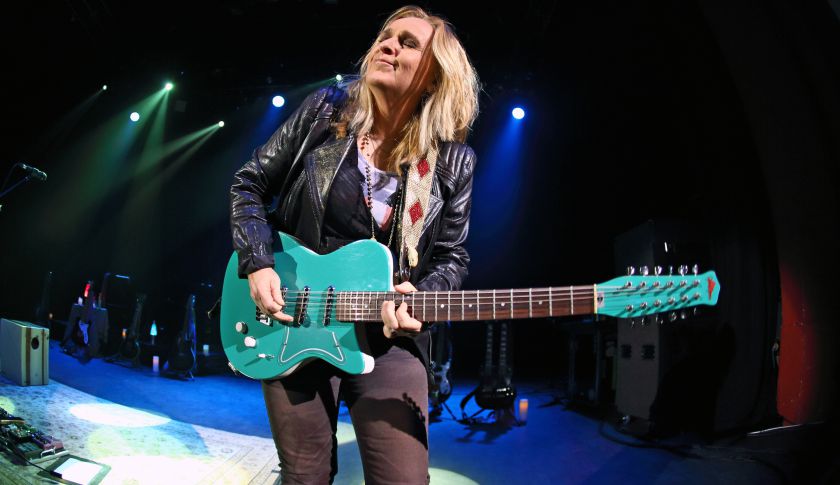 Rock star Melissa Etheridge, the keynote speaker for the Cannabis World Congress & Business Exposition in LA, talks about her role in the cannabis revolution. This post from Fortune presents an interview with her on her roles as cannabis advocate, musician and entrepreneur.

How did rock star Melissa Etheridge become the keynote speaker for the leading cannabis business event?

Melissa Etheridge is a woman of many identities. She’s a rock star who has made music for more than 30 years, bringing home two Grammys and an Academy Award in the process. She’s an LGBTQ activist, frequently speaking out in favor of gay rights and marrying her partner just last year. And she’s a cannabis advocate and entrepreneur, having recently launched a line of cannabis-infused “wine tinctures.”

On Thursday, Etheridge will don that last hat as she gives the keynote the Cannabis World Congress & Business Exposition in Los Angeles. In the lead-up to her speech, Fortune caught up with Etheridge to talk about her role as a leader of the cannabis movement, her new product line, and, of course, her music.

The following interview has been edited and condensed for clarity.

Fortune: How did you get to be such a vocal advocate for cannabis?

Melissa Etheridge: Ten years ago, I experienced breast cancer and the [chemotherapy] treatment. When one goes through general cancer treatment, one of the side effects is loss of appetite… depression, gastrointestinal effects… By the time I left my first chemo treatment, I had the choice of five pills or cannabis. I chose cannabis.

I was able to eat, I was able to understand what’s good for me. I thought, “This is crazy, how does anybody go through this without cannabis?” [Knowing is was easier for me to get access to cannabis because of my fame], I couldn’t imagine another woman of my age that isn’t famous trying to go through those things. I said then and there this is important—this has been unjustly maligned and driven from our culture.

You mentioned that you now understand what’s good for you. What is this deeper understanding?

When I woke up after [cancer-related] surgeries, I thought, “This is my body out of balance.” My personal experience was that there’s certain insight that came with [using cannabis]. It helps us understand that sometimes our own health comes from inside, [unlike our other medicine, which] believes that everything that we need to cure, we need to cure from the outside. It put me on a path of understanding and feeling great love for myself.

Cannabis is becoming more accepted culturally. What do you think is driving that?

I think the cannabis revolution is being led by middle-aged women. I think women are very aware of their bodies. I think, overall, we notice things. We notice that we feel like hell and we’re getting pretty puffy. I think women are just seeing the effects [of cannabis] now.

I think in 2016 were going to see a big change in [the legalization of cannabis] and I think medicinal [marijuana] is really important. I think that 2016 there will be a lot of states voting on recreational and medicinal marijuana. We need to turn back damage on past five, six, seven decades and bring plant medicine back.

It needs to be legalized across the board. Who draws the line of what’s medicinal? If a hardworking person comes home and they want to enjoy cannabis, who’s to say that it’s not medicine? It helps in many medicinal ways.

Aside from being a cannabis activist, you’re also an entrepreneur. Can you tell me more about your cannabis-infused wine business?

Cannabis has been made into wine for centuries—it was something that has always been done… I saw the good that it does and saw the future in it and felt that this was something that can be brought to the public. It’s an incredibly delicious wine—we have whites and reds, we have a Syrah, Pinot Grigio…you don’t taste the cannabis, but you get the herbal smell. It’s an incredible full body relaxation.

Marriage equality, another cause you’ve spoken in favor of in the past, is also turning into a hot topic for the 2016 elections. Any thoughts on how things will play out?

I think it’s clear that the LGBT issue is done [after the Supreme Court ruling on marriage equality]. I think any candidate that’s running on some sort of “were going to turn this back” platform is shooting themselves in the foot… I don’t think that’s going to work. A large majority [of Americans] believes in “live and let live.” They know that this isn’t something that [the next administration] is going to roll back.

Before you were a cannabis and gay rights activist, you were a musician. How has your music evolved since your battle with breast cancer?

[Breast cancer] completely changed my life, in a way that included coming to terms with my own mortality. Before I was diagnosed, I was in the pattern of, “Oh I need to be number one,” and all that just came crashing down. We’re here to create. I began to create and never looked back. The album I put out after cancer was The Awakening. Since then, each album has been more and more inclusive of joy and music.

Right now, I’m in the middle of my solo show. It’s just me on stage, just playing guitar. It’s a very intimate way to see me. My fans brought me into their life. When they hear that song, whatever it is, they celebrate with me. A lot of time people come to my show, they leave and they feel better. I made a promise to make the music that moves me…that’s timeless.