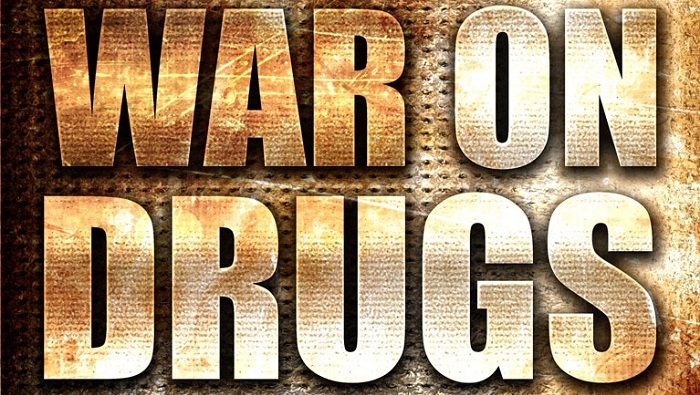 During a meeting with the ONDCP, a Republican Congressman accidentally set off exposing the tyrannical nature of the drug war. Watch in this post from TheFreeThoughtProject.com the question that set the ball rolling!

The Office of National Drug Control Policy (ONDCP) met with members of Congress this week to discuss multiple issues when a Republican congressman asked a question that would expose the state’s immoral and tyrannical war on drugs in an accidental stroke of logic. 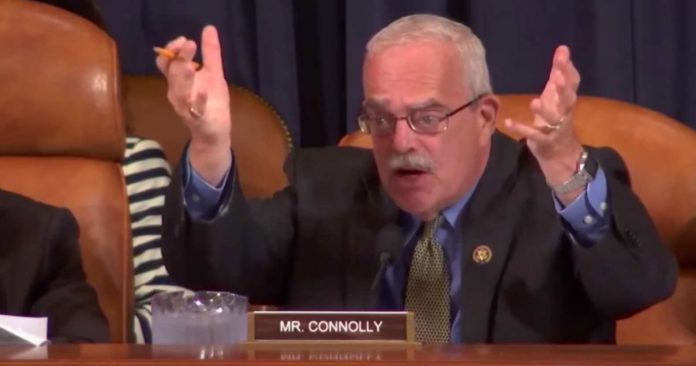 Harold Watson “Trey” Gowdy III is a member of the Tea Party movement and the Republican Party and serves as a congressman from South Carolina. He is also the chairman of the Committee on Oversight and Government Reform. During the meeting with the ONDCP this week, Gowdy asked why marijuana was a schedule I drug.

Schedule I “drugs, substances, or chemicals are defined as drugs with no currently accepted medical use and a high potential for abuse,” the DEA claims. Given the mountains of evidence showing the beneficial nature of the cannabis plant, the DEA’s claims are nothing short of asinine and tyrannical.

However, marijuana continues to be categorized as such, paving the way for the police state to lay waste to rights and fill prisons for profit.

When Gowdy asks Richard Baum, the acting director of Trump’s ONDCP, why marijuana is a schedule one, Baum immediately skirts the question. He then digresses into support for big pharma’s version of synthetic marijuana by saying that the FDA-approved versions of marijuana components can help people.

While Gowdy didn’t go so far as to call for the legalization of cannabis — because it would likely mean political suicide among his staunchly conservative base — his line of questioning set off a conversation that would eventually expose the war on drugs.

Cannabis has never killed anyone — ever. That being said, however, cocaine and meth kill thousands every year. Yet, as Baum concedes, the DEA considers them safer than this amazing plant.

When Gowdy brings this up, Baum is unable to respond and uncomfortably squirms in his chair — likely knowing the real reason marijuana remains a schedule one drug.

Gowdy then turns over the floor to Gerald Connolly, who continued the accidental exposé of the American drug war.

“We’ve put people in jail…It’s had huge consequences based on little to no scientific evidence,” said congressman Gerald Connolly, who bluntly hit the nail on the head.

The reality of the war on drugs is that it is not based on scientific evidence. Instead, it is based on a dark history of oppression, racism, and political corruption.

In spite of some form of cannabis being legal in some fashion in 29 states and Washington D.C., the government still violently and with extreme prejudice continues to seek out those who dare possess it.

If the CDC calculated the number of deaths inflicted by police while enforcing marijuana laws, that number would certainly be shocking and could even be deemed a risk to public health. Marijuana is, indeed, dangerous, but only because of what can happen to you if the police catch you with it.

Nothing highlights the hypocrisy, immorality, and sheer idiocy of the drug war quite like marijuana prohibition. Here we have a medicine that kills cancer cells, saves the lives of countless epileptic children, heals broken bones, relieves pain, treats PTSD, is not dangerous, and exhibits a variety of other incredible benefits – yet the state will kill you over it.

So why do these tyrants keep it illegal?

If you want to know who profits from ruining lives and throwing marijuana users in cages, we need only look at who bribes (also known as lobbies) the politicians to keep the war on drugs alive.

Below is a list of the top five industries who need you locked in a cage for possessing a plant in order to ensure their job security.

What does it say about a society who’s resolute in enacting violence against their fellow human so they can have a job to go to in the morning?

The person who wants to ingest a substance for medical or recreational reasons is not the criminal. However, the person that would kidnap, cage, or kill someone because they have a different lifestyle, is a villain on many fronts.

When does this vicious cycle end?

The good news is that the drug war’s days are numbered. Evidence of this is everywhere. States are defying the federal government and refusing to lock people in cages for marijuana. A record number of law enforcement personnel are even quitting their jobs and joining the push to end the drug war.

Colorado and Washington served as a catalyst in a seemingly exponential awakening to the government’s immoral war. Following suit were Oregon, D.C., and Alaska, and now Maine, Massachusetts, and Nevada. Medical marijuana initiatives are becoming a constant part of legislative debates nationwide. We’ve even seen bills that would not only completely legalize marijuana but deregulate it entirely, like corn.

Also, while the idea of treating an addict with compassion instead of violence is a radical notion in this country, in other countries, such as Portugal, its effects have been realized for more than a decade. In 2001, the Portuguese government decriminalized all drugs.

14 years later, drug use, crime, and overdoses have drastically declined in Portugal exposing the cruel reality of prohibition. Eventually, more states will adopt this approach, and the drug war tyrants will finally be outnumbered.

As more and more states refuse to kidnap and cage marijuana users, the drug war will continue to implode. We must be resilient in this fight.

If doing drugs bothers you, don’t do drugs. When you transition from holding an opinion — to using government violence to enforce your personal preference, you become the bad guy. Please, for all that is good, don’t be the bad guy.