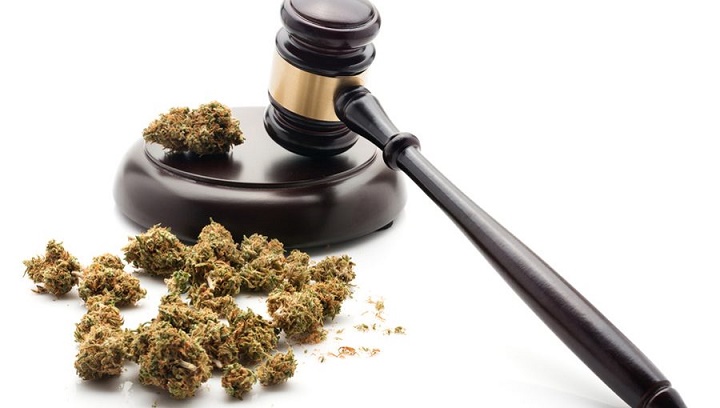 There’s been a lot of media attention recently revolving around the Drug Enforcement Administration (DEA), which was rumored to be planning a monumental decision to deschedule cannabis from its Schedule 1 label. However, news broke on Wednesday night that the agency is still working on rescheduling cannabis, but for the time being, they cannot reschedule it. The DEA must get an official recommendation from the FDA about the evidence and studies related to the substance before it can reschedule anything.

The DEA sent out a press release this morning, stating that it has denied two petitions to reschedule cannabis. Before any rescheduling occurs, the DEA has requested that more scientific research be conducted. It also asked for “a scientific and medical evaluation and scheduling recommendation” from the Department of Health and Human Services (HHS), which was already administered by the Food and Drug Administration (FDA) and National Institute on Drug Abuse (NIDA).

“Based on the legal standards in the CSA, marijuana remains a schedule 1 controlled substance because it does not meet the criteria for currently accepted medical use in treatment in the United States, there is a lack of accepted safety for its use under medical supervision, and it has a high potential for abuse,” the DEA stated in the announcement.

“The HHS concluded that marijuana has a high potential for abuse, has no accepted medical use in the United States, and lacks an acceptable level of safety for use even under medical supervision. Therefore, the HHS recommended that marijuana remain in Schedule I,” according to the 21 CFR Chapter II, Denial of Petition, from the DEA. “Based on the HHS evaluation and all other relevant data, the DEA has concluded that there is no substantial evidence that marijuana should be removed from Schedule I.”

“Although the HHS evaluation and all other relevant data lead to the conclusion that marijuana must remain in schedule I, it should also be noted that, in view of United States obligations under international drug control treaties, marijuana cannot be placed in a schedule less restrictive than schedule II. This is explained in detail in accompanying document titled ‘Preliminary Note Regarding Treaty Considerations.’”

The DEA does further state in its August 11 announcement that, as according to its new policy, it plans to increase the number of cannabis manufacturers that supply researchers. The only approved cannabis manufacturer is at the University of Mississippi, which is under contract with the NIDA. The DEA hopes to open more manufacturers in the near future that comply with FDA-authorized research.

“This change illustrates DEA’s commitment to working together with the FDA and NIDA to facilitate research concerning marijuana and its components,” the statement continued. “DEA currently has 350 individuals registered to conduct research on marijuana and its components. Notably, DEA has approved every application for registration submitted by researchers seeking to use NIDA-supplied marijuana to conduct research that HHS determined to be scientifically meritorious.”

CULTURE spoke with DEA representative Barbara Correno, DEA Headquarters Public Affairs Officer regarding the recent update, and provided us with more understanding, and a little more hope for the future, than most regarding this matter at first sight. “DEA has not had a change of heart on rescheduling cannabis—it is going to stay in the same schedule (Schedule I) where it’s been, because the FDA still says it is not a medicine.  We schedule all substances jointly with the Department of Health and Human Services.  We study a substance to determine if it meets the eight criteria in the Controlled Substances Act for controlling.  If it does, we send it to DHHS for scientific studies.  After they conduct these studies, they send us a recommendation as to whether to schedule (or reschedule) the substance.  If they recommend against scheduling or rescheduling, we cannot do so.  If they believe something should be scheduled or rescheduled, then we begin the regulatory process of doing so,” she told CULTURE in a phone interview. “What DEA did change was to allow more people to register with us to grow marijuana for researchers to use.  Information on that is in our press release about today’s announcements,” she said.

Correno explained that many people don’t understand the process in which a substance becomes a part of the CSA, or how it becomes schedule or rescheduled. As a department of justice for the country, the DEA can only take actions based on research and evidence supplied by other government agencies, such as the FDA. The FDA sent the recommendation to not move the cannabis plant into another schedule, based on their limited research and trials. There will be more, and the DEA has mandated that. They have updated their policy, to facilitate and foster more research by expanding the number of registered growers for cannabis in the country.

every application for registration submitted by researchers seeking to use NIDA-supplied marijuana to conduct research that HHS determined to be scientifically meritorious.”

Correno assured us in an interview that the DEA is still considering rescheduling cannabis in the future. They just need the official structure and process to fall in line with that, ie. the FDA approving and providing the DEA with proper evidence and studies about the medicinal qualities of cannabis.

Currently, the FDA is doing trials for Epidiolex, which could possibly be the third approved cannabis-related pharmaceutical by the FDA. Correno, at the DEA says that if the FDA approves Epidiolex, there is a large possibility that they could recommend the DEA to reschedule the main part of that drug, CBD to be a Schedule II substance.

In more detail, the second Denial of Petition to Initiate Proceedings to Reschedule Marijuana, Michael J. Lewis, Office of Diversion Control and Chuck Rosenberg, Acting Administrator of the DEA, state that based on the HHS evaluation and all other relevant data, the DEA has concluded that there is no substantial evidence that cannabis or marijuana should be removed from schedule I. “In short, marijuana continues to meet the criteria for schedule I control under the CSA because:

2) Marijuana has no currently accepted medical use in treatment in the United States. Based on the established five-part test for making such determination, marijuana has no ‘‘currently accepted medical use’’ because: As detailed in the HHS evaluation, the drug’s chemistry is not known and reproducible; there are no adequate safety studies; there are no adequate and well-controlled studies proving efficacy; the drug is not accepted by qualified experts; and the scientific evidence is not widely available.

3) Marijuana lacks accepted safety for use under medical supervision. At present, there are no U.S. Food and Drug Administration (FDA)-approved marijuana products, nor is marijuana under a New Drug Application (NDA) evaluation at the FDA for any indication. The HHS evaluation states that marijuana does not have a currently accepted medical use in treatment in the United States or a currently accepted medical use with severe restrictions. At this time, the known risks of marijuana use have not been shown to be outweighed by specific benefits in well-controlled clinical trials that scientifically evaluate safety and efficacy.”