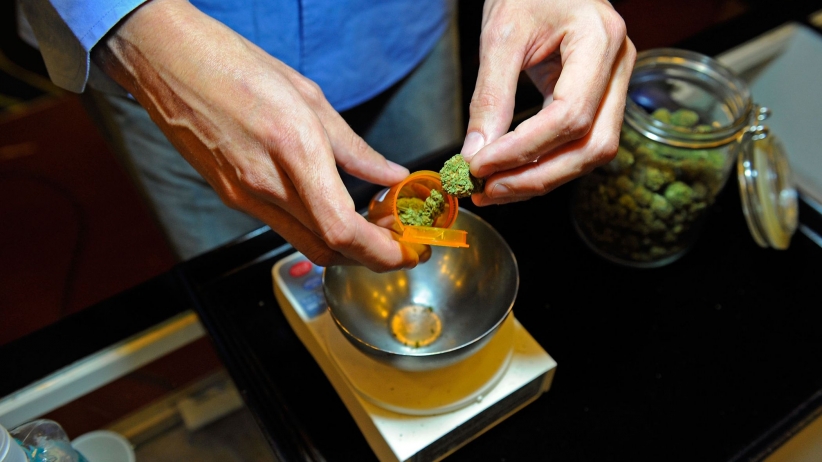 If drops in prescription drug use seen in states with legalized marijuana were duplicated nationwide, Big Pharma would feel the pain. This post from entrepreneur.com highlights the $5 billion challenge medical marijuana poses to Big Pharma.

A big issue involving medical marijuana has emerged in the past year: Many people prefer using marijuana for their condition rather than opioids.

Former NFL and NBA players have come forward to say that both leagues should allow players to at least try marijuana for pain management, given the known issues with opioid use and the ongoing overdose epidemic.

Numerous studies are underway around the world to learn of the potential health benefits of using marijuana, including for pain management.

However, it wasn’t until recently that someone put data together to find out just what a massive switch to naturally grown marijuana and away from prescription drugs could do to the pharmaceutical industry.

New Frontier Data, a Washington, D.C.-based data analytics company that focuses on the legal marijuana industry, recently researched what would happen if people used marijuana rather than prescription drugs for the nine illnesses most commonly treated by marijuana.

They found that Big Pharma could lose almost $5 billion a year. The catch: The company’s analysis is based on the concept that marijuana will become legal across the nation.

While that seems highly unlikely under the current White House and Congress, it still shows how much is at stake financially with medical marijuana. The question is not just what legal marijuana companies could earn, but what sales Big Pharma could lose.

They then considered a 2016 study by researchers at the University of Georgia who found, among other things, that the amount of prescriptions for drugs dropped by 11 percent among older patients in states where medical marijuana is legal.

Based on that percentage figure, New Frontier than gathered data on how much is spent across the country on prescriptions drugs for the above nine conditions. Their analysis shows that medical marijuana could take away about $4.4 billion to $4.9 billion a year from pharmaceutical sales.

The Trump Administration stance on legalized recreational marijuana has been well-documented. However, other than comments by Attorney General Jeff Sessions, the stance on medical marijuana seems much more tolerant than that for recreational, or adult-use, marijuana.

However, a new wrinkle has developed. The same father/daughter University of Georgia research team – Ashley Bradford and W. David Bradford – have released a new study that shows the preference for marijuana is significant across all age demographics.

The previous study that showed the 11 percent drop focused primarily on older Americans on Medicaid. The more recent study looked a patients of all ages and found that the same preference for marijuana over prescription drugs was prevalent among many.

Source: The $5B Challenge Medical Marijuana Poses to Big Pharma