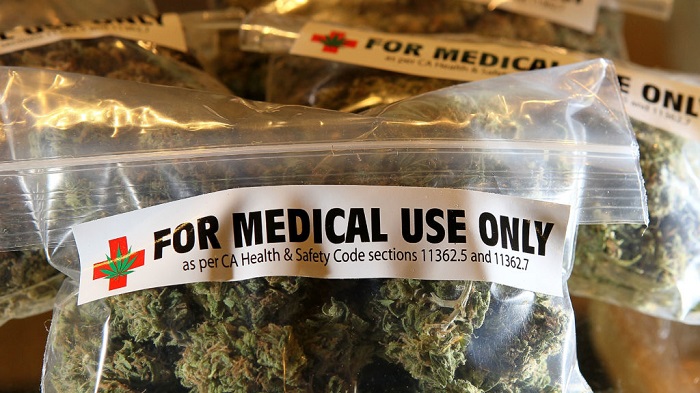 As California gears up to legalize recreational marijuana, wealthy investors are rushing to back new cannabis products, both for health and for pleasure. This post from STATnews.com highlights how big-name tech investors are pouring millions into marijuana!

The storied Silicon Valley venture firm Benchmark Capital has launched a slew of tech companies: Twitter, Uber, Snapchat, Instagram. Now its search for the next big thing has led it to … pot.

Benchmark recently invested $8 million in Hound Labs, a startup here in Oakland that’s developing a device for drivers — and law enforcement — to test whether they’re too buzzed to take the wheel.

And that’s just the start. Wealthy investors are pouring tens of millions into the cannabis industry in a bid to capitalize on the gold rush that’s expected when California legalizes recreational marijuana on Jan. 1. They’re backing development of new medicinal products, such as cannabis-infused skin patches; new methods for vaporizing and inhaling; and “budtender” apps like PotBot, which promises to scour 750 strains of cannabis and use lab research, including DNA analysis of each strain, to help customers find the perfect match.

Among the noted investors: tech and biotech mogul Peter Thiel, who co-founded PayPal and made a fortune with the cancer drug startup Stemcentrx. Thiel contributed $300,000 to the California ballot campaign that paved the way for legalization. And in the first public endorsement of the industry from a major biotech investor, Thiel’s Founders Fund has sent millions to Privateer Holdings, a Seattle private equity firm that backs research into medical marijuana products, among other cannabis-related ventures.

Pot has been legal for medical use here since 1996, but with broader legalization, the industry is poised to explode. Experts say the market for marijuana and related products in California will reach $6.5 billion in 2020, and likely spark legalization efforts elsewhere.

“California is the sixth largest economy in the world. Colorado and Washington are pilot studies by comparison,” said Troy Dayton, CEO of The Arcview Group, an Oakland-based cannabis investment and research firm.

The federal Drug Enforcement Agency continues to classify marijuana — like heroin and LSD — as a Schedule I drug, defined as highly prone to abuse and having “no accepted medical use.” Attorney General Jeff Sessions has been a vocal opponent of marijuana legalization, but has not yet cracked down.

Given that most states have already legalized cannabis for medical use, and seven states plus the District of Columbia allow recreational use, most investors think that federal officials eventually will relent and regulate marijuana more like alcohol.

For now, most publicly traded companies — including pharmaceutical and biotech giants with the resources to develop FDA-approved drugs — have shied away from the industry. Most large venture firms, which receive money from public companies and pension funds, also have steered clear due to both risk and morality clauses in their investor agreements.

But California legalization opens such huge profit opportunities that many individual investors have eagerly jumped in. Los Angeles-based private equity firm MedMen, for instance, has raised about $80 million for cannabis projects in the last year. It recently held its first investor conference in San Jose.

Nearly half of all investments into cannabis companies nationally come from California, according to the finance-tracking firm Pitchbook.

That’s no surprise to Ben Larson, founder of Gateway, a cannabis business incubator in Oakland.

“We’re not afraid to question authority,” he said.

Larson said some of his investors and entrepreneurs come from tech giants like SpaceX, Oracle, and Facebook. He said many of them are interested in medicinal foods and nutraceuticals — or, as he put it, “aesthetically pleasing, de-stigmatized products” that don’t play into stereotypes of long-haired, perpetually buzzed stoners.

The Bay Area is a logical epicenter for the industry — with its rebellious pot history that traces back to San Francisco’s “Summer of Love” in 1967.

“It’s not just the cannabis culture that’s based here, but it’s where the best cannabis is grown — the famous emerald triangle in Mendocino County and Humboldt County,” said Dayton of Arcview.

He said the dicey legal landscape has made for some tensions in the industry: “While we are trying to make money on this, there are people sitting in prison for the same thing,” Dayton said. “That’s partly why you have colorful characters, and interesting mashups with people from the advocacy world and the corporate world and the underground cannabis world, all trying to make the most of this opportunity while making the world better at the same time.”

Arcview has helped about 600 wealthy individuals invest more than $131 million in cannabis companies since 2010.

Another big boost could come if California State Treasurer John Chiang succeeds in building a parallel banking system to support the industry. It would circumvent federal strictures that prevent cannabis businesses from securing traditional loans — and if it works, could open the floodgates of investment.

Some of the interest is deeply personal. When Morgan Paxhia was 12, his father was dying of cancer. A hospice nurse suggested marijuana to ease the pain, but his father declined — largely to avoid breaking the law. “It’s unbelievable that the [federal] government continues to see dying patients as criminals,” Paxhia said.

Viewing cannabis investing as “a change agent,” Paxhia and his sister, Emily, founded Poseidon Asset Management in San Francisco in 2013.

His investments have included vaporizer companies and Meadow, a website and delivery service that helps customers compare marijuana products. He’s also looking at synthetic versions of cannabinoids, the active ingredients of marijuana, and a transdermal patch for patients with arthritis or localized pain.

Even Dora, Paxhia’s rescue dog, has joined the revolution: Pet pot nibbles from Oakland-based Treatibles — dosed with CBD, a chemical in cannabis that is not intoxicating — help her chill out, quelling anxiety that led to late-night barking, he said.

As with medical marijuana for humans, the FDA has not approved any form of cannabis for pets.

Source: Big-name investors pour millions into marijuana — both medicinal and not