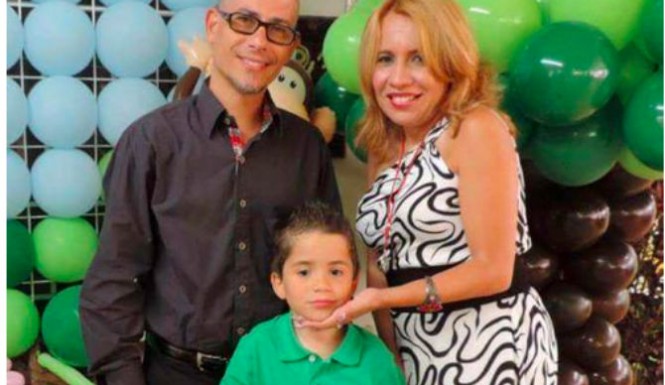 This post from Inquisitr reports that the response of a 9-year-old boy who suffered from severe autism and spoke his first words after cannabis oil treatment is being called miraculous.

The response of a 9-year-old boy named Kalel Santiago who suffered with severe autism and spoke his first words after being treated with cannabis oil is being called miraculous, reports Yahoo Parenting. Kalel dealt with cancer as a young baby, so it wasn’t until he was a 3-year-old that his parents, Abiel and Gladys, began to deal with the telltale hand-flapping and non-verbalism of Kalel’s autism.

Hailing from Puerto Rico, Kalel’s parents used an oral spray, dosed twice per day, to treat his non-verbal autism. The hemp oil treatment had a reduced level of THC and lots of the compound called cannabidiol or CBD. CBD has been shown to help reduce epilepsy seizures, as reported by the Inquisitr, and certain symptoms of autism. In the case of cannabis oil helping treat epileptic seizures, Alex Repetski gave his daughter Gwenevere cannabis oil to help ease the 3-year-old’s frequent seizures after other anti-seizure medications — up to eight of them — didn’t work.

“He surprised us in school by saying the vowels, A-E-I-O-U. It was the first time ever. You can’t imagine the emotion we had, hearing Kalel’s voice for the first time. It was amazing. The teacher recorded him and sent it to my wife and me and we said well, the only different thing we have been doing is using the CBD. He said, ‘amo mi mama,’ ‘I love my mom.’ I don’t know how to thank (the CBD oil makers).”

Despite all of the positive press and reports that autism and epilepsy sufferers are experiencing, these products still come with controversy based upon state laws. Some CBD oils are so effective that desperate parents are moving to Colorado in order to legally obtain medical marijuana like Charlotte’s Web — the most popular CBD oil.

Those cannabis oils that have low levels of THC plenty of CBD and aren’t derived from industrial hemp are those that are being sought as the top of the tops. The FDA, however, wants to make sure that the unregulated products are safe.

Cautious optimism is the phrase being bandied about surrounding Kalel’s response to cannabis oil, yet both his parents and his surf therapist instructor — who tried to get him to speak for years before the CBD treatments — are in awe. In spite of the controversy surrounding medical marijuana, now that Kalel’s positive response to CBD has gotten out locally, other parents are clamoring to use the same treatment for their children.

“He’s been connecting — like he’s awakening to seeing the world. He’s looking you in your eyes, he’s been trying to say different things and imitate what we are saying. He’s saying ‘uncle,’ ‘aunt,’ the names of my two kids. It’s something amazing that I cannot explain.”

In terms of how far Kalel’s parent’s would travel to obtain CBD? His father says that would include the ends of the earth.

“If we had to go somewhere else to get it, we would. I’d go anywhere.”