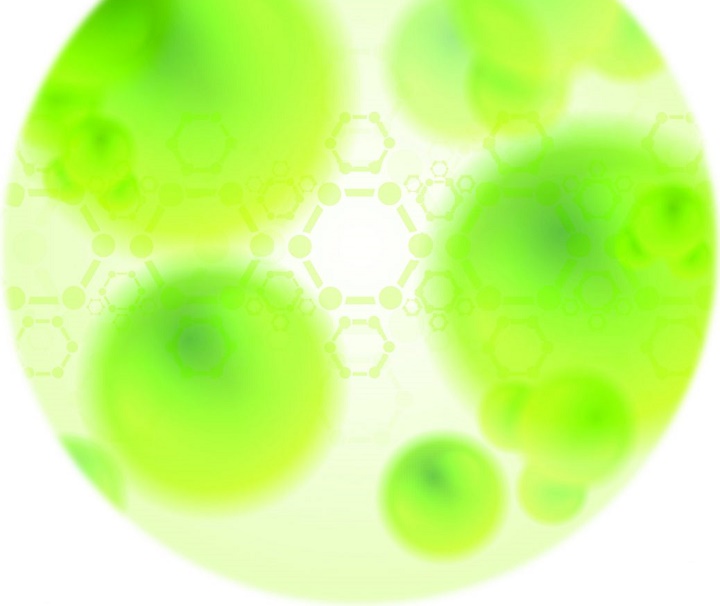 Cannabis has more than 80 important cannabinoids, whose full medical potential is yet to be realized. Meet 3 of the minor ones in this post from Freedom Leaf!

Of the approximately 420 chemical compounds found in the cannabis plant, more than 80 cannabinoids have been identified. Much is known about THC, and, more recently, the healing properties of the non-psychotropic CBD have excited much interest, but there’s much more to be discovered in the other cannabinoids produced by the plant.

Cannabigerol is often referred to as the mother molecule. As the primary biosynthetic precursor of THC, CBD and CBC (cannabichromene), CBG is the stem cell of cannabinoids. Only found in trace amounts in the plant, CBG has not been particularly well studied since its discovery and isolation.

However, researchers have already found an intriguing number of medical uses.
Compared to the greatly psychoactive THC, CBG only binds slightly to the CB1 receptors spread across much of the top area of the brain—roughly with the same affinity as CBD. It also appears to interact with the CB2 receptors of the body and immune system, but whether it functions as an agonist or antagonist is still unclear.

A more potent painkiller than THC and a powerful antibiotic against the MRSA infection, CBG is also almost as effective a phytocannabinoid (a cannabinoid produced by a plant) against breast cancer as CBD, and is known to be effective against highly resistant carcinoma cells in prostate cancer. Adding to the evidence of its anti-inflammatory properties, and many anecdotal reports of use, scientists have confirmed, in animal studies, that CBG helps improve bladder issues and inflammatory bowel disorders. Like THC, it also appears to be effective in lowering glaucoma’s high eye pressure.

CBG inhibits GABA (gamma-Aminobutyric acid) uptake more effectively than THC or CBD, and since GABA is the main inhibitory neurotransmitter of the brain, this might explain the antianxiety effects of CBG. It’s an intriguing cannabinoid in many ways, and most certainly worthy of greater study. 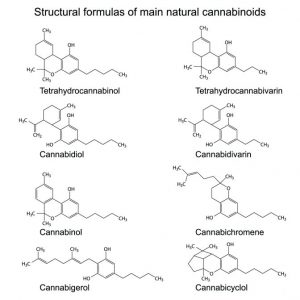 Depending upon conditions in the plant, CBG undergoes conversion to any number of other cannabinoids. One of the most exciting of these understudied molecules is cannabichromene. Most often found in freshly harvested cannabis, it’s especially concentrated in young plants and in the leaves of more mature ones.

Often misidentified as CBD until the mid-’70s because they share almost the same retention time in gas chromatography, CBC is generally considered a minor cannabinoid because it usually only represents a maximum of 5% of the cannabinoid fraction in most strains. It typically occurs at higher levels than CBD in the psychoactive strains, and at lower levels than CBD in the fiber strains. However, examples of Afghan hashish and Korean fiber landraces have been found with up to 30% CBC acid.

CBC has long been proven as an anti-inflammatory, antimicrobial and modest painkiller. In animal models, CBC sedates dogs and decreases muscle coordination in rats, but causes no high in monkeys. An excellent recent pharmacological evaluation of CBC in a classic mouse tetrad assay of cannabinoid activity found that, at very large doses, CBC causes significant locomotor suppression, catalepsy, painkilling and hypothermia. In one of the most intriguing effects of relevance to the many diseases of neurodegeneration, researchers Vincenzo Di Marzo and N. Shinjyo, in their 2013 study “The Effect of Cannabichromene on Adult Neural Stem/Progenitor Cells,” demonstrated that CBC increases the viability of adult stems cells in mice.

CBC shows promise in the treatment of cancer, because it greatly increases the levels of anandamide, which inhibits cell proliferation. A 2012 Italian study found that CBC helped with diarrhea (gastrointestinal hypermotility) without decreasing the transit time—an intriguing result because current drugs are often associated with constipation—though the mechanisms are still mysterious because they seem to occur independently of the known cannabinoid receptors.

In 1896, the first cannabinoid was isolated by Wood, Spivey and Easterfield. It took another 4 years for R.S. Cahn to figure out the structure of CBN. Roger Adams found it only 10% as active as a purified extract in various tests on animals. CBN may have been mistaken for THC, whose molecular structure was not known until decades later. Thus, LaGuardia Committee marijuana researchers may not have known CBN’s chemical structure in the early 1940s, when they tested CBN capsules on prisoners housed on Welfare Island (now Roosevelt Island) in New York City.

CBN can produce contrary results; as John McPartland and Ethan Russo report, “CBN potentiates the effects of THC in man, yet it antagonizes the effects of THC in mice.” Rarely occurring in fresh cannabis, CBN results from bud being exposed to the air, which oxidizes THC into the much less potent CBN. It’s often used to date a cannabis sample; when Russo and an international team of researchers analyzed 800 grams of ancient cannabis discovered in a 2,700-year-old tomb in Turpan, China in 2008, they found more CBN than any other cannabinoid—indicating it once had been primo, THC-heavy pot.

CBN has also demonstrated anticonvulsant and anti-inflammatory properties, as well as potent antimicrobial effects against MRSA. As for pain, when CBN is administered with THC, they potentiate each other, their synergistic effects hinting at action via a novel cannabinoid receptor or ion channel pathway. CBN’s anti-inflammatory effects help in the treatment of asthma in mice, and reduce eye pressure from glaucoma synergistically with THC.

Leafly and others predict that the demand for medical cannabis products—such as oils, edibles, capsules and patches—that incorporate higher levels of CBN and other “minor cannabinoids” will undoubtedly grow. Their medical potential has yet to even be realized.