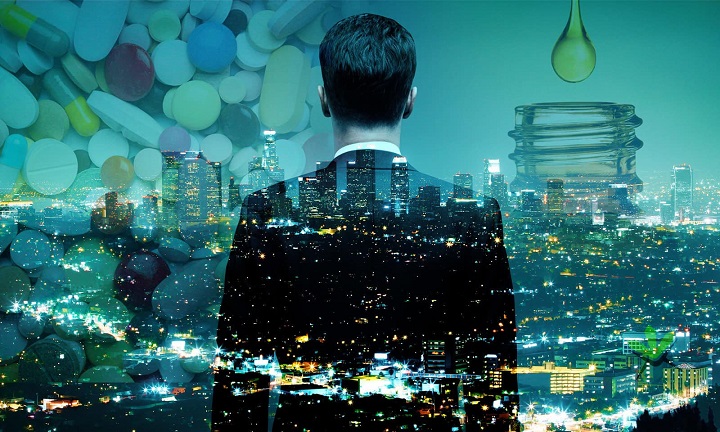 One major pharmaceutical company is trying to seize a monopoly on the medicinal market for CBD. This post from Green Rush Daily highlights all that is wrong with this.

You know the story of how Big Pharma companies have aggressively pushed federal lawmakers to uphold the prohibition of marijuana. Well, it got another twist this week, as we found out that one drug firm is trying to seize a monopoly on the medicinal market for CBD (cannabidiol).

Big Pharma has a long and accomplished record of pushing false and misleading information in an effort to thwart legalization efforts. Drug companies spent a massive $78.5 million lobbying congresspeople in 2016. And according to opensecrets.org, 730 (63.5%) of those lobbyists were former lawmakers themselves.

That all means, without a doubt, that Big Pharma gets whatever it wants in Washington. And their cash has paid off big time. Last year, the federal DEA passed on the chance to reschedule marijuana away from its “Schedule I” designation. And Attorney General Jefferson Beauregard Sessions, the highest ranking law enforcement official in the nation, has vowed to reboot the war on drugs.

But Now It Wants A Cannabis Monopoly

Despite the drug industry’s best efforts, however, cannabis legalization is accelerating and appears to be unstoppable, at least as far as state law goes.

And that’s exactly what Big Pharma fears. The numbers speak for themselves. States that have legalized medical marijuana use substantially less prescription drugs than those without. As a medicine, marijuana is a major threat to Big Pharma’s bottom line.

So for years, they opposed legalization efforts. All the while, drug companies have foisted a prescription opioid epidemic on the United States. While Big Pharma records record profits, more people in America under 50 are dying from drug overdoses than any other cause.

Medical marijuana is a safer, more affordable, and effective treatment than many pharmaceuticals. Under prohibition, drug companies have created their own monopolies on drugs that treat the same illnesses cannabis can. And they’ve ratcheted up drug prices to unprecedented levels.

But sensing that this strategy was reaching its expiration date, Big Pharma decided to take a new tack.

That new strategy was to simply become the only game in town. Right now, drug companies “compete” with small-scale state-legal medical cannabis providers. Scare quotes because the competition isn’t exactly fair when one team is in violation of the federal laws the other team happens to be writing.

But traditional providers put up a worthy fight, as their success shows. Key to that success is the ability to cell CBD products derived from cannabis. CBD, cannabidiol, is a cannabinoid researchers have linked to dozens of therapeutic effects.

CBD is widely available in a number of different forms. But of course,  the federal ban on any cannabis-derived products makes these medicines illegal.

Some CBD producers use a small loophole in the law. They derive CBD from industrially produced hemp. But these products don’t have the same potency and purity as cannabis-derived CBD.

And by definition, the federal Food and Drug Administration can’t approve cannabis CBD products. But one pharmaceutical company stands ready to become the only producer of an FDA-approved CBD product. And if they do, then traditional medical cannabis providers won’t be able to assist their patients.

Last month, we covered the ultra-important studyin The New England Journal of Medicine on CBD as a treatment for epilepsy in children. Researchers found that CBD extracts from cannabis plants dramatically lowered the rate of seizures in children with a rare type of epilepsy called Dravet’s Syndrome.

It turns out that the company which manufactured the CBD used in that study, GW Pharmaceuticals, is paying lobbyists to push a bill that would effectively give GW a total monopoly on CBD.

In South Dakota, lobbyists sought to get state legislators to pass a bill, SB 95, that would have rescheduled CBD. Essentially, the state would no longer define CBD as “cannabis,” meaning it would no longer be a Schedule I substance.

As a result, patients would have been stuck with a single source for their CBD medicine. And this would have left them vulnerable to price gouging and other restrictions.