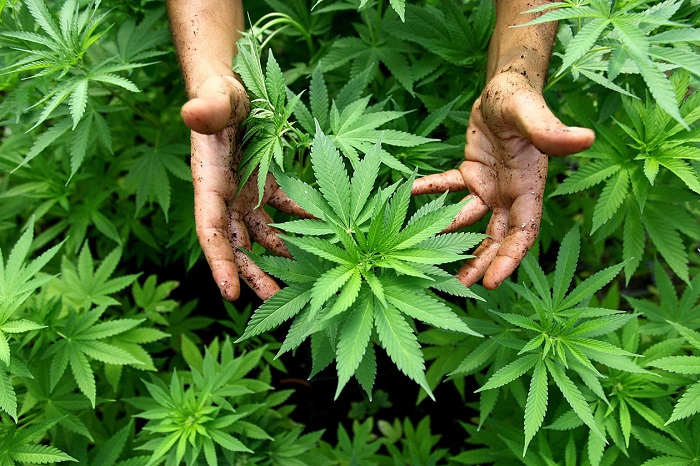 Forty-two percent of surveyed cannabidiol users said they had stopped using traditional medications and had switched to using CBD instead. This post from Forbes turns the spotlight on the findings of the survey!

The largest survey on cannabidiol or CBD usage to date found that women were more likely than men to use CBD and once they started using it, were likely to drop their traditional medicine. A new survey from Brightfield Group and HelloMD covered 2,400 of HelloMD’s community of 150,000 members and did a deep dive into the usage of CBD products and their effectiveness. HelloMD is an online community that brings together doctors and cannabis patients.

Cannabidiol is a non-psychoactive cannabis compound that doesn’t give users the feeling that they are high or stoned. Instead, it is known to have medicinal qualities. Contrary to the image of men being the predominant consumers of cannabis, this survey found that 55% of the CBD users were women, while men preferred the THC-dominant products. Brightfield Group, which helped conduct the survey, studies consumption patterns and demand trends and is committed to providing accurate data in the cannabis industry which seems to be rife with unsupported claims.

The most common reasons people used CBD were to treat insomnia, depression, anxiety and joint pain, according to Dr. Perry Solomon, the Chief Medical Officer of HelloMD. Forty-two percent of the CBD users said they had stopped using traditional medications like Tylenol pain relievers or prescription drugs like Vicodin and had switched to using cannabis instead. Eighty percent said that they found the products to be “very or extremely effective.” Only 3% or less found the product to be either ineffectual or only slightly effective.

One of the areas that the CBD producers will have to work on is educating the consumer about CBD products. There are more than 850 brands of marijuana-derived CBD products on the market and 150 hemp-derived products. (Marijuana and hemp are the two variations of the cannabis plant.) Eight percent of the consumers surveyed admitted they didn’t know which CBD product they had used.

Adding to the confusion is the murky legal status of CBD. Technically, the U.S. Drug Enforcement Agency (DEA) labels all CBD products as illegal. However, hemp-derived CBD is available in just about every state and even online through Amazon. Marijuana-derived CBD tends to only be found in states with legal medicinal marijuana. “This confusion is actually helping the producers of these products as consumers are turning to reliable and trusted brands,” said Dr. Solomon. Care by Design is one of the top marijuana-derived brands in the California market, followed closely by Bloom Farms, a leader in the cartridge oil market for vape pens. Kiva Confections is the third favorite choice in the chocolate market. The survey found that these three brands dominated leaving the rest of the market very fragmented. One of the complaints from the CBD users in the survey was that marijuana-derived CBD products were more expensive than hemp-derived products.

When it came to hemp-derived CBD products, that market was led by Charlotte’s Web by the Stanley Brothers, which gained fame from the CNN reporter Sanjay Gupta. It was followed by Plus CBD oil and Mary’s Nutritionals. The complaint from the hemp-derived users was that it was less effective than the marijuana-derived CBD and that might explain why 90% said they would only buy marijuana-derived CBD. All users preferred vaping for consumption followed by traditional marijuana buds or flower with edibles as the third preference. They also spent between $20 and $80 a month on CBD products.

Dr. Solomon noted that patients using vapes feel the effects of the CBD faster than if they use an edible. If they are looking for relief, they want it quickly. However, in the case of insomnia he said a vape method of consumption works best if you have trouble falling asleep, but if you have trouble staying asleep than an edible is the better choice. “This landmark survey, in terms of its size and depth, shows the tremendous value that these products have for patients,” Dr. Solomon said. “Hopefully, access for products such as these will help patients all across the country who cannot obtain medication that contains THC.”