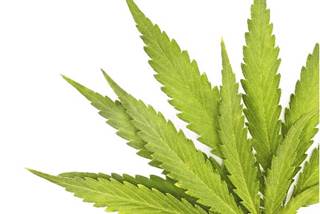 Researchers from the University of Alabama at Birmingham Cannabidiol Program will present preliminary results from the cannabidiol (CBD) oil studies currently ongoing.

In April 2015, the University of Alabama initiated the studies to examine the safety and tolerability of CBD oil for severe, intractable seizures. CBD oil is derived from the cannabis plant and is supplied as an oily liquid for oral administration. The study oil contains just traces of the psychoactive component in marijuana, THC.

Three abstracts contain results from the first 51 study participants enrolled in the studies. Initial findings showed approximately half of the participants responded to CBD oil therapy with overall sustained improvement in seizure control over a 6-month period. Among responders, there was a 32–45% decline in seizures based on the CBD oil dose. Two patients became seizure-free and 9 patients dropped out due to side effects or lack of efficacy.

Jerzy Szaflarski, MD, PhD, principal investigator of the adult study added, “The evidence of seizure reduction gives us hope that, the more we learn about CBD oil, the better we will be able to tailor this therapy to provide relief for those with severe epilepsy.”

A study on potential interactions between CBD and clobazam, a common antiepileptic drug, showed a clear interaction with increased levels of clobazam during CBD therapy. This evidence aligned with the researchers’ belief that therapy with CBD might increase clobazam levels, leading to increased sedation. They noted the importance in monitoring levels of  clobazam and its metabolite N-desmethylclobazam when treating patients with CBD.

Another study focused on the effect of CBD oil treatment on EEG (electroencephalography) tests. The same cohort (n=51) received EEG tests prior to CBD treatment initiation and then again after the treatment had begun. Findings showed CBD did not seem to negatively affect standard EEG parameters. The study was limited, however, by the short duration of the EEG s well as the time between the tests conducted prior to and during CBD therapy.

A separate study evaluated the effects of CBD treatment on attention circuits in the brain using functional MRI (fMRI). Among patients that underwent fMRI prior to and during CBD treatment, their scanning showed improved activation of brain regions important for attention. Study investigators concluded that these initial findings were promising and show the potential of CBD to also improve cognition in patients with poorly controlled epilepsy.

Currently, the CBD studies have 40 children and 39 adults enrolled.