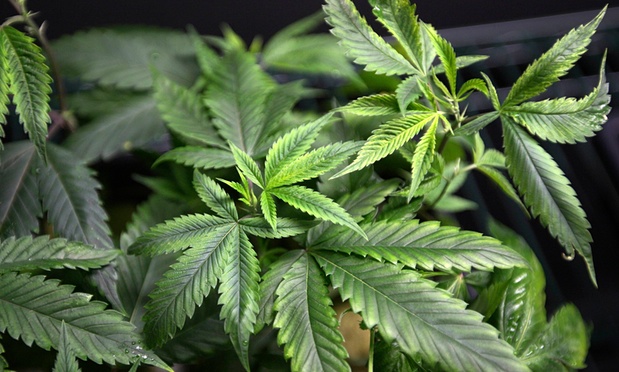 The campaign landscape in California is a crowded field with 18 proposed legalization initiatives fighting to appear on the state’s November 2016 ballot. This post from The Guardian reviews the proposals that are likely to be the frontrunners.

Of 18 submitted proposals, Sean Parker’s Adult Use of Marijuana Act is considered the frontrunner because of his rumored financial backing.

With almost a year left until election day 2016, a slew of proposals to legalize marijuana are already being floated in California, ushering in a referendum not just on whether to legalize pot in the world’s eighth largest economy, but how.

“A lot of money is going to be spent and it’s going to be a big show,” said Hezekiah Allen, head of the statewide California Growers Association, a cannabis advocacy group, of the dueling plans. “We’ll see how it goes. It’s a long time until election day.”

Eighteen proposed initiatives for legalizing cannabis had been submitted to the California attorney general’s office as of early November. Nine of those have been issued titles and summaries, allowing them to begin collecting signatures to qualify for next fall’s election.

The most high-profile of the proposed initiatives is backed by Silicon Valley titan Sean Parker, founder of Napster and an early investor in Facebook.

That measure, called the Adult Use of Marijuana Act, is considered the frontrunner largely because of Parker’s rumored financial backing – although the plan has not yet been cleared by the attorney general and no formal campaign has been organized around it, according to spokesman Jason Kinney.

The California initiative process, which allows laws to be made directly by voters, would not limit how many marijuana legalization plans are put on the ballot. Each just needs to collect a required number of signatures based on the number of voters in the last gubernatorial election. This cycle, that means gathering 365,880 supporters in a 180-day time limit – requiring a costly battalion of clipboard-wielding workers, something most of the efforts other than the Adult Use Act likely lack.

While all the proposals currently under consideration in California would permit adults 21 and older to buy cannabis in retail outlets, they differ on a host of ancillary issues such as whether to regulate against so-called Big Marijuana by prohibiting one entity from engaging in cultivation, distribution and sales.

Other differences include how much control local municipalities would have to limit the industry and what kinds of on-the-job protections medical marijuana patients would have.

Those issues are causing fractures among legalization proponents. And legislators are worried that the comprehensive legal framework just constructed for the medical market after years of debate could be dismantled by the proposals.

“I think the passage of the package of medical marijuana bills certainly unleashed a lot of enthusiasm among the legalization forces and … probably it does get them stirred up with their sort of personal wish list of what they would like to see, and that is frankly probably without regard to what we did,” said California Assembly member Ken Cooley, author of some of the recent medical legislation. “If it intends to upend what the legislature has done, that will be a problem.”

Parker’s Adult Use Act would allow adults 21 and older to possess up to an ounce of marijuana, six plants and four grams of concentrates. It would impose a 15% excise tax on retail sales and give state regulators discretion on how to avoid monopolies.

Some critics worry that the 60-page proposal doesn’t do enough to limit the potential for large-scale growers to dominate the industry. Under the recently passed medical marijuana legislation, cultivation, distribution and sales are governed by separate licenses and no single business can be involved in the entire chain. The Adult Use Act does not have that restriction. The California Growers Association wrote that “the lack of protections against consolidation and monopolies” was a “dealbreaker”.

Dale Sky Jones, chairwoman of ReformCA, which is running its own ballot initiative called the Control, Regulate and Tax Cannabis Act, said that she is “concerned” that there are “discrepancies between what’s written and what they are saying is written”. Her group is especially involved with social justice issues and removing limitations on those with prior non-violent drug convictions from being in the industry.

Sky Jones said that while her effort is “the David here next to Goliath”, she has spent the past two years “building an army” of volunteers and coalition partners that will make it a viable contender and she’s ready to go that route.

Still, Sky Jones, like many other stakeholders, is in negotiations with the Parker team for ways to work together, with the goal of avoiding a logjam of measures on the ballot – but the details are proving divisive.

Kinney said that while most parties agree on “99%” of items, “that 1% seems to really divide them. We have to get past that and find a common ground … The broad majority of Californians as well as all these stakeholders all want the same thing, which is a legal, controlled system for adult use. And everybody knows the only way for us to get there is to build consensus around one measure.”

Scott Chipman, with the advocacy group Citizens Against Legalizing Marijuana, which helped in the recent Ohio election where legalization failed to pass, said retail cannabis “is certainly not inevitable”. He said his group has filed its own ballot measure that would prohibit for-profit sale of marijuana and plans on campaigning against legalization.

“If there are just a small number of people who come out and make an argument in opposition to legalization, the vast majority of people come out and agree,” he said. “We are not intimidated and we are not going away.”