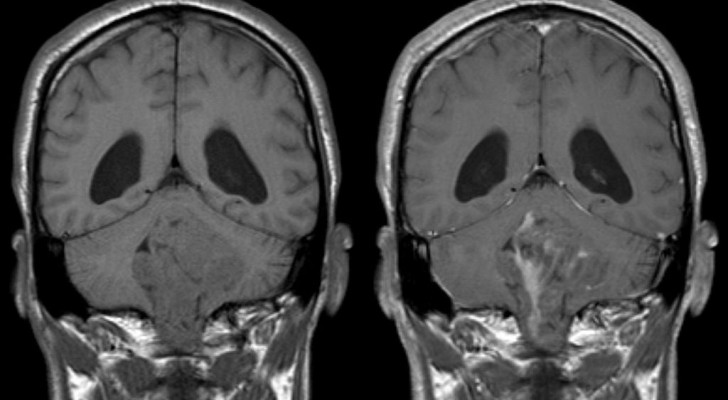 In this post from Collective Evolution, Jeff Roberts reports how a group of federal researchers, commissioned by the government, may have unwittingly revealed how cannabis actually kills cancer cells.

A group of federal researchers commissioned by the government to prove that cannabis has “no accepted medical use” may have unwittingly let information slip through the cracks, revealing how cannabis actually kills cancer cells.

The research, which was conducted by a team of scientists at St. George’s University of London, found that the two most common cannabinoids in marijuana, tetrahydrocannabinol (THC) and cannabidiol (CBD), weakened the ferocity of cancer cells and made them more susceptible to radiation treatment, said Mike Adams of Herbal Dispatch.

The study, which was published last year in the medical journal Molecular Cancer Therapies, details the “dramatic reductions” in fatal variations of brain cancer when these specific cannabinoids were used in conjunction with radiation therapy.

“We’ve shown that cannabinoids could play a role in treating one of the most aggressive cancers in adults,” wrote lead researcher Dr. Wai Liu, in a November 2014 op-ed for The Washington Post. “The results are promising… it could provide a way of breaking through glioma [tumors] and saving more lives.”

“Recent animal studies have shown that marijuana can kill certain cancer cells and reduce the size of others,” the NIDA report said. “Evidence from one animal study suggests that extracts from whole-plant marijuana can shrink one of the most serious types of brain tumours. Research in mice showed that these extracts, when used with radiation, increased the cancer-killing effects of the radiation.”

NIDA’s newfound pro-pot position is especially curious given that it was revealed on the heels of a recent proposal introduced to both Congress and the House of Representatives which attempts to legalize medical marijuana on a national level. The bill, which is called the CARERS Act, seeks to downgrade the Schedule I status of marijuana to a Schedule II in order to make the herb more flexible in the eyes of the federal government as an accepted form of medicine.

In addition, the bill would also remove cannabidiol, the non-intoxicating compound of the pot plant, from the Controlled Substances Act and allow it to be distributed on a state-to-state basis without violating federal statutes.

Cannabis became a schedule I drug in 1970 with the passing of the Controlled Substances Act, which classified cannabis as having a high potential for abuse, no medical usage, and unsafe to use without medical supervision.

This federal research basically contradicts cannabis’ schedule I status. Could this mean reform is closer than we’d originally imagined?

via The US Finally Admits Cannabis Kills Cancer Cells | Collective-Evolution.