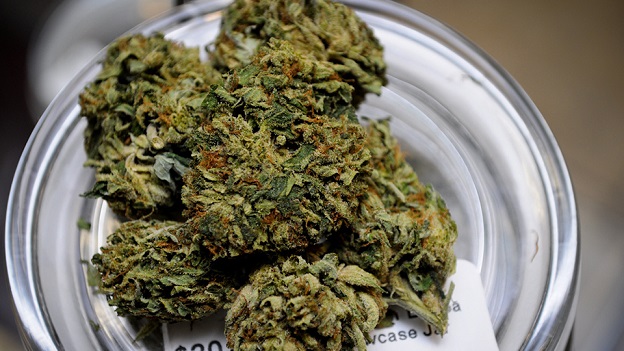 Evidence of marijuana’s anti-cancer properties is in the limelight once again, only this time there’s support from NCI, government’s principal agency for cancer research, too. This post from Lifehack discusses NCI’s website updates about the encouraging results of studies on the subject.

As more states consider legislation to legalize recreational marijuana use, further evidence to support the much-debated medical merits of cannabis has surfaced. Promising preclinical studies that suggest that marijuana may be able to reduce and even kill cancerous cells have once again surfaced—and this time they’re gaining support from the federal government.

The National Cancer Institute (NCI), which is federally sponsored, released an update to its website that adds recent non-human studies on cannabinoids and cancer. The studies are part of the institute’s collections under “Complimentary & Alternative Medicine,” or “CAM,” on the official government website for cancer information and research. Though marijuana is still not officially approved by the FDA and other relevant agencies for either medical or recreational use, the encouraging results of studies such as these indicate that may change in the not-too-distance future.

Here are the findings of the studies posted by the NCI:

One way cannabinoids may do this is by blocking the development of blood vessels needed by tumors to grow. More importantly, laboratory and animal studies have shown results suggesting cannabinoids may be able to kill or effect the cancerous cells without harming the normal cells nearby.

THC in marijuana may be particularly effective against liver cancer

Cannabis may reduce the risk of colon cancer

Cannabinoids may have potential in reducing the risk of colon cancer, and possibly in its treatment. In particular, it shows promising results in reducing inflammation of the colon, which may reduce overall risk.

A laboratory study of cannabidiol (CBD) in estrogen receptor positive and estrogen receptor negative breast cancer cells showed that it caused cancer cell death. It did so while having little effect on normal breast cells, a particularly positive finding for those who have to undergo a mastectomy to prevent cancer regrowth. Studies showed that cannabinoids may also lessen the number and spread of cancerous tumors in breast tissue.

It may help with more than just nausea in chemotherapy patients

A laboratory study of CBD in human glioma cells (tumor cells in the brain or spine) showed that, when applied in addition to chemotherapy, CBD may increase the effectiveness of chemotherapy and increase cancer cell death, while showing little risk of harming normal cells. In particular, studies showed that CBD together with delta-9-THC may make certain types of chemotherapy, such as temozolomide (treatment for brain tumors), more effective.

Even the National Institute on Drug Abuse (NIDA) has taken notice. A pamphlet on marijuana released by NIDA in April refers to the same studies, stating “recent animal studies [which] have shown that marijuana can kill certain cancer cells and reduce the size of others.” It goes on: “Evidence from one animal study suggests that extracts from whole-plant marijuana can shrink one of the most serious types of brain tumors. Research in mice showed that these extracts, when used with radiation, increased the cancer-killing effects of the radiation (Scott, 2014).” The section also mentions other diseases and disorders that have responded well to cannabinoids in various studies.

Studies such as these could lead to more thorough future studies and, eventually, the conduction of human trials. Until then, marijuana is still considered illegal by the federal government.