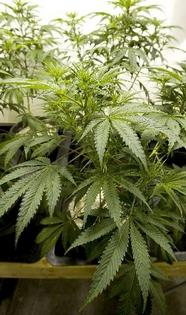 In this post from Providence Journal, Jennifer Bogdan reports that two men behind a new pharmaceutical company told lawmakers that they plan to make a $100-million hemp investment in Rhode Island if the state legalizes hemp.

Two men behind a new pharmaceutical company told lawmakers Wednesday that they plan to make a $100-million investment in Rhode Island if the state legalizes hemp — a type of cannabis that has very low levels of the ingredient responsible for a “high.”

Cousins Anthony Alfonso and Alex Lavin, the founders of Phyto Pharmaceuticals, told the House Health Education and Welfare Committee that they initially intend to make a line of products — including creams and multivitamins — from hemp. Expansion into industrial hemp, a product used to make paper, fiber and textiles, would come in later phases of operation.

They also plan to make an oil that’s used to treat epilepsy. But similar oils are already available through the state’s medical marijuana program — one of the many hazy points discussed during the hearing.

The bill sponsored by Rep. Cale Keable, D-Burrillville, would allow anyone in the state to grow hemp, which is defined as a cannabis plant where the concentration of the psychoactive element THC is less than 1 percent. It also legalizes something called “CBD-rich hemp,” a version that has 15 percent or more cannabidiol, an ingredient thought to have medical benefits.

Joee Lindbeck, a special assistant attorney general, told the committee that will create a logistical nightmare for the state. The black market for marijuana will be bolstered, as it would be easy to hide marijuana plants within a crop of hemp plants. Since THC levels will be the only distinguishing factor — law enforcement would have to continually test plants to determine which are legal.

“How many [employees] do you think it takes to test every single plant? There’s no funding source,” Lindbeck said.

Lavin had responses to those concerns. He said he has an agreement with a company that would handle any testing at no cost to the state.

Addressing the concern about the unlimited number of growers, Lavin replied, “We have no problem tweaking the number of licenses.”

“You said we can limit [licenses] … You don’t have that authority. We do,” Lancia said. “You say it’s a great deal for Rhode Island. I’ve only been here four months, but there’s a string of great deals I’ll show you that turned out very badly for the state. Those kind of statements, they get the antenna up for me.”