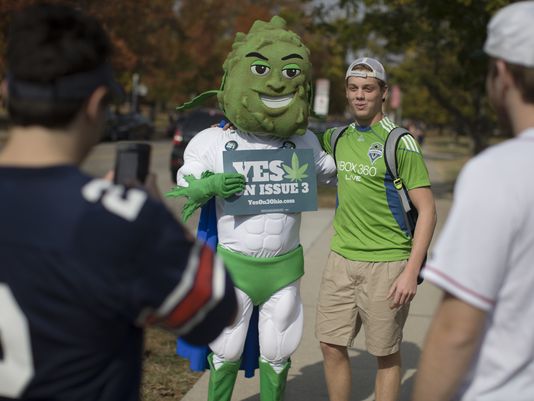 ResponsibleOhio, a pro-marijuana advocacy group, rolled out a weed-themed mascot named ‘Buddie.’ The group has traveled with the mascot across the state hoping to drub up support for recreational pot. USA TODAY

2015’s Off year election turns the spotlight on key issues such as marijuana legalization, tax refunds, LGBT rights and Airbnb initiative. This post from USA Today rounds up the major decisions that have been attracting voters’ attention across the country.

Marijuana, toilets, taxes and the age-old question of humans vs. machines.

Those are just some of the issues to be decided in 2015’s off-year elections, along with the more standard topics – school boards, sheriffs and legislators.