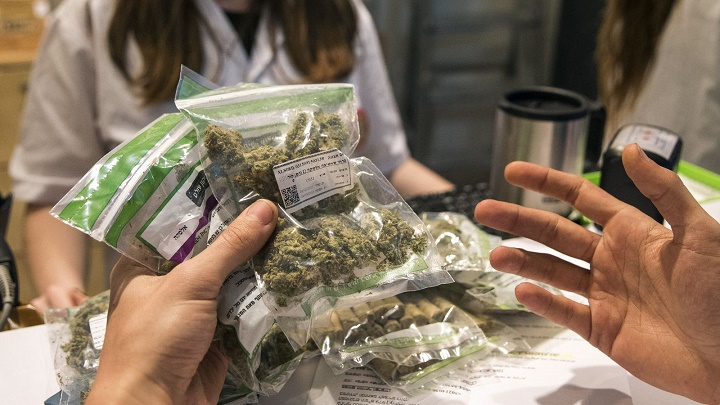 Is your impression of the most talked-about drug based on myths or facts? This post from Mic.com shares the facts about the 4 most prominent marijuana myths.

As the United States appears to move ever-so-slightly toward the nationwide legalization of marijuana, the drug is still listed by the Drug Enforcement Administration as a drug “with no currently accepted medical use and a high potential for abuse.” Critics of marijuana legalization are still concerned about the effects the drug could have on the body.

“Along with others, we have expressed concern about the unintended consequences that may accompany the legalization of medical marijuana,” Eric Hawkins, a spokesman for the Church of Jesus Christ of Latter-Day Saints told the Salt Lake Tribune in a statement in February, opposing a bill in Utah that would legalize medical marijuana. “We have expressed opposition to Sen. Madsen’s bill because of that concern.”

But many of the most widely spread “facts” about marijuana are actually myths.

1. Marijuana can be deadly.

One of the most prominent myths surrounding marijuana is that the drug can be deadly. However, no one has ever died from an overdose on marijuana. A smoker would have to consume anywhere from 20,000 to 40,000 times the standard amount of THC to be at risk of dying, the DEA stated in 1988. But there is little evidence that smoking weed moderately has any long-term effects on the lungs. A 2012 study published by the Journal of the American Medical Association concluded that “occasional and low cumulative marijuana use was not associated with adverse effects on pulmonary function,” after observing over 5,000 adults for 20 years.

The National Cancer Institute wrote, “Because cannabinoid receptors, unlike opioid receptors, are not located in the brainstem areas controlling respiration, lethal overdoses from cannabis and cannabinoids do not occur.”

Smoking marijuana is riskier than eating it, but still safer than other vices, according to Robert S. Gable, a professor emeritus of psychology at Claremont Graduate University. “My surmise is that smoking marijuana is more risky than eating it but it is still safer than getting drunk,” Gable wrote for the American Scientist in 2006. “Alcohol thus ranks at the dangerous end of the toxicity spectrum. So despite the fact that about 75% of all adults in the United States enjoy an occasional drink, it must be remembered that alcohol is quite toxic.”

2. Marijuana is not addictive.

Marijuana probably isn’t as addictive in the same way that nicotine, which produces strong, mood-altering effects within the mind, can be. However, many experts believe that smoking marijuana can become a habit that is hard to let go of, according to CBS News.

Time reported addiction rates for weed generally don’t compare to other drugs, whether they are legal or not. “You see mood effects, irritability. Food intake decreases. There are sleep disruptions. It looks like nicotine withdrawal,” Carl Hart, associate professor of psychology at Columbia University, told Time in 2010. “You can actually die from alcohol withdrawal. Heroin withdrawal you can’t really die from; it’s more like the flu. Marijuana withdrawal is annoying, but it isn’t life-threatening.”

3. Marijuana can affect your memory in the long term.

Studies have shown that marijuana has little to no effect on existing memories, nor can marijuana be blamed for dementia.

“I think all we can say safely so far is using low doses of marijuana for prolonged periods of time at some point in your life, possibly when you’re middle-aged to late-middle-aged, is probably going to slow the onset or development of dementia, to the point where you’ll most likely die of old age before you get Alzheimer’s,” Gary Wenk, professor of neuroscience at Ohio State University, told Leaf Science.

Other studies found that marijuana had “no residual or long-term effects on working memory,” according to Lifehacker. One 2002 study on brain function in long-term marijuana smokers found, after observing heavy smokers who stopped smoking weed for the research, that memories generally went go back to normal after a period of nonsmoking.

According to Kevin Hill — director of the substance abuse consultation service at McLean Hospital, an affiliate of Harvard Medical School — the most dangerous myth surrounding the drug is, “Marijuana is harmless.”

“It’s not harmless. It is not as dangerous as opioids, for example, but while marijuana may not be as bad as opioids, it still can be dangerous,” Hill wrote on a Reddit post that was consolidated by Quartz. “Most researchers agree that early, regular use of marijuana — young people below 25 whose brains are developing — is a bad idea. Major negative effects of long-term use include cognitive difficulties, worsening anxiety, worsening depression and increased likelihood of expressing a psychotic disorder (not causing one).”

Source: Debunking 4 of the Biggest Myths About Marijuana’s Effects on Your Body and Mind