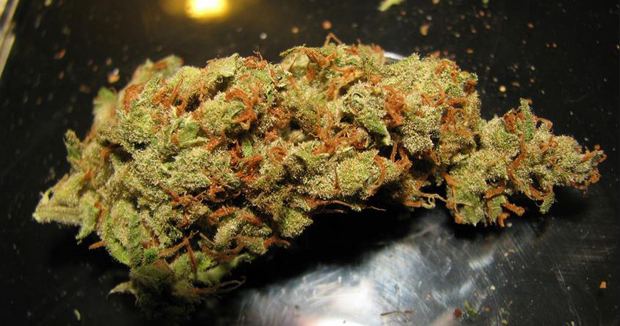 Research on marijuana and sleep reveals a number of ways marijuana helps people sleep better. This post from World Health Support sheds light on five proven reasons why every adult should consume cannabis before bed.

It’s common for people to use marijuana before bed time, whether out of habit or necessity. Now, research on marijuana and sleep helps explain why.

Besides easing insomnia, marijuana seems to have a wide range of effects on sleep.

This is because chemicals in marijuana, known as cannabinoids, actually mimic the activity of chemicals found naturally in the brain.

These chemicals and their biological pathways make up the body’s endocannabinoid system, which is responsible for regulating sleep, among other things.

Likewise, research shows that marijuana can also have a direct impact on sleep. Here’s 5 of the most important effects that studies have identified so far.

In a small study published in 1973, THC reduced the time it took for 9 subjects with insomnia to fall asleep by over an hour on average. However, the researchers noted that too high of a dose could counteract the effect.

Early studies also revealed that taking either THC or CBD before bed could lead to an increase in overall sleep. In one study, increasing the dose of THC also increased the amount of time spent sleeping.

However, higher doses of THC also caused a “hang over” feeling in some subjects when they woke up, while the feeling was not present at lower doses.

Some of the more interesting effects of marijuana on sleep involve its impact on the sleep cycle. Studies show that THC can increase the amount of slow-wave sleep, also known as deep sleep, that an user experiences during their slumber.

This is likely a good thing, since deep sleep is believed to play a major role in the restoration process that occurs during sleep.

What’s more, experts believe that the most damaging effects of sleep deprivation result from a lack of slow-wave sleep. For example, research has shown that reduced slow-wave sleep can be a strong predictor of high blood pressure in older men.

Another way marijuana affects the sleep cycle is a reduction in REM sleep. Many people who smoke before bed report a lack of dreaming, which only occurs during REM sleep.

While less REM sleep could be seen as a negative effect of marijuana use, scientists are still not sure what purpose REM sleep actually serves.

However, people who quit after using marijuana on a frequent basis often experience an increase in REM sleep, also known as the “REM rebound” effect, which is accompanied by an increase in dreaming and restlessness during sleep. But this effect tends to wear off within days or weeks, depending on the individual.

When it comes to medical use, marijuana could offer an incredible benefit to the approximately 25% of men and 9% of women who suffer from a disorder called sleep apnea.

Sleep apnea is characterized by disrupted breathing during sleep, and has been linked to a number of serious conditions, including diabetes and heart problems. Unfortunately, the vast majority of sleep apnea sufferers remain undiagnosed and untreated.

Even of those who seek treatment, many eventually give up on wearing a CPAP mask every night.

But that’s where marijuana may help, as researchers are currently trialing THC as an alternative, with early results already showing promise. If clinical trials are successful, which they appear to be so far, this could be another great breakthrough for many who struggle to sleep.