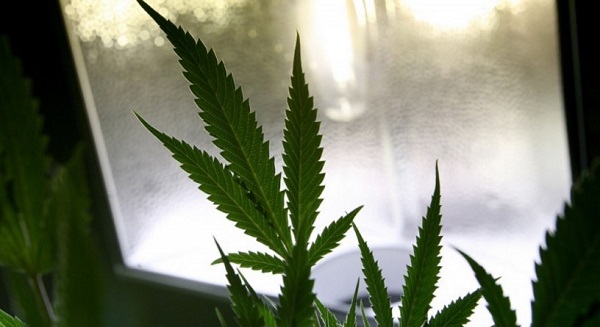 Contentions that scientists have failed to conduct sufficient research on the health and societal effects of cannabis are unfounded. A keyword search on the National Library of Medicine database reveals over 23,000 peer-reviewed papers specific to the marijuana plant, and new scientific discoveries are published almost daily debunking the federal government’s claims that the herb is a highly dangerous substance lacking therapeutic efficacy. Here are five new cannabis-centric studies that challenge longstanding marijuana myths.

Marijuana abuse is on the decline

Contrary to what you may have heard, the percentage of Americans reporting having experienced pot-related problems is declining. That’s according to the results of a newly published study in the journal JAMA Psychiatry.

Investigators at the Washington School of Medicine in St. Louis assessed trends in marijuana use and in the prevalence of marijuana use disorders during the years 2002 to 2013. Researchers found that the self-reported use of cannabis by adults increased an estimated 19 percent, but that reports of cannabis-related problems actually declined during this period.

“We’re certainly seeing some increases in marijuana use,” the lead researcher of the study said . “But our survey didn’t notice any increase in marijuana-related problems. Certainly, some people are having problems so we should remain vigilant, but the sky is not falling.”

Separate evaluations of self-reported marijuana use by young people have determined that rates of cannabis use by high-school students are significantly lower today than they were 15 years ago.

The study’s findings contradict those of a widely publicized 2015 paperwhich alleged that the use of marijuana had doubled over the past decade and that an estimated one-third of those who consumed cannabis did so problematically. Predictably, while the 2015 study received widespread coverage, only a handful of media outlets have published follow up stories highlighting the revised data.

Pot is associated with compensatory driving behavior; booze is not

Stoned drivers are slower drivers. That is the finding of a just published federal study in the Journal of Applied Toxicology. Its conclusions mimic those reported in a series of on-road driving studies performed by the US National Highway Traffic Safety Administration in the 1990s.

Investigators affiliated with the US National Institute on Drug Abuse and the University of Iowa assessed the effects of vaporized cannabis on simulated driving performance. Researchers report that cannabis-positive subjects decreased their speed and increased the distance between their vehicle and the car in front of them, while alcohol-positive participants did the opposite.

While some studies have reported that THC-positive drivers possess a nearly two-fold risk of motor vehicle accident compared to drug-free drivers, other reviews have reported comparatively less risk and, in some cases, no elevated risk after adjusting for confounding variables such as age and gender. By contrast, driving with legal amounts of booze in one’s system is associated with a four-fold increased crash risk, while operating a motor vehicle with two or more passengers more than doubles one’s risk of a motor vehicle crash.

Longstanding claims that smoking pot leads to depression have been rejected in a new longitudinal study published in the Journal of Affective Disorders.

A team of Swedish investigators conducted a three-year prospective study in a cohort of 8,600 men between the ages of 20 and 64 to assess whether cannabis use was associated with increased incidences of depression later in life. After scientists adjusted for potentially confounding variables, such as other illicit drug use and family tension, they reported no link between pot use and symptoms of clinical depression or anxiety.

Investigators did find that subjects who reported suffering from depression during their baseline interviews were more likely to be pot smokers at follow up. However, these respondents were also more likely to consume other illicit drugs as well.

When New York lawmakers signed off on legislation in 2014 authorizing the use of medical marijuana, they refused to permit chronic pain patients the opportunity to utilize cannabis therapy. Their decision, which is now codified in New York state law, flies in the face of compassion and science. That’s because the daily use of cannabis provides pain relief and reduces opioid use in patients with treatment-resistant chronic pain conditions, according to clinical trial data reported online ahead of print in The Clinical Journal of Pain.

Investigators with Hebrew University in Israel evaluated the use of cannabis on pain in a cohort of 176 patients, each of whom had been previously unresponsive to all conventional pain medications. Subjects inhaled THC-dominant cannabis daily (up to 20 grams per month) for a period of at least six months.

A majority of the study’s participants (66 percent) experienced improvement in their pain symptom scores after cannabis therapy, and most reported “robust” improvements in their quality of life. Subjects’ overall consumption of opioid drugs declined 44 percent by the end of the trial, and a significant percentage of participants discontinued opioid therapy altogether over the course of the study.The Israeli results are similar to those reported in a 2015 Canadian trial which concluded that chronic pain patients who use herbal cannabis daily for one-year experienced reduced discomfort and increased quality of life compared to controls, and did not possess an increased risk of serious side effects.

Separate data published in 2014 in The Journal of the American Medical Association determined that states with medical marijuana laws experience far fewer opiate-related deaths than do states that prohibit the plant. Investigators from the RAND Corporation reported similar findings in 2015, concluding, “States permitting medical marijuana dispensaries experience a relative decrease in both opioid addictions and opioid overdose deaths compared to states that do not.”

Repeated claims that the enactment of medical cannabis laws is associated with spikes in youth marijuana use are categorically false. Want proof? According to a new review of US federal drug use data from the years 2002 to 2011, “[T]here is no evidence of a differential increase in past-month marijuana use in youth that can be attributed to state MML (medical marijuana laws).”

While the study’s authors acknowledged that many medical marijuana states have higher rates of cannabis use compared to non-medical states, they affirmed that these jurisdictions already possessed elevated use rates prior to any change in law and that the enactments of laws did not causally contribute to this change. They are hardly alone in their assessment.

In 2015, investigators at Columbia University in New York and the University of Michigan assessed the relationship between state medical marijuana laws and rates of self-reported adolescent marijuana use over a 24-year period in a sampling of over one million adolescents in 48 states. Researchers reported no increase in teens’ overall pot use that could be attributable to changes in law, and acknowledged a “robust” decrease in use among 8th graders. They concluded: “[T]he results of this study showed no evidence for an increase in adolescent marijuana use after the passage of state laws permitting use of marijuana for medical purposes. … [C]oncerns that increased marijuana use is an unintended effect of state marijuana laws seem unfounded.”

And they weren’t alone either. In fact, their conclusions were consistent with the findings of nearly a dozen similar studies — such as those available here, here,here, here, and here.