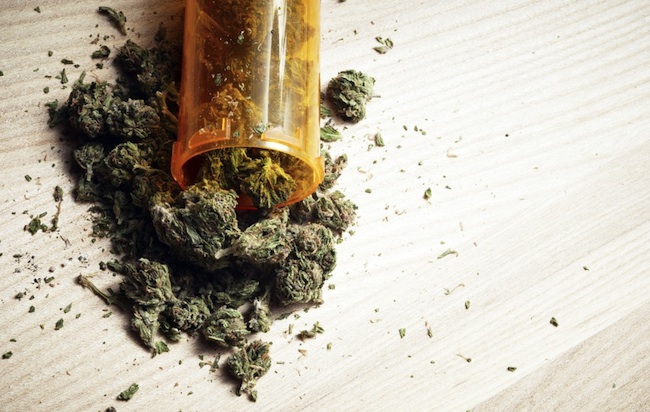 Whether you’re a proponent of the high-flying approach to medicine or not, you’ve probably heard that the first eightmedical marijuana dispensaries opened this week in New York (with 12 more to follow later on in 2016). But before you dust off that bowl you bought in college at a Phish concert, there are a few things you should know about how these pot shops will work:

Per New York State Governor Andrew Cuomo’s stipulations, patrons of these medical marijuana marketplaces won’t be lighting up. The law legalizing the dispensaries only legalizes the sale of marijuana that’s been processed into a tincture, oil, vapor, or pill—so don’t expect to see rows of joints and special brownies lined up a la Amsterdam. What’s more, in July 2015, the New York State Department of Health gave licenses to just five companies to grow and dispense the stuff.

2. Not Everyone Will Have Access
Obviously, these are medical marijuana dispensaries, so they’ll only be selling to patients that have legit medical approval. And the restrictions are pretty tough—as of opening week, less than 100 patients statewide were approved to purchase pot.

3. In Fact, the List of Approved Conditions Is Short

Further limiting the customer pool is the list of diseases and conditions that qualify for approval. The program only allows the sale of medical marijuana for certified patients with serious ailments such as cancer, HIV/AIDS, Parkinson’s, ALS, multiple sclerosis, epilepsy, and IBS.

4. You Have to Apply
And becoming one of the select few with access isn’t as simple as flashing a doctor’s note. You’ll have to be specially approved by a physician that’s been registered with the state to obtain a medical marijuana ID card. Only around 150 M.D.’s in New York State are currently registered to adminster medical marijuana, according to the Wall Street Journal.

5. These Aren’t the West Coast Rules
New York is joining other states including California, Colorado, and Washington, where dispensaries are already legally operating—but the eight that opened across New York State on January 7 aren’t running with the exact same set of rules as their West Coast counterparts. In Colorado for example, where there are more than 1,000 dispensaries—with 600 in Denver alone—things seem to be more lax, as there are plenty of anecdotes of those who’ve gotten ID cards pretty easily. In California, meanwhile, medical marijuana was legalized 20 years ago, and a lack of statewide regulation allowed for the creation of illegal dispensaries and easy access to the ganja. Laws vary from state to state, and Cuomo specifically wrote a stipulation in the New York law allowing legislators to pull the plug at any time if they feel the dispensaries are becoming a health hazard.