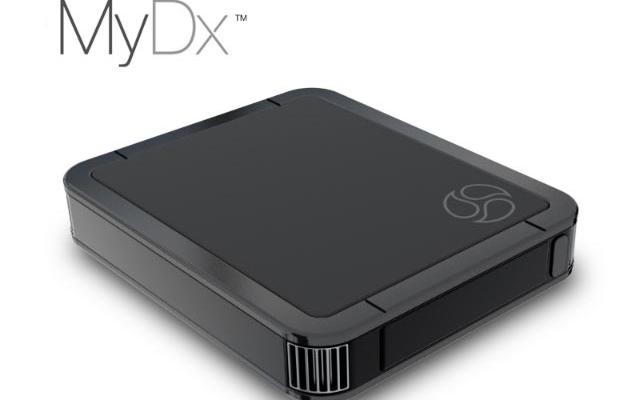 In this post from High Times, Mike Adams turns the spot light on a handheld marijuana-testing device that allows cannabis users the flexibility of examining the purity of their pot before smoking it… better yet, before paying for it.

As the American marijuana culture becomes more mainstream, the modern-day stoner becomes increasingly more conscientious about the quality and overall safety of the weed he or she purchases. Recent reports of marijuana being contaminated with mold, E. Coli and other wicked toxins has caused concern within the cannabis community; and the piece of mind that comes with stringent testing has become invaluable to the consumer.

Unfortunately, without government regulations to help guide the marijuana industry, there is an abundance of the weed purchased across the United States that is untested.

However, an innovative new company has launched a product aimed at eliminating the risk of smoking dope laced with questionable materials like fecal matter, or even worse. MyDx is a handheld marijuana-testing device that allows cannabis users the flexibility of examining the purity of their pot before smoking it… better yet, before paying for it.

This high technology, which was developed by the California-based CDx Life, operates by communicating with a downloadable smartphone app that detects potency levels and other pertinent information.

For about $399, stoners can stroll into a dispensary, pop a small nugget into the device, and walk out feeling confident that they were not just railroaded by some fly-by-night operation slinging ditch weed.

“When presented with a sample of cannabis, MyDx will deliver a strain analysis revealing the abundance of medically-relevant cannabinoids such as THC and CBD, whose ratios have been shown to play a key role in how a specific strain makes people feel,” according to the company’s website.

The Canna sensor is also being programmed to look for terpenoids, which give each strain of cannabis its unique smell, and in synergy with the other compounds found in weed, further contribute to the overall medical effect of the plant.

MyDx co-founder Daniel Yazbeck says his product will do away with the marijuana consumer being forced into making purchases based on blind faith. “What people are inhaling today is more or less a black box,” he said. “MyDx is a device that will improve consumer’s health and empower an industry with the science it deserves to achieve true and practical quality control.”