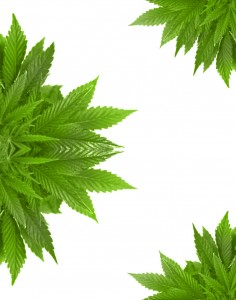 This post from New York Cannabis Institute sheds light on the incredible medical marijuana, its uses, administration, and adverse effects.

Medical Marijuana, also known as cannabis, has been used for more than 3,000 years for the treatment and management of pain, digestive issues and psychological disorders. Despite the fact that marijuana is thought to be useful for treating several medical conditions and symptoms, there is great debate about its safety and efficacy. The Food and Drug Administration has not approved marijuana for any medical condition, yet a growing number of states are legalizing its use for the treatment and management of certain medical conditions.

Currently, medical marijuana is legal in 23 states and the District of Columbia, and recreational use of the drug in small quantities is legal in Washington and Colorado. All the states that have legalized medical marijuana require a doctor’s approval, and all states but Washington require either an ID card that needs to be shown at a dispensary or enrollment in a patient registry. Many of the states that allow medical marijuana use have an online application process and require a patient fee. In addition to receiving an ID card, patients in most states are required to obtain a signed document from their physician indicating the condition being treated and that medical marijuana is the recommended treatment. Laws regarding the use of medical marijuana for treating specific conditions vary by state, and there are restrictions regarding the amount of marijuana that can be dispensed at each visit.

For What Conditions Is Medical Marijuana Used?

The most common reasons for medical marijuana use are relieving pain, controlling chemotherapy-related nausea and vomiting and stimulating appetite in patients with cancer and/or HIV/AIDS. Additionally, a 2014 study by the American Academy of Neurology reported that medical marijuana may be beneficial in easing some of the symptoms associated with multiple sclerosis.

Glaucoma has been treated using medical marijuana since the 1970s, and studies show that medical marijuana decreases intraocular pressure in patients with glaucoma. Additional research by the National Eye Institute concluded that although IOP is lowered following medical marijuana use, the pressure decrease is short-lived (typically three to four hours). This short period of relief is a major drawback, and many health care professionals prefer the traditional therapeutic approaches of prescription medication and surgical procedures because they have proved to be effective for treating glaucoma. In June 2014, the American Academy of Ophthalmology stated that it does not recommend marijuana or other cannabis products for the treatment of glaucoma.

Results from a clinical study published in the journal Neurology reported that medical marijuana may benefit individuals with chronic pain, nausea and vomiting resulting from chemotherapy; lower IOP in those with glaucoma; and reduce spasm-related pain and painful burning and numbness associated with multiple sclerosis. Results from some studies also have shown that medical marijuana may be beneficial in treating neuropathic pain.

Scientists are exploring whether the active ingredients in marijuana may be beneficial and are investigating its use for treating neurologic conditions such as seizure disorders, multiple sclerosis, Crohn’s disease and Parkinson’s disease, but more research is needed.

How Is Medical Marijuana Administered?

If your doctor thinks you’re a candidate for the use of medical marijuana, he or she will determine the appropriate dosage and frequency. Medical marijuana is available in many forms and can be smoked, vaporized, taken orally in pill or liquid extract form, brewed into a tea or added to certain foods.

According to the National Institute on Drug Abuse, research is focusing on the two main chemicals in marijuana: delta-9-tetrahydrocannabinol and cannabidiol. These chemicals are found in different ratios in the marijuana plant. THC is thought to stimulate appetite and decrease nausea, but it may also reduce pain and inflammation. As a result of research on the active chemicals in marijuana, the FDA has approved two medications that are synthetic forms of THC, including Marinol and Cesamet, for treating nausea and vomiting related to chemotherapy in patients who have failed to respond to traditional antiemetic treatments. Marinol is also indicated for the treatment of significant weight loss in patients with HIV/AIDS. Both of these agents are available by prescription only in capsule form.

Research has shown that CBD is a nonpsychoactive cannabinoid that may be beneficial in decreasing pain and inflammation, controlling epileptic seizures and possibly even treating psychoses and addictions. Moreover, an investigational drug that contains cannabidiol (Epidiolex; not yet approved by the FDA) is being studied for treatment of the childhood epilepsy conditions Dravet’s syndrome and Lennox-Gastaut syndrome. Another drug, Sativex, a combination of THC and CBD that is administered by oral spray, is being investigated in clinical trials for treating pain in patients with advanced cancer and for treating spasticity in those with multiple sclerosis.

Are There Adverse Effects to Using Medical Marijuana?

The effect of marijuana on an individual’s ability to function is not the drug’s only side effect. Although the long-term effects of marijuana are not fully understood, results of some studies show that long-term use may be associated with cardiovascular and respiratory problems. Study results show that marijuana contains hundreds of compounds that may damage the lungs – an estimated 50 to 70 percent more cancer-causing chemicals than are in tobacco products – and the American Lung Association reports that marijuana smoke releases 33 cancer-causing chemicals.

Research has also shown that regular and frequent use of marijuana, particularly in high doses, can cause problems with short-term memory and concentration. According to the National Cancer Institute and the National Institutes of Health, possible adverse effects of marijuana may include dizziness, increased heart rate, low blood pressure, problems with short-term memory, decreased attention span, hallucinations, depression, issues with problem-solving skills, impairment of motor and cognitive skills, and insomnia. Some individuals may also experience dry mouth, red eyes, anxiety, low blood glucose levels and drowsiness.

Debate continues regarding the use of Medical marijuana for treating and managing certain medical conditions, and more research is clearly needed. Individuals interested in the medical use of marijuana should discuss this issue with their primary health care provider, understand the potential for adverse effects and and weigh the risks versus the benefits. Just as with any other medication, you need to be informed about its proper use, side effects and potential interactions with other medications. The most important thing you can do is have an open dialogue with your primary health care provider to learn the facts about the use of medical marijuana in your state and the available treatment options.