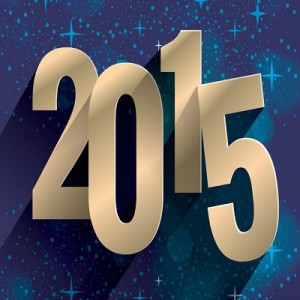 Here are some of the top drug policy stories that go on to show beyond doubt that marijuana was in the limelight throughout 2015. This post from The Weed Blog filters out the ten most popular stories of 2015.

As the year winds down, we look back on the big stories in drug policy, from marijuana reform to climbing fatal overdose levels to sentencing reforms and beyond.

The great social experiment with marijuana legalization appears to be going off without a serious hitch, and that’s great news for people in states where it will likely be an issue next year. No outbreaks of reefer-induced mass criminality have taken place, no hordes of zombie school kids have appeared. In fact, very little at all seems to have happened, except that in Washington state, marijuana arrests are way down, tax revenues are flowing in, and, and ditto for Colorado, where legal pot has created 16,000 jobs (not to mention thousands more in weed-related industries) and, in Denver at least, a real estate boom is going on. Evaluating the impacts of a policy shift like ending state-level marijuana prohibition is a complicated and long-term affair, but so far it we’re not seeing any signs of major social policy disaster.

Marijuana legalization is now consistently winning majority support in national polls. An April CBS News poll (released on 4/20) reported support at “an all-time high” at 53%, while a Pew Research poll that some month also came in at 53%. An October Gallup poll had support at 58%, a November Morning Consult poll had it at 55%. This is really quite remarkable: Less than a decade ago, fewer than a third of people were ready to legalize it. Beginning in 2012 or 2013, public opinion reached the tipping point, and now we’ve clearly tipped.

Efforts are well-advanced in a half-dozen states states to put legalization initiatives on the ballot next year. A Nevada initiative has already qualified for the November ballot and a Massachusetts initiative has also met its initial signature gathering hurdle (but must let the legislature have a chance to act before gathering a token amount of additional signatures to qualify for November). Initiative signature gathering campaigns are also well-advanced in Arizona, Maine, and Michigan, and while the California effort lags behind, an initiative backed by some deep-pocketed funders should qualify for November as well. State polls in those states show majorities for legalization, but support numbers only in the 50s suggests that victories are by no means inevitable. Those numbers tend to get pushed down in the course of an actual campaign, especially if there’s well-funded opposition. And serious efforts are underway in two states, Rhode Island and Vermont, to pass legalization at the state house next year.

4.  Monopoly Marijuana Gets Rejected in the Heartland.

In a clear signal that marijuana legalization is not inevitable, a well-funded, but equally well-loathed legalization initiative went down in flames in November. The ResponsibleOhio initiative would have enshrined within the state constitution a “monopoly” under which pot would be legalized, but only 10 growers could produce commercial pot crops. The effort was opposed by the state’s Republican political establishment, as well as the usual suspects in law enforcement, but also by most of the state’s marijuana legalization activists. Concerns about the role of industry money in the movement are on the rise, but ResponsibleOhio wasn’t even industry money — it was just a set of wealth investors hoping to cash in with their privileged positions in a newly legal and high lucrative industry.

The most energetic mass movement since 2011’s Occupy Wall Street (and beyond) is taking direct aim at policing abuses that have festered for a generation — and the war on drugs is deeply implicated in them. BLM’s Campaign Zero manifesto to end police violence includes numerous drug war-related reform targets. From the militarization of policing to mass incarceration, from stop-and-frisk to “policing for profit,” the objects of BLM’s ire are key components of the drug war, and the movement is raising the racial justice imperative in the loudest fashion possible.

Drug overdoses are now the leading cause of accidental death in the US, claiming some 44,000 lives a year. Heroin is involved in more than 8,000 of those deaths, but prescription opiates are involved in twice that number. Deaths related to prescription opiates are actually leveling off in line with a decrease in prescribing beginning in 2012, but heroin deaths, which quadrupled between 2002 and 2013, are not, especially as people who once had access to pain pills resort to the black market. With the rising death toll — and the changing demographics of users; younger, whiter, less “urban” — has come a new openness toward harm reduction measures that can actually save lives, especially the wider availability of the opiate overdose reversal drug naloxone (Narcan). Access to the drug is being increased around the country,thousands of lives are being saved, even the drug czar is for it. It’s not like having supervised injection facilities, where users can inject under medical supervision, and which are proven to practically eliminate overdoses (Vancouver’s InSite points to exactly zero fatal overdoses in nearly 16,000 injections), but it’s a start.

The use of asset forfeiture has been a favorite drug war tactic of police and prosecutors for years, and has grown to the point where federal law enforcement seized more from citizens than burglars did last year. It’s been 15 years since the last round of federal asset forfeiture reform, and the pressure is building in Washington. The year started off with then Attorney General Holder abruptly limiting federal seizure sharing with state and local cops, which cut off a main conduit for local cops to get around state asset forfeiture laws (the federal equitable sharing program allowed seizing law enforcement agencies to keep 80% of seizures, while state laws often required seizures to go into general funds). That was followed by the filing of a Rand Paul bill to end federal civil asset forfeiture with a House panel signaling support. The practice is also under fire in the states, where more than a dozen took up bills this year. In two states, Maryland and Wyoming, bills passed the legislature, only to be vetoed by Republican governors, but new asset forfeiture reform laws went into effect July 1 in Montana and New Mexico and passed inMichigan in the fall. Look for more asset forfeiture reform battles next year, both in Congress and at the statehouse.

At the end of October, the largest prisoner release in recent US history took place, with some 6,000 prisoners set free after their drug sentences were cut thanks to policy changes by the US Sentencing Commission. Another 8,000 are set to be released the same time next year. Along with other sentencing reforms enacted in the past few years, the move has resulted in the federal prison population declining for the first time since Ronald Reagan unleashed the modern drug war in the early 1980s.

President Obama commuted the sentences of 68 drug offenders earlier this year, and just last week he commuted the sentences of nearly a hundred more. Obama has now issued more commutations (which actually free people still behind bars, as opposed to pardons, which are granted after the fact) than the last five presidents combined, and with some 35,000 having petitioned for commutations at the invitation of the Justice Department, we could well see another big batch next year before he leaves office.

In a good way. On the issue of marijuana policy, Bernie Sanders has become the first serious mainstream presidential candidate to endorse marijuana legalization, and, as this Marijuana Policy Project report cardon the presidential candidates shows, many of the others — from both parties — support medical marijuana, decriminalization, and/or a states’ rights approach to legalization. Not all of them do, of course, but supporting marijuana reform is now a thoroughly mainstream position in presidential politics. Similarly, the candidates have been addressing high rates of prescription opiate and heroin use, with even some GOP candidatestalking about treating addiction as a health and public health issue, not a criminal justice one. Democratic contenders have also been addressing the problem as a public health issue, most recently in the New Hampshire Democratic debate. We’ve come a long way from competing to see who can be the “toughest” on drugs.