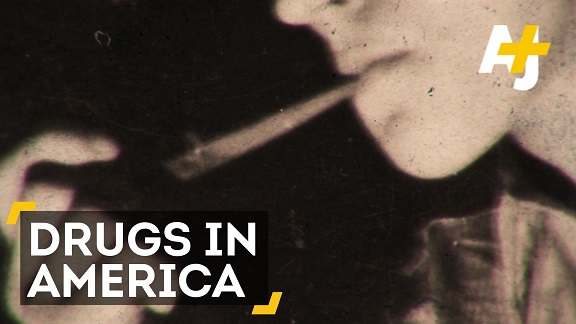 This video from AJ+ traces 100 years of America’s drug war starting from early 1900s. This post from Esquire showcases the dynamic video that reviews the history of the war on drugs in the United States and the vicious cycle it has created as a result.

You name it, the U.S. has banned it at some point. Caffeine? Check. Alcohol? Check. Marijuana? Check. Heroin, cocaine, etc.—check, check, and check.

This video from AJ+ starts in the early 1900s and outlines America’s war on banning drugs up through present day. The first enemy of good ol U.S of A wholesomeness was caffeine in the 1910s, a decade that saw the U.S. government suing Coca-Cola for adding the substance to its drink. Then it was on to alcohol in the 1920s, which, as we all know, didn’t work out. The war on drugs is a vicious cycle, something that this video makes abundantly clear. But, hey, at least we’re getting passed the age of “refer madness and the evils of weed.”