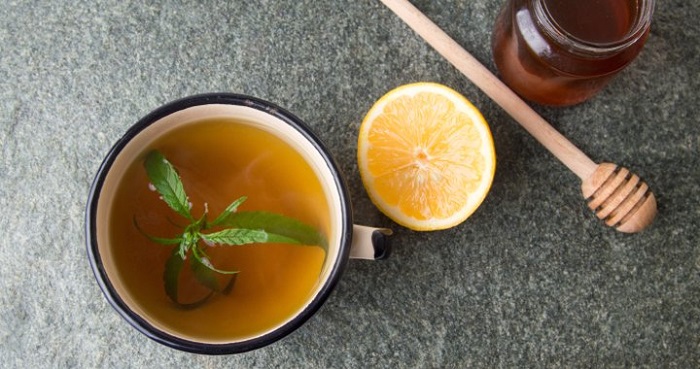 Wanna learn how to make a potent cup of weed tea? This post from Green Camp shares a recipe for a cuppa that’ll become your favorite way to get high.

We all heard stories of grandma’s accidentally taking their grandson’s weed stash and then making one hell of a tea cup.

If you think that would make an awesome movie, you should probably go watch Grandma’s Boy (2006) right now.

All jokes aside, we are here today to talk about the fine art of brewing the most epic pot of weed tea (get it, it’s a play on words haha another joke I bet you didn’t see that one coming).

For all information about weed tea, its effects, a guide on how to make it and what ingredients and tool are the best for making weed tea, please keep reading and keep in mind that if this is your first time making weed team make sure someone is nearby to help you out if there are any complications.

Expecting weed tea to have any other effects other than getting you high is just silly. Similar to any other way of ingesting cannabis, drinking weed tea will give you a mellow and euphoric high.

Weed tea has a normal taste of tea just like any other tea.

Depending on how well you drain the tea of the weed residue you maybe won’t even taste any THC residue.

It will give you the energy you need to get through rough mornings and take you to sleep after exhausting days.

Weed tea has double the effect when combined with some delicious and tasty weed cookies or weed brownies.

The experience is very extreme and beginners in the world of cannabis should not be experimenting with cannabis tea and edibles at the same time unless they have the explicit desire of waking up 12 hours later with a black hole in their stomach and an empty fridge.

How to make potent weed tea

Potent weed tea is made by using the most potent weed strain you can find.

If you want to measure the dosage of THC in a single cup, the math is pretty simple:

If you are using a strain of about 15% THC content, one cup made using one gram of that cannabis strain will have about 150mg of THC per cup.

As with all teas, strength depends on how long you allow it to steep; longer equals stronger tea.

If you aren’t familiar with the process of steeping tea, this means that the longer you leave the weed to soak in your cup, the stronger will be both the taste and the high.

Weed tea can be mixed with a variety of supplements just like regular tea.

Adding honey, milk, lemon or other spices will not change the chemical composition of the tea, which means that it won’t affect you or the high that follows.

Weed tea has been a known cure to several well known nuisances such as morning sickness.

Hand shaking, anxiety, depression and sleep issues are all problems you can tackle with a couple sips of cannabis tea. This is a great thing to know as all of the above mentioned problems are medical issues that doctors have no problems prescribing drugs for.

If you are a hardcore weed hater and you would rather take FDA approved drugs, by all means, go ahead and take your drug of choice.

We are here to offer an alternative version which is becoming more and more globally accepted as a legit replacement for heavy industrial drugs.

If you are new to using cannabis as a recreational drug, here’s something you should know before drinking your first cup:

The effects of marijuana-infused tea generally manifest slowly. People report that they usually start experiencing effects ~30 to 90 minutes after they begin drinking the tea.

However, this depends also on the type of your metabolism, potency of the cannabis used to make the tea, your THC tolerance levels, and other factors.

Here are the necessary tools and ingredients that you will need to make a batch of weed tea using cannabutter.

Source: How to Brew Weed Tea That Will Blow Your Socks Away