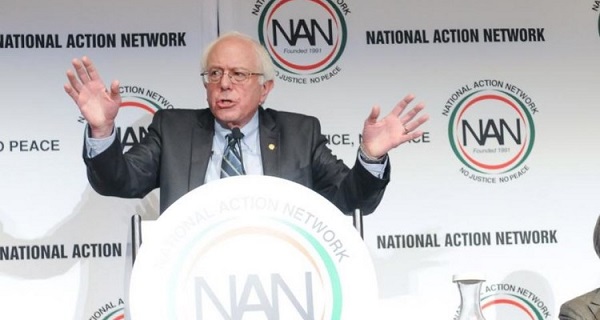 Sen. Bernie Sanders says he’ll propose legislation for rescheduling marijuana. This would remove marijuana from the DEA’s list of “most dangerous” drugs. This post from The 420 Times highlights Bernie Sanders’ move to end federal blacklisting of pot.

Sen. Bernie Sanders this week called for marijuana to be taken off the list of federally outlawed drugs.

The rescheduling or “descheduling” of pot would remove it as a so-called Schedule I drug, a group that includes heroin, ecstasy and LSD. Those drugs are said to have “no currently accepted medical use and a high potential for abuse,” according to the U.S. Drug Enforcement Administration.

Sanders isn’t making hollow pronouncements as a presidential candidate. He says he’ll actually introduce legislation in the senate that could achieve this goal.

“The time is long overdue for us to take marijuana off of the federal government’s list of outlawed drugs,” Sanders said.

Decriminalization proponents have been calling on President Obama to reschedule pot by executive order. But legislation could be more powerful and lasting, since we don’t know who are next president will be.

But it seems like this would be a long shot given that congress is under the spell of a group of right-wing conservatives bent on blocking legislation it doesn’t like.

If it does pass it could be great for marijuana businesses in states like California, where medical pot is legal and where recreational legalization is expected to be the subject of a statewide vote next year.

The Brookings Institution put it this way:

This would not, however, legalize cannabis nationally, says Brookings:

The amendment to the Controlled Substances Act would simply reduce the federal role in the regulation and criminalization of marijuana, and leave greater discretion to states.