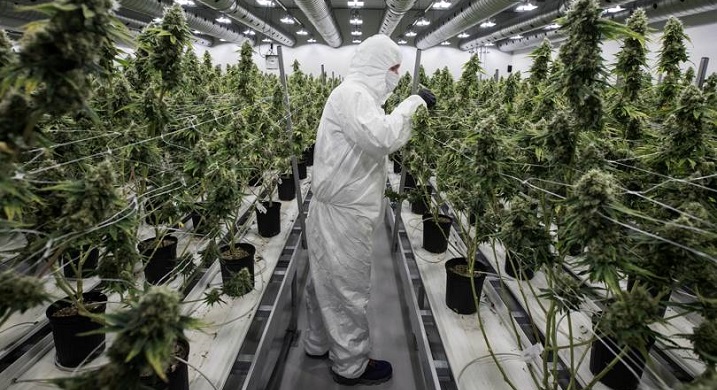 When the information floodgates open, researchers from all fields – health, criminology, policy, economy and more – will be able to collect information about cannabis use that they weren’t able to get before. This post from WIRED UK delves into why data is going to be the most exciting thing about legal weed in Canada.

Cannabis users around the world are eagerly awaiting legalisation day in Canada, with many no doubt ready to book a ticket to the Great White North where they’ll be able to smoke pot in peace. That day may still be a couple months off – on Thursday, the country’s senate voted to pass the bill with changes; it’s now with the House of Commons for another vote – but that’s not stopping Rick Kreminski from thinking about when he may be able to visit. “I’m going to Canada – I might even have to relocate there,” he says.

Kreminski, though, isn’t coming to partake in the legal weed. As the director of Colorado State University Pueblo’s Institute of Cannabis Research, he’s salivating at the potential research and data-gathering opportunities that legalisation in Canada will provide. In the US, where cannabis can be consumed in ten states, scientific research remains sparse. Until it’s legal federally, universities can’t give research subjects cannabis or test strains of it, either.

But in Canada, once legalisation occurs, all is fair game and that has Kreminski – and a heap of other researchers – rather excited. “If more people are allowed to undertake research then they’ll be able to answer the questions that a lot of people have here,” he says. “All kinds of things can be answered.”

For those interested in cannabis-related information, which includes academics, governments, accounting firms, think tanks and the average dataphile, Canada presents an enormous learning opportunity. With a population of 36 million, it will soon be the only country of any significant size where scientific research, with experimental and control groups, can be conducted.

“Canada has an important opportunity to become leaders in the area of cannabis research,” says Jason Busse, co-director of the Michael G. DeGroote Centre for Medicinal Cannabis Research at Hamilton, Ontario’s McMaster University. “There’s a lot of interest in what’s happening here from researchers and producers in other countries.”

While the US, Uruguay – the only other country where cannabis is legal – and some countries in Europe, are engaging in research activities, most of it has been observational, Busse says. For instance, one study found that in some US states where cannabis can be purchased, opioid overdoses fell by 25 per cent. The problem? Without studying this in a more scientific way, it’s impossible to know for sure what’s causing opioid mortality rates to decline.

“If we could really take down the rate of overdoses by 25 per cent on average then that would be important to discover,” Busse explains. “But because it’s observational data, you don’t entirely know for sure what’s happening. We don’t know if we have causation there.”

Soon, Canadian researchers will be able to test, in a lab setting, if the results of all that observational research is because of legalization or something else.

There’s almost no limit on the kind of data that will be gathered, either. When the information floodgates open, researchers from all fields – health, criminology, policy, economy and more – will be able to collect information they weren’t able to get before. Patricia Erikson, a sociologist at the University of Toronto, is particularly excited about the ability to conduct longitudinal studies, which is when researchers follow the same people year after year.

These types of studies, which can give researchers insights into the long-term impacts of cannabis use, have been difficult to do. Only one major cannabis-related longitudinal study has been done in the UK. But most people don’t want to share their drug consumption habits more than once, if at all. Ethical issues and a lack of funding have hampered research, too. “What we’re really missing in Canada is a really good study of users,” says Erickson.

Kreminski has a wishlist of things he’d like to learn more about, such as how cannabis use impairs functioning, the extent to which cannabis is addictive and how pot impacts an adolescent brain versus an adult brain. Some of these things, such as addictiveness, have been tested in animals, but the value of such data has its limits. “Just being able to do studies that replicate other studies will be valuable,” he says. “It’ll help settle some of these questions.”

It’s more than just academics who are gearing up for legalisation. Government agencies, such as Health Canada and Statistics Canada, will also be able to do more research, and obtain better information, after legalisation, says James Tebrake, director general of macroeconomics at Statistics Canada.

Up until this point, these agencies have had to find creative ways to measure marijuana’s impact. For instance, Statistics Canada, which collects data on economic, social and justice-related issues, is testing the THC (one of at least 113 cannabinoids identified in cannabis) content in the wastewater of six Canadian cities to determine cannabis consumption habits. When Tebrake wanted to figure out how much Canadians are spending on weed, he looked at the website thepriceofweed.com for information. Statistics Canada then set up its own website, StatsCannabis, where people could anonymously reveal how much they spend on pot.

Once weed becomes legal, Statistics Canada will be able to find out from producers exactly how much they’re selling and for what price. While Health Canada already has a survey that asks about drug and alcohol consumption habits, it will now be able to ask more probing questions, in part, because people will now respond more truthfully than they did before, says Tebrake.

Collecting this kind of data is a once-in-a-lifetime opportunity, says Tebrake. It’s not every day that he gets to study a banned product that will soon be sold in stores. “At Statistics Canada we feel we have an obligation to collect as much information as we can about this transition,” he says. “We get to collect data on what happens to a society when something goes from illegal to legal.”

The rest of the world will be happy to know that Statistics Canada plans to share as much information as it can. It already has some data on its Cannabis Stats Hub site, but Tebrake says there’s a lot more to come.

Academics like Kreminski will be paying close attention to the data that will soon come out of Canada and he’ll be reading the many papers that researchers will finally be able to produce. That visit north may happen sooner than later, too. “A lot of researchers could be quite interested in collaborating with Canadian researchers,” he says. “We’ll see how it all plays out.”