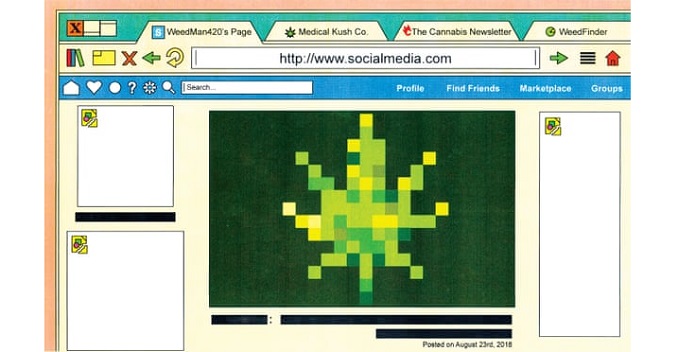 YouTube and others are erasing the accounts of marijuana brands, limiting their ability to advertise. The consequences of a ban can be disastrous for a business. This post from The Guardian discusses the extent of big tech’s cannabis cleanse.

Got a question about cannabis? If so, then YouTube has long been a place to go. The platform’s power was something Green Flower Media understood well. The California company, which produces cannabis content focused on health and wellness, had posted hundreds of videos with titles like “What is cannabis terroir?” and “How to use cannabis with intention”.

The videos racked up millions of views, says the company’s CEO, Max Simon. But then, a few months ago, “YouTube decided to go on a cannabis cleanse.” Simon says their channel disappeared and that they have been “provided absolutely no recourse whatsoever”. (A spokesperson for Google, which owns YouTube, said there is a way to appeal.)

Simon interprets the ban as a sign of the pervasive stigma against the drug. It probably also reflects a powerful company doing the safe thing while the technology industry faces unprecedented scrutiny surrounding privacy, free speech and other issues.

Neither Google nor Facebook, the two most important internet companies, accepts marijuana advertising and both have been known to erase cannabis-related accounts without warning. Both companies say they want to allow discussions around the drug but not facilitate commerce. While attitudes about cannabis have been changing, it remains illegal almost everywhere they reach.

That approach has created problems for the marijuana companies trying to get their brand out.

Instagram, which is owned by Facebook, is the dominant platform in the cannabis world. It’s where aficionados go to discover the latest pipes, the dankest crops and endless memes of cartoon characters getting high. For those in the know, Instagram can also be a place to search for unsanctioned cannabis markets.

Facebook and the cannabis industry have more or less reached a detente where companies can post but not advertise. But there are exceptions, and enforcement can be spotty or arbitrary. A Facebook spokesperson said the company has been cracking down on opiate sales, which has probably resulted in a “shadow ban” that can make cannabis-related pages harder to find through Facebook searches, including those from mainstream media sources and government agencies.

At Facebook, the system for determining whether an ad is appropriate – which involves the judgment of both a human and the algorithm – is not exact, a spokesperson acknowledged.

For a time I advertised my cannabis newsletter, WeedWeek, on Facebook, until it stopped accepting my money. After I appealed against the decision, someone explained: “The ad was disapproved correctly for facilitating or promoting illegal products, services or activities.” This isn’t exactly true, but as a private company they have broad leeway to determine who can advertise. Facebook and Google have also banned ads for tobacco and restrict ads for guns and other weapons.

The consequences of a ban can be disastrous for a business. Kyle Porter, the president of CMW Media, a cannabis marketing and PR firm, thought he was safe promoting a client that supplied hydroponic equipment frequently used by cannabis growers. He was wrong. Facebook banned him from advertising anything, for life. “As a marketing professional you can imagine how devastating that can be,” he said.

“There’s no further action that you may take here,” someone at Facebook wrote to Porter with Kafkaesque authority. “Please consider this decision final.” Porter added that Facebook is sophisticated and rigorous with its enforcement.

It has forced him to scramble for alternatives. “We just started Yahoo ads. I know that sounds silly but they’ll take us,” Porter said. They have also begun using influencers to market their products for them through social media, which he describes as a new form of guerrilla marketing.

The lack of receptiveness from Facebook and Google is a serious concern for pot companies, which are limited in their access to traditional advertising through print media, radio, television and billboards.

For cannabis businesses, limited advertising options mirror the struggle to operate financially in a quasi-legal world. “A lot of people talk about banking being an issue, but to have money coming into the bank you need to be able to advertise effectively,” Valdez said. “Before you have a banking problem you have an advertising problem.”