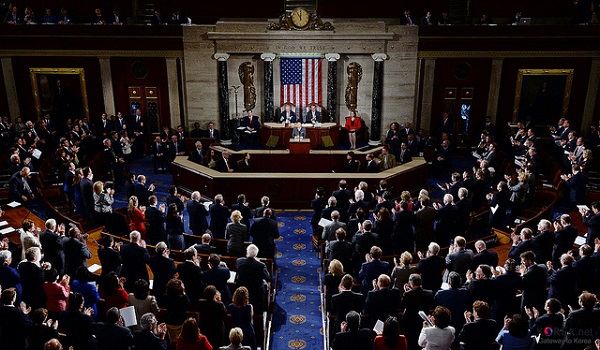 A legislation pending in congress seeks to reschedule marijuana, and exclude CBD from the federal definition of cannabis. This post from The Leaf Online discusses the measure, HR 715, in more detail.

Legislation has been introduced into the US House to amend the Controlled Substances Act so marijuana is no longer classified as a Schedule I controlled substance and to exclude cannabidiol (CBD) from the federal definition of cannabis. The National Organization for the Reform of Marijuana Laws, NORML, has launched a letter-writing action campaign in support of the bill.

Twenty-nine states now permit physicians to authorize marijuana therapy to qualified patients. Cannabidiol, or CBD, is a non-mood altering constituent in the cannabis plant that possesses a variety of therapeutic effects, the best known being its anti-seizure properties. Over a dozen states recognize by statute that CBD is safe and therapeutically effective.

The government has been lying about cannabis for decades

The cannabis plant’s schedule I classification has long been inconsistent with the available evidence. Most recently, the National Academy of Sciences, Engineering, and Medicine released a comprehensive report acknowledging that “conclusive or substantial evidence” exists for cannabis’ efficacy in patients suffering from chronic pain, multiple sclerosis, and other conditions. This finding is incompatible with the plant’s Schedule I status, which opines that it possess “no accepted medical use in the United States.”

Rescheduling is a partial, not a complete reform

While simply rescheduling marijuana under federal law, rather than descheduling it entirely, will not end federal prohibition, it will bring about some needed changes in law. At a minimum, it would bring an end to the federal government’s longstanding intellectual dishonesty that marijuana ‘lacks accepted medical use.’

It would also likely permit banks and other financial institutions to work with state-compliant marijuana-related businesses, and permit employers in the cannabis industry to take tax deductions similar to those enjoyed by other businesses. Rescheduling would also likely bring some level of relief to federal employees subject to random workplace drug testing for off-the-job cannabis consumption.

“For these reasons, we urge your support for HR 715,” noted a spokesperson for NORML, “while also recognizing that ultimately cannabis must be removed from the Controlled Substances Act altogether. Passage of HR 715 is a first step in this process.”