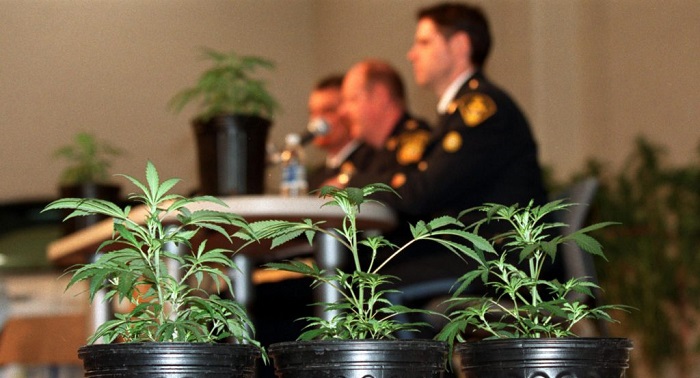 The DEA says border wall will never work, but will Trump listen? This post from High Times explores why the border wall won’t stop the smuggling of illegal drugs.

As Donald Trump continues to rant about how his border wall will stem the flow of illegal drugs into the United States, there is one major problem, among many, with his deranged, short-sighted plan: drugs coming into the U.S. are mostly arriving by plane, boat or hidden in vehicles, according to the DEA and the Government Accountability Office (GAO).

As with tunnels, aircraft were predominantly used to move marijuana, which accounted for 98 percent of associated seizures. The preference for marijuana is likely a result of the fact that most pilots work as subcontractors for drug traffickers and are financially responsible for the load, the report noted.

These land movement techniques are changing, especially in the case of bulky weed shipments, even now, without a border wall.

The reason for this, according to the DEA, is that the most common method of smuggling is still through official U.S. entry points where drugs are concealed in passenger vehicles or hidden among legitimate goods on freight vehicles, something that will also not be significantly impacted by a border wall.

Speaking Monday at a joint news conference with Finland’s president, Trump repeated his mantra that “drugs are pouring in at levels like nobody has ever seen. We’ll be able to stop them once the wall is up.”

As the world watches the catastrophic flooding in Houston, Trump has not been able to maturely respond to an offer from Mexico to help with disaster relief, as they did when Mexican troops provided aid to U.S. residents in the chaotic aftermath of Hurricane Katrina in August 2005.

So far, Trump’s response to Mexico’s offer has been to mumble about “the wall.”

On August 27, at the height of Houston’s devastation, Trump tweeted:  “With Mexico being one of the highest crime Nations in the world, we must have THE WALL. Mexico will pay for it through reimbursement/other.”

So, let’s say he caries out the promise he made to his adoring fans in Phoenix last week when he said: “If we have to close down the government, we’re building that wall.”

Anyone who reads the news on a semi-regular basis, which the unhinged president probably does not, would surmise that drug traffickers are more than capable of adapting new methods.

Therefore, Trump’s incoherent babbling about “the wall” is yet another of his sinister ploys to keep his racist followers happy and cheering him on, something his own narcissistic ego desperately needs.