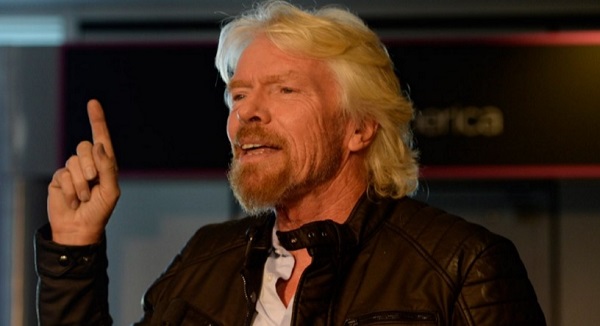 An inside view of billionaire Richard Branson’s private tour of a Colorado substance abuse treatment facility that is partially funded by marijuana tax revenue. This post from The Cannabist reveals why Richard Branson spent extra time in Colorado.

After corporate mogul Richard Branson celebrated the launch of his airline Virgin America’s service to Denver International Airport on March 15, the self-made billionaire quietly toured a north Denver substance abuse treatment facility that receives some of its budget from marijuana taxes, The Cannabist has learned.

Branson’s team instigated the short meeting — with representatives from the marijuana industry and officials from the Colorado Department of Human Services — via a call to Colorado’s director of marijuana coordination Andrew Freedman.

A meeting was set up at an unnamed Denver substance abuse treatment facility, where Branson was given a tour followed by a meet-and-greet with state officials, cannabis industry players and health professionals.

“There was never a blanket statement of why he was there, but we do know that Mr. Branson is interested in drug reform policy that prioritizes treatment over criminal penalties,” said Robert Thompson, public information officer for the Colorado Department of Human Services. “He wanted to see how this treatment program funded by marijuana dollars was helping people recover rather than having them sent to jail.”

“Branson has been a big supporter for drug policy reform for a decade-plus,” Vicente said. “He’s on the board of (the Drug Policy Alliance). He speaks at conferences. He’s been using his position as a prominent businessman to champion the cause of reform — drugs generally but marijuana specifically.

“He views Colorado as a leading example of how to regulate marijuana, as well as providing funding in novel ways to incredibly important programs like substance abuse treatment, which is always underfunded.”

Branson did not immediately respond to a number of e-mailed interview requests on Tuesday, but he did write in his blog in October 2015: “Drugs should be treated as a health issue … so that the millions who continue to be harmed by current policies can be helped instead.”

The Denver drug abuse treatment facility Branson toured is a residential in-house treatment program for adolescents that is part of one of the state’s largest providers, according to DHS’s Thompson.

“On the tour of a wing in the treatment facility, he asked about what they did and how they did it. It’s a program that’s funded by marijuana tax revenues,” Thompson said. “Mr. Branson and his entourage didn’t want too much fanfare around this. He seems to be in a investigatory-type of mode. He wanted to learn about how things are going in Colorado with the legalization of marijuana, how things were going with collecting taxes and distributing taxes, and looking at the programs that benefit from marijuana tax dollars, including the one he toured.”

Added Vicente: “It was powerful in the sense that we know that drug treatment is underfunded. People desperately need this help. Certain treatment facilities are receiving substantial amounts of money directly from marijuana sales. It’s helping solve the age-old problem of how we provide funding for substance abuse treatment. We can talk about numbers on paper, but when you’re touring a facility that receives this funding, it’s powerful.”

Vicente said many of the patients in the substance abuse treatment facility were battling heroin, alcohol or marijuana addiction.

After Branson’s intimate tour, he was greeted by a panel of local leaders.

“We had experts from CDHS in the way of substance abuse treatment, members of the marijuana industry community and other members from the treatment facility,” Thompson said. “We were there just in case he needed us, but he didn’t. After the tour, he came in, said hello and we asked if he had any questions. He said ‘thanks’ and ‘thank you for setting this up for us.’ And he left for his plane to Turkey.”

“This was a unique opportunity to meet with a global figure,” Thompson said. “This wasn’t just any business person. He’s a global figure, Richard Branson, who people listen to. He makes quite a difference in the world in the areas in which he’s interested, and if we’re able to help him build his stable of knowledge on the legalization of marijuana, how it’s working for us, we would have been remiss if we hadn’t taken the opportunity to do just that.”

“He’s a thought leader, a universally respected business leader, and he has a big podium he stands upon,” Vicente said. “People listen to what he has to say — and not just people who follow Virgin Media. He has breakfast with powerful world leaders daily. Him speaking out on this topic is incredibly important and can influence other power brokers worldwide.

“The fact that he took this stand and focused on Colorado speaks to the work being done here.”

Branson has a history of speaking out on drug reform. In a 2012 CNN op-ed Branson wrote on the U.S. drug war, “In business, if one of our companies is failing, we take steps to identify and solve the problem. What we don’t do is continue failing strategies that cost huge sums of money and exacerbate the problem. Rather than continuing on the disastrous path of the war on drugs, we need to look at what works and what doesn’t in terms of real evidence and data.”

Featured Image: Richard Branson, founder of the Virgin Group, speaks at a news conference during the launch of Virgin America’s air service at Denver International Airport on March 15, 2016. Branson is a longtime advocate of drug policy reform and during his time in Colorado, he also visited a drug treatment facility that is partially funded by the state’s taxes on recreational marijuana. (Andy Cross, The Denver Post)