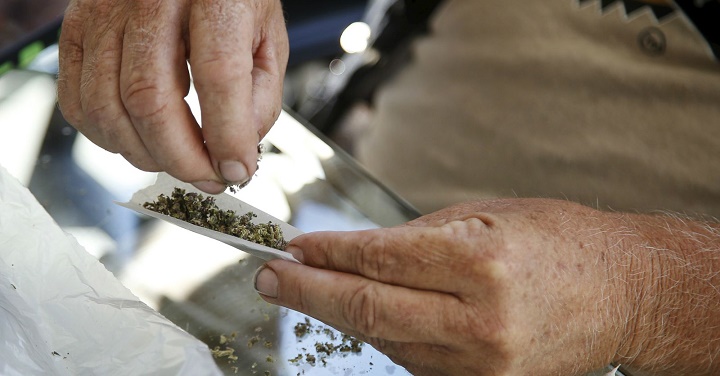 There’s a cynical business case to make for opposing marijuana legalization. This post from Quartz highlights how the prison industrial complex is bankrolling efforts to keep pot illegal.

A food service company is spending tens of thousands of dollars to fight an effort to decriminalize marijuana in Arizona.

Services Group of America, which contracts to provide prison meals, has given some $80,000 to Arizonans for Responsible Drug Policy, a group fighting Prop 205, which would make it legal for adults in the state to possess, buy, and grow cannabis, and lay the legal groundwork for commercial operations like those in place in Colorado and Oregon.

Since September 2015, Arizonans for Responsible Drug Policy has reported 46 contributions totaling more than $2.1 million, according to state disclosure documents. Of the contributors, only five reported giving more money than Services Group of America. The ballot measure goes to a vote in November.

Services Group of America did not respond to a request for comment on its contributions, but one possible motivation may be as cynical as it is self-interested: If the government can continue to lock away minor drug offenders—many of them non-violent—there will be more mouths to feed in the correctional system.

Other contributors’ motives appear similarly overt. Insys Therapeutics, which contributed $500,000 to Arizonans for Responsible Drug Policy, develops pharmaceutical cannabinoids, so legalizing marijuana would render some of its new drugs unnecessary. The alcohol industry has long been worried about so-called “share of buzz,” so it makes sense the Arizona Wine and Spirits Wholesale Association would give the group $10,000 to combat legalization.

Pro-decriminalization groups have their sights set on the prison population too: In the past three decades, the number of Americans in prison has increased by 375%, from about 316,000 in 1985 to more than 1.5 million in 2013, according to NBC. The number of people in prison on drug offenses has grown more than tenfold since the 1980s, and studies have shown that minorities are disproportionately affected. Those statistics have helped reform advocates get decriminalization on the ballot in seven states: Arizona, Arkansas, California, Florida, Maine, Massachusetts, and Nevada.

If the reasoning behind Services Group of America’s contributions is to ensure prison populations remain high, they’ll be contending with both billionaires and public sentiment heading in the opposite direction.