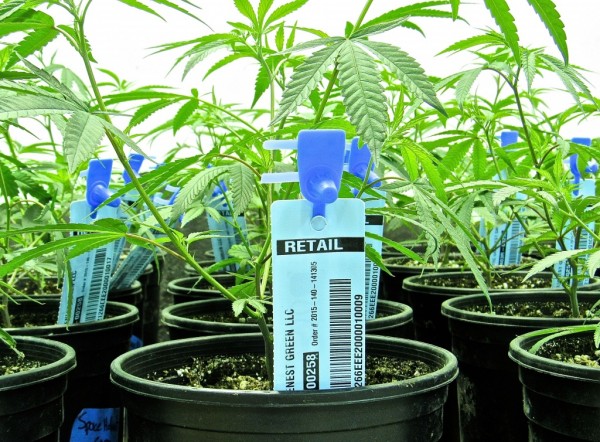 Nearly 20 years after medical marijuana was legalized in the state, California lawmakers finally agreed on a package of bills to create the first statewide licensing and operating rules for pot growers and retail weed outlets. This post from SF Gate reports how the bills passed both the Senate and Assembly before midnight Friday.

With a midnight deadline looming, California lawmakers passed a series of bills to regulate the country’s oldest, largest medical marijuana system for the first time.

Assembly Bills 266 and 243, and Senate Bill 643 passed both the Senate and Assembly before midnight Friday — all but guaranteeing their signature by Governor Jerry Brown.

The law enforcement-backed regulations call for a robust, modern, fully functional medical cannabis industry, subject to stringent regulation. The days of the Wild West in America’s first medical pot system are coming to an end.

“This will move us forward in the state of California with respect to medical cannabis. It’s been 20 years we’ve been stalled, and we have the opportunity to move in a different direction,” said Rep. Rob Bonta, regulation co-author.

“We need what this bill brings,” said regulations co-author Rep. Tom Lackey. “Put aside your distaste for this product.”

“This is a very big legislative proposal,” said Rep. Reggie Jones Sawyer. “It is very unusual to draft regulations for an industry entirely from scratch.”

Patients will still need a doctor’s recommendation to use cannabis, and can have caregivers. But the state will do away with collectives and cooperatives in favor of licensed, background checked, commercial growers, distributors and sellers. The laws call for 12 types of state industry licenses, and dual local and state licensing. City and counties can ban medical cannabis activity, or tax it.

Medical cannabis will be tested for potency and purity.

For the first time in over a century, California law fully legalizes certain marijuana activities in clear, black and white language for law enforcement: license-holders and licensed activity “are not unlawful under state law and shall not be an offense subject to arrest, prosecution, or other sanction under state law, or be subject to a civil fine or be a basis for seizure or forfeiture of assets under state law.”

Since the 1996 Compassionate Use Act, patients, caregivers and collective members have only had a defense in court against prosecution.

This laws also allow the industry to take profits for the first time — an enormous victory. Operators had been going to jail for showing a profit.

This year, lawmakers Rep. Bonta, Ken Cooley, and Reggie Jones-Sawyer all worked on regulations, as well as Mike McGuire and Jim Wood. AB 266 and SB 643 both earned support and opposition and went through multiple revisions.

“AB 266 is the result of an unprecedented stakeholder process in which my colleagues and I brought everyone to the table,” stated Bonta in a release. The offices spent “thousands of hours holding stakeholder meetings” to refine the bill.

Assemblymember Cooley commended the historic nature of the bill. “AB 266 is a historic bill. It is history-making as policy for its breakthroughs in regulation, public safety, local control and patient access. It is historic too for its method — active listening by a team of lawmakers and staff who, having opened the door to all groups connected to a devilishly complex topic, find a common center supporting consensus.”

As both neared the legislative finish line, and deadlines loomed, the Governor’s Office weighed in with its own amendments. That set off a historic, week-long series of behind the scenes meetings among the most powerful lawmakers in California. The text of the Governor’s Office was being tweaked far faster than lobbyists, let alone the state records system, could track. Activists howled they were being cut out.

By Wednesday, midday — the Governor’s Office and the leadership of both the Senate and Assembly were convening to decide who gets credit.

The final amended language came out Friday midday and passed through the Senate and Assembly by midnight.

“California has fallen behind the rest of the nation,” said Rep. Reggie Jones-Sawyer, during the passage of AB 243. “We must face that this industry is the wild wild west. And we must take steps to address this.”

Insiders say the potential for Californians to legalize cannabis for adults in 2016 forced lawmakers to act.

“There was definitely a paradigm shift in Sacramento this year,” said Sean Donahoe, Oakland Cannabis Commissioner.

“State legislators have fully realized that this is their last chance to have a say in how the initiative is going to look,” said Nate Bradley, lobbyist for the California Cannabis Industry Association.

“This is our last opportunity,” said Rep. Scott Wilck on the Assembly floor. “To not have this regulation in place already is a travesty. We need to be proactive here.”

“Thanks to the leadership of the Legislature and the Governor, we are now part of the way there. The new regulatory framework is effective 2017, giving California voters ample time to achieve the long-overdue second step next November. I have every hope and expectation that voters will strongly support a legal system of responsible adult use that improves the status quo by protecting children, improving public safety, and preventing further environmental degradation.”

“This bill is about medical marijuana, but it stands for how we will take charge of this institution to reshape the state of California. It is an excellent bill,” said Rep. Cooley, before the 11 p.m. Assembly floor vote on the final part of the legislation.