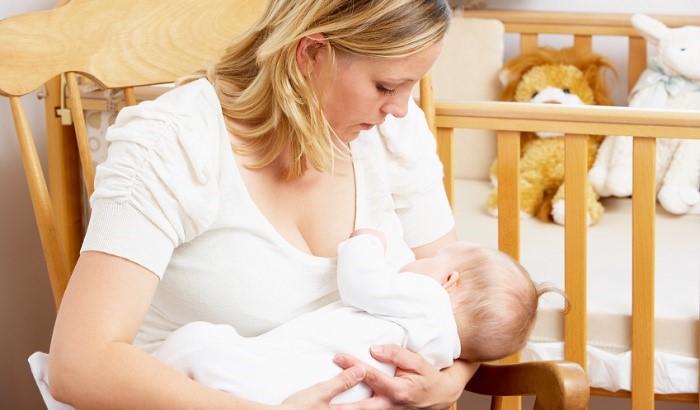 Studies have already established the usefulness of cannabinoids as a health promoting nutrient. This post from NewsTarget sheds light on how cannabinoids, like those found in marijuana, occur naturally in human breast milk!

While the medical marijuana  industry may have its engines fired,  government regulations are keeping the industry stuck in first gear . A new study, however, provides us with data that may help prompt the feds to up-shift and decriminalize cannabis. It found that cannabinoid receptors are naturally present in our bodies and that children depend on endocannabinoids. Rest assured, the industry has it’s left foot on the clutch and is ready to drop the hammer.

Several major scientific studies conclude that human breast milk naturally contains many cannabinoids which are vital to human development. Our bodies possess proteins known as cannabinoid receptors specifically designed to process them. When cell membranes are activated by cannabinoids, it offers protection against viruses, bacteria, cancer and more.

Human breast milk is a source of endocannabinoids — these compounds act as  neuromodulators that stimulate the suckling process by activating oral-motor musculature, which helps teach children to eat. Without it newborns might not want to eat or even know how.

The body has 2 types of cannabinoid receptors. CB1 exists in the brain. CB2 is in the immune system and the rest of the body. Both receptors respond to cannabinoids weather obtained from breast milk or consumed marijuana. Our bodies were built for these nutritive substances that protect everything from the nervous system to the immune system.

Endocannabinoids were discovered to be in maternal milk and CB1 receptors appear critical for extraction. The European Journal of Pharmacology published a study on endocannabinoid receptors back in 2004. Taken from which “The medical implications of these novel developments are far reaching and suggest a promising future for cannabinoids in pediatric medicine for conditions including ‘non-organic failure-to-thrive’ and cystic fibrosis.”

In a study on endocannabinoids published in a 2006 journal titled Pharmacological Reviews, researchers from the National Institute on Alcohol Abuse and Alcoholism’s Laboratory of Physiologic Studies uncovered more benefits from cannabinoids. They have the ability to promote proper energy metabolism and regulate appetite. They can also treat metabolic disorders and multiple sclerosis, but the benefits don’t end there.

Thousands of published studies show the usefulness and safety of cannabinoids as a health promoting nutrient. They have the power to prevent disease and their potential really seems limitless. With the spawn of any new market emerges a big fluctuation on a products quality and effectiveness. Luckily the scientists over at CWC Labs, the Health Ranger’s very own independent, ISO-certified lab, have developed  the means to test hemp extracts for authenticity. Mike Adams has even joined forces with Native Hemp Solutions to craft a hemp extract with lab-validated CBD content, so there’s at least one product on the market you can trust.

Source: Cannabinoids, like those found in marijuana, occur naturally in human breast milk